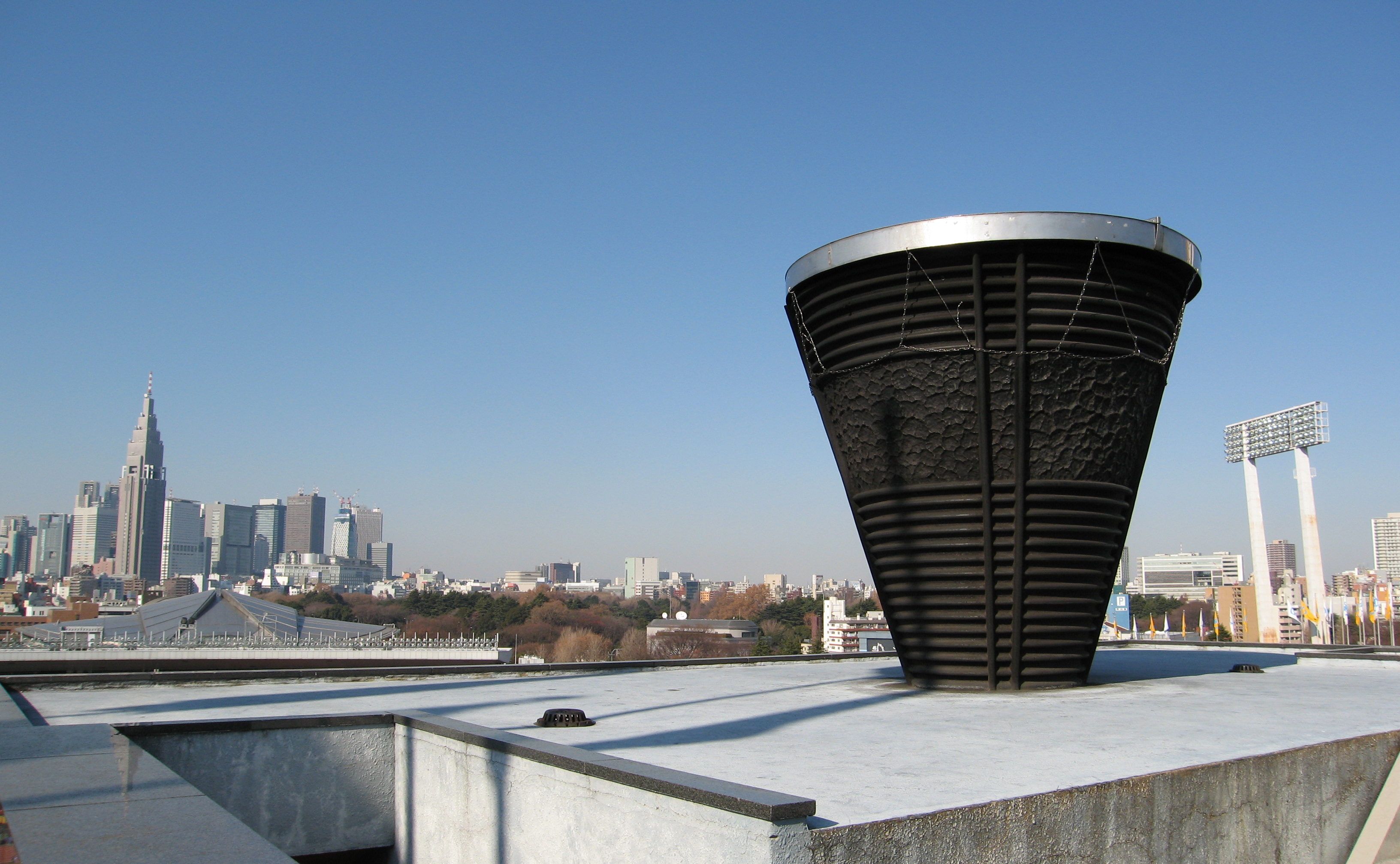 Just as the 1964 Olympics laid the foundations for the modern perception of Japan, 2020 offers the nation a chance to reinvigorate its international image.

When Tokyo became the first Asian city to host the Olympic Games in 1964, it marked a turning point in international perception of Japan. The games brought to a close the immediate post-war era and allowed Japan to reintroduce itself to the world as a peaceful, democratic, and technologically advanced nation; in essence, laying the foundation of the international image of Japan which persists through to the present day. The messaging around the Games and its various ceremonies was planned to the last detail—but even more impressive was the years-long effort made to synchronize Japan’s infrastructure program and government initiatives to ensure that the Olympic spotlight cast Japan in the best possible light. The Shinkansen, still a potent symbol of Japanese engineering prowess, opened just weeks before the Games; worldwide color broadcasts via satellite helped to highlight the nation’s technological advances.

The return of the Olympic Games to Tokyo in 2020 (another first for Asia, where no city has ever hosted the Games twice) offers Japan another opportunity to recast its international image. The nation finds itself in a very different geopolitical environment to the one which surrounded it in 1964. Perceptions of Japan remain haunted by the end of the Bubble Era in the early 1990s and the “lost decades” which followed; though the nation’s soft power efforts have won it overseas affection (and tourist dollars), its image as a technological and economic powerhouse has unquestionably been eroded. Meanwhile, the rise of other advanced democracies in East Asia, such as neighboring Taiwan and South Korea, has put Japan’s image as the region’s leading democratic state in question.

A successful, well-managed Games will do much to restore and reinvigorate the image of Japan in general and Tokyo in particular. However, as the organizers of the 1964 Games understood well, the international spotlight of the Olympics does not begin to shine at the Opening Ceremony. Rather, Japan has been placed under increased scrutiny right from the moment when Tokyo won the contest to host the games back in 2013, and international attention will only continue to ramp up as the event approaches. The minutiae of preparations for the Games – including Tokyo Governor Yuriko Koike’s efforts to demand accountability and control for spiraling venue costs – will not trouble international news broadcasts; but Japan’s current affairs, from its approaches to social issues to its relationships with its neighbors, will be under the microscope as the Games draw near.

For Japan’s progressive activists and politicians, this represents an opportunity to accelerate the pace of change. The Games come to be seen as a deadline in Olympic host nations – not just for the required infrastructure, but for any other advances, be they social, economic, technological or geopolitical, which the country wishes to be seen and promoted on the world’s largest stage. Progress on issues which have languished or moved along at a snail’s pace can be imbued with fresh urgency by giving it some Olympic relevance; doors once closed can be opened up when it’s 2020 doing the knocking.

These efforts would emphasize Japan’s investment in its future generations, challenging the narrative of an ageing nation in decline

This creates opportunities across a spectrum of issues in Japan – many of them uncontroversial and enjoying broad support, but thus far lacking the impetus to get the job finished. The notion of a constitutional amendment that would enshrine the right to free access to university education is supported by almost all political factions and would be an enormously high-profile thing to put in place by 2020. The continued problems of childcare places and costs, and the criticism that Japan’s low birth-rate is exacerbated by poor provision for working parents, is another issue that could seriously improve the country’s image were a solid solution to be put in place in time for the Games. Both of these efforts would emphasize Japan’s commitment to investment in its future generations, challenging the prevailing narrative of an ageing nation facing decline.

Other issues would face a little more resistance, but could still be tackled by 2020 given sufficient determination within civil society – and sufficient political will. The Health Ministry’s efforts to curb Japan’s passive smoking problem, for example, fell foul of strong resistance from LDP grandees in this Diet session, but will undoubtedly return to the table before the Olympics. Meanwhile, while positive and much-needed revisions to the country’s laws on sexual violence were passed in June, campaigners say much more progress is needed – and movement on other areas related to women’s rights and their status in society is vitally important for a country whose position in world rankings of gender equality remains a national embarrassment.

Arguably the area of social progress to which Japan has paid least attention, yet perhaps the one with the greatest cost-to-benefit ratio for the nation and its government, is LGBT rights. Japan’s home-grown LGBT rights movement has grown enormously in confidence and profile over the past decade, but aside from isolated measures by local governments such as Shibuya and Setagaya, no legislative or administrative effort to provide legal equality or protections to LGBT people has been made. Yet, perhaps as a consequence of Japan’s low religiosity and lack of traditional censure of same-sex relationships, opposition to such measures is minimal. A consultation in the city of Sapporo on allowing same-sex civil partnerships attracted over 1500 positive responses and only a handful of dissenters, while nationwide opinion polling frequently suggests a majority in favor of improving the legal status of LGBT people.

Even some of Japan’s prominent conservative politicians have expressed support for LGBT rights, suggesting that the political cost of enacting such measures by 2020 would be minimal – while the benefits in terms of international image would be enormous. This is an issue on which the Olympics is not the only factor creating pressure on Japan; neighboring Taiwan is set to enact equal marriage legislation in the coming months following an historic Supreme Court decision, which can be seen as a challenge to Japanese progressive leadership in the region.

While the 1964 Olympics allowed Japan to introduce its engineering and technological abilities to the world, the 2020 Games will, of necessity, be quite different in nature. Japan’s infrastructure remains a legitimate point of pride, but it’s a known quantity internationally and nothing dramatically new will be in place by the Olympics. The opportunity of 2020, rather, is for civil society groups and government to work together to challenge and reshape the international image of Japan by focusing on its democratic and civil progress – to present to the world a Japan that’s investing in its future generations, lifting up its women and minorities, and continuing to be a leading light of progressive values and democratic norms in the region.