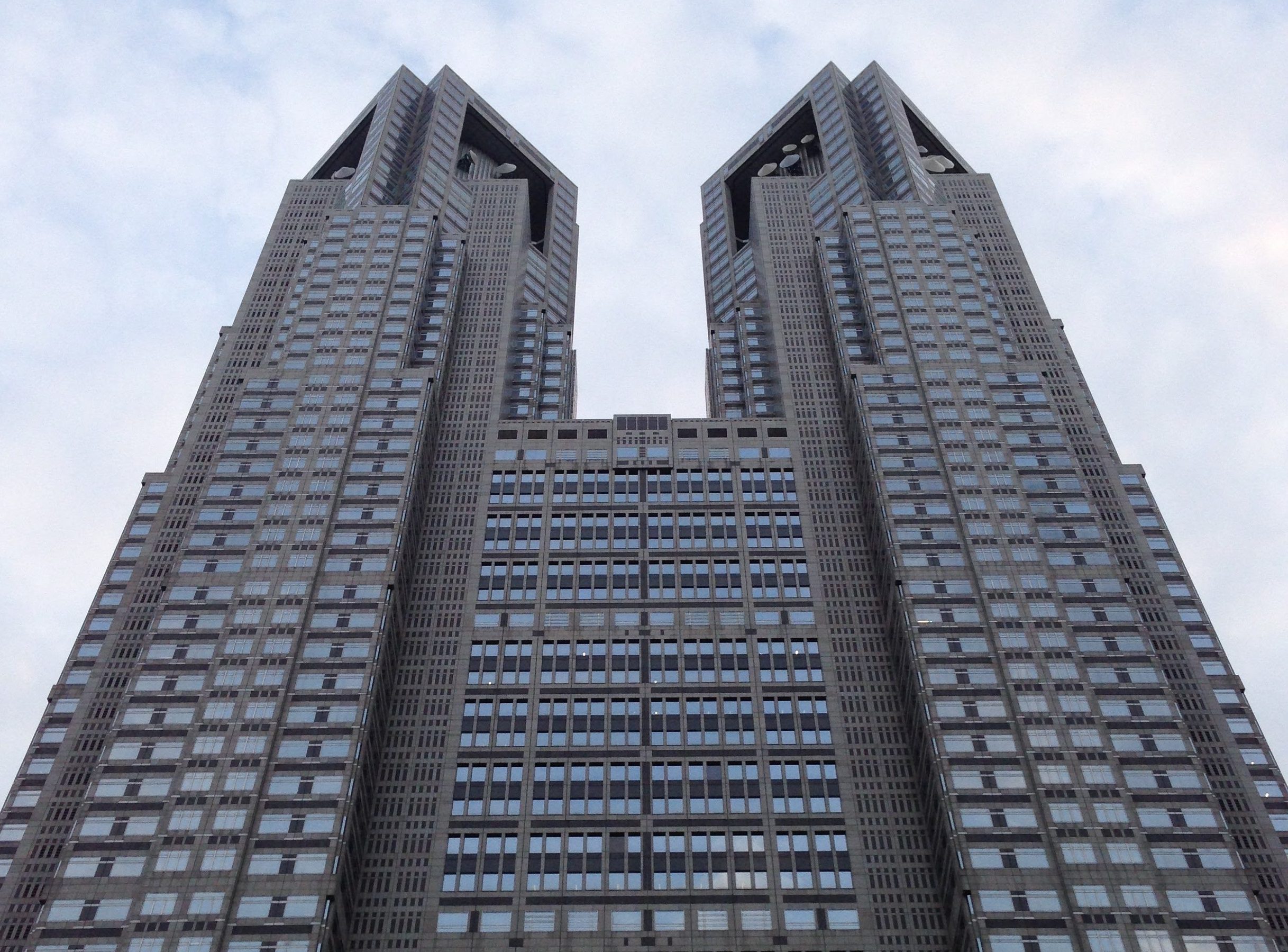 Tokyo’s elections were a stinging rebuke to the LDP government – but focusing on national consequences can overlook the local issues behind voters’ choices.

The drubbing suffered by the LDP at the hands of Governor Yuriko Koike’s upstart regional party in last week’s Tokyo Metropolitan Elections is not the first electoral upset for Prime Minister Shinzo Abe since his return to power in 2012 – but it is by far the most significant. While the LDP has been the consistent victor in national elections for both the upper and lower houses of the Diet, its track record in local races is rather patchier. It would be even less impressive if the party were not fully signed up to the notion that discretion forms the better part of valor; in several gubernatorial races the LDP has opted to back a “unity” candidate with major opposition rivals rather than face a potentially humiliating defeat.

When Koike was elected to the governor’s office last August, it was a mixed result for the LDP. She stood as an independent, defeating the LDP’s official candidate; but she was also an LDP member and a former minister during Abe’s first tenure as prime minister back in 2007. Her election was seen as a huge failure of the Tokyo chapter of the LDP – which had miscalculated her popularity and backed entirely the wrong horse – rather than a reflection of problems with the national party. In the Metropolitan Assembly elections, however, the picture is clearer. Koike resigned from the LDP to head up her own regional party, Tomin First no Kai (Tokyo Citizens First), and directly targeted LDP members’ seats across the city. Her party won 49 of the 50 seats it contested, pushing the LDP to its worst-ever result in these elections.

As such, much of the fallout from the election result has focused on its consequences for Abe’s administration. His ambitions of staying on as prime minister until 2020 are seen to have taken a major blow. His longed-for revision of the Japanese Constitution, which will require the expenditure of vast political capital to get the two-thirds vote in the Diet required even to trigger a referendum which will need 50 percent+1 approval from the electorate, looks to be on the rocks. His most outspoken rival within the LDP, Shigeru Ishiba, has been emboldened, effectively going on the campaign trail to make his case for being Abe’s successor.

Abe was met by jeering protesters at a campaign rally on the eve of the election; his ill-tempered reaction will damage his image as a “safe pair of hands”

The slightly tricky question at the heart of this, however, is just how much of Tokyo’s result is really about the national picture, and how much of it is really a question of local politics. That its consequences include a national dimension is certain – the collapse of the LDP in the nation’s capital is a profound blow to Abe’s image as a stable and steady leader with an unassailable electoral position. The optics of the election campaign are also bad for Abe nationally. His hapless Defense minister, Tomomi Inada, kicked off a storm when she appeared to violate rules regarding the political neutrality of the Self-Defense Forces by insisting that people who support the SDF must vote for LDP candidates. Abe declined to fire Inada (though she is unlikely to survive this summer’s Cabinet reshuffle); shortly afterwards, he was met by crowds of jeering protesters when he turned up to a campaign rally on the eve of the election, and his resulting flash of temper will have done little to shore up his image as a “safe pair of hands”.

Yet at the same time, we should be careful about over-interpreting Tokyo’s election result as a national political event. The temptation to lay blame for the result on the doorsteps of Abe and Inada is significant – especially if you’re Hakubun Shimomura, leader of the Tokyo LDP chapter, who was quick to point an accusing finger at Inada’s gaffe the morning after the election. This ignores the extent to which the blame for the LDP’s collapse belongs to Shimomura himself and to other Tokyo LDP grandees – most notably, perhaps, the Ishihara political family, two generations of which (former Tokyo governor Shintaro Ishihara, and former Tokyo LDP leader and current Economic Policy minister Nobuteru Ishihara) have been involved in feuds with Koike.

Koike’s popularity in Tokyo, after all, has never been founded in any opposition to Abe or to the LDP at a national level. She has scrupulously avoided clashing with the Prime Minister, limiting her skirmishes with the national government to more minor figures such as Olympics Minister Tamayo Marukawa. Her attacks on the LDP in Tokyo have been distinctly local in nature. Her election victory last year and her public profile since then have hinged on fighting political and administrative corruption that has festered in Tokyo under generations of LDP rule. The key cases she targeted were the issue of the relocation of the Tsukiji fish market to a new site at Toyosu, and questions over the costs of Olympic venues. While the concrete details of those issues are important, the overarching narrative is the salient point. Koike portrayed herself as throwing open the heavy curtains of darkened meeting rooms where huge decisions had been made in ways deliberately designed to avoid anyone taking individual responsibility. The aggressive blustering and almost comedic selective memory failures of her LDP rivals and their bureaucratic lackeys supported her case to the hilt; the Tokyo LDP chapter couldn’t have played their part in her surging popularity more perfectly had she written a script for them.

If Abe finds himself placed in a troubling position by Koike’s victory in Tokyo, then so too does Koike who now finds herself with something of an embarrassment of riches. She controls the Governor’s office, her party controls the Assembly, public support is firmly behind her and the media – even the LDP-backing conservative media – is largely on her side. The problem she now faces is that “uncovering the corruption of administrations past” is a shtick with a limited shelf life, and playing the plucky underdog battling the self-important LDP establishment is no longer possible when you’ve just kicked most of them out of office. Koike now needs to knuckle down and find new causes and projects, things that can establish her image as a good, effective Governor and not just a “kick-the-LDP” candidate.

Abe, meanwhile, may find his position within his own party to be less secure in the wake of the Tokyo defeat (though most of the party leadership is rallying around him, and Ishiba looks isolated) – but he will be comforted by the fact that his rivals across the Diet floor look even worse off. The Democratic Party also suffered a stinging defeat in Tokyo; mass defections or even an outright split look increasingly likely as the party struggles to figure out what its platform or its relevance are. Yet Tokyo did reveal the gap in the post-2012 LDP’s armor. It remains a party addicted to low turnout; the presence of a charismatic and popular opposition leader drove a turnout surge in Tokyo that washed the LDP out of power. That’s a mini-replica of what happened in 2009 nationally, and a stark reminder that the LDP’s share of eligible voters remains close to historic lows. The party’s grasp on power is sustained by the huge numbers who simply don’t participate in elections. Even if Koike chooses not to compete on the national stage in future (while I don’t doubt her ambition, the barriers to Tomin First becoming a national party remain very high), the doors remain wide open for another charismatic and ambitious opposition leader – assuming, of course, that such a person even exists.

Rob Fahey is an Assistant Professor at the Waseda Institute for Advanced Study (WIAS) in Tokyo, and a Visiting Professor at the University of Milan's School of Social and Political Sciences. He was formerly a Research Associate at the Waseda Institute for Political Economy (WINPEC). His research focuses on populism and polarisation, the impact of conspiracy theory beliefs on political behaviour, and the use of text mining and network analysis techniques for political and social analysis. He received his Masters and Ph.D from Waseda University, and his undergraduate degree from the School of Oriental and African Studies at the University of London.