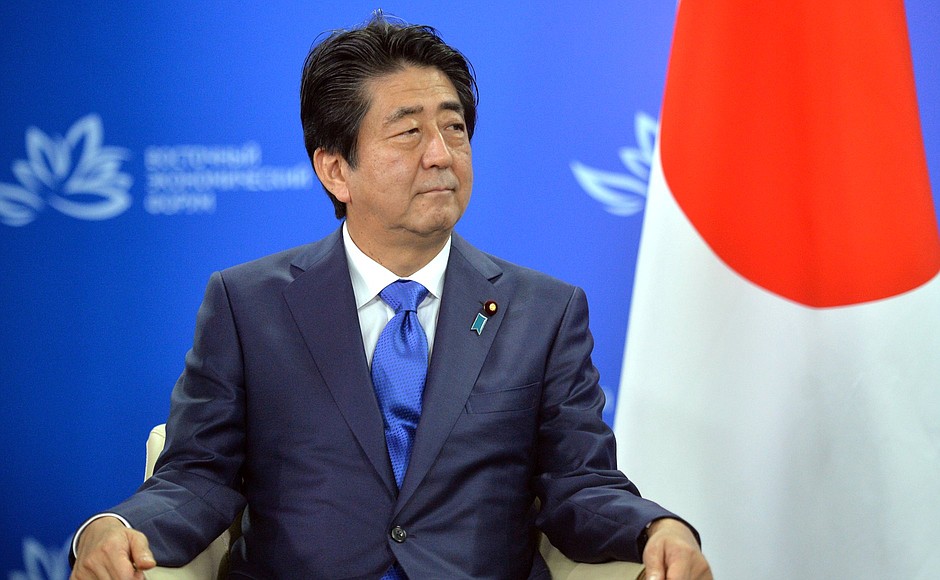 With this month’s snap election in Japan now set to feature a showdown between two major conservative parties, the Asia-Pacific region is likely bracing for a new wave of political and rhetorical hostility. However, Prime Minister Abe sent an unexpectedly warm signal to China with his appearance at a ceremony commemorating the 45th anniversary of diplomatic relations between China and Japan on September 28. Attending alongside Foreign Minister Taro Kono, former prime ministers Yukio Hatoyama and Yasuo Fukuda, and LDP Secretary-General Toshihiro Nikai, Abe stated that he hopes to visit China next year and suggested a reciprocal visit from Chinese President Xi Jinping to Japan. Abe’s speech emphasized bilateral engagements, and against the backdrop of an escalating nuclear crisis on the Korean peninsula, called for bilateral engagement with China as a way to deescalate the North Korean issue.

Commentators in Japan and abroad were quick to characterize Abe’s speech as a political move related to the snap election. At The Diplomat, Charolette Gao commented that the “rapprochement” was designed to draw public attention to Abe’s diplomatic skill before the national election1Charlotte Gao, The Diplomat, “Abe Makes a Surprise Appearance, Hails 45 Years of Japan-China Relations”, September 29, 2017. The Asahi Shimbun noted that the event was the first time in over a decade that a Japanese prime minister had attended the annual ceremony commemorating the founding of the People’s Republic, but that it occurred during a curious time where Abe’s political foundation looks unstable. In nearly all Japanese newspapers, the warming of ties was described in terms related to Japan’s upcoming election and painted as a political tactic for Abe.

Abe’s visit did not receive a warm reception in China’s media either. Coverage there also fixated on the view that Abe’s visit was more of a political move than an expression of genuine goodwill. Riding on the sentiments of the People’s Martyr Day on September 30, Chinese newspapers again called for an “earnest apology” for Japan’s war crimes during the Second World War – suggesting that the effects of Abe’s attempts at expressing goodwill have been grounded before they ever took flight. Lingering mutual distrust between the two countries will surely continue even after the elections, with both China and Japan recognizing that the relationship with China will be the biggest diplomatic challenge facing the next Japanese administration.

While it is unsurprising that Abe’s tactical extension of an olive branch to China did not result in a diplomatic accord, the “China Factor” still carries significant weight in the upcoming snap election. One of the key election issues, in light of recent events, is North Korea – an issue in which China, along with the US, is a key player. While Abe has cultivated a strong personal connection to President Donald Trump, his relationship with President Xi seems weak. As such, China’s recent implementation of sanctions against North Korea clearly originates from their own dissatisfaction with the Kim dynasty as opposed to heeding the calls of Prime Minister Abe at the United Nations General Assembly. In order to demonstrate that he has the ability to lead and effectively represent Japan during the crisis on the Korean peninsula, Prime Minister Abe will have to show a greater ability to work with the Chinese.

Another recent issue in the relationship between Japan and China has been the arrest of Japanese nationals travelling in China under espionage charges. On September 18, a Japanese man was arrested in northeastern China on suspicion of spying on key military installations2Reuters, “China arrests Japanese citizen accused of spying”, September 18, 2017. Although the Japanese Ministry of Foreign Affairs voiced strong protest, China has decided to pursue with a criminal investigation. Prime Minister Abe, who presented himself as a champion of the North Korean abductee issue, will likely face pushback from his political opponents if no settlement can be reached between Japan and China regarding the arrested man.

Finally, the issue of the constitutional reform has been a political fire-keg between China and Japan since Abe’s rise to power in 2012. Both the LDP and its new rival, the Party of Hope, include constitutional reform as part of their conservative agendas. Party of Hope leader Yuriko Koike, who was Japan’s first female defense minister during Prime Minister Abe’s first tenure in 2007, has been a frequent visitor to the controversial Yasukuni Shrine and a patron of various conservative movements. As such, even in the unlikely event of the LDP being removed from power, discussions over alterations to Article 9 of the Constitution will continue. Prime Minister Abe, meanwhile, hopes to seal his political legacy by changing the constitution – but as well as convincing the people of Japan of the necessity of this reform, he will also have to work with a skeptical China which believes that any reform would amount to a reversal of Japan’s pacifist stance. This would not only put extra pressure on Abe’s attempt to rehabilitate Sino-Japanese relations, but could significantly complicate cooperation with China on the issue of North Korea.

Relations with China have been an issue in Japanese election campaigns for nearly a decade; this election will be no exception. Despite Abe’s conservative political tendencies, his steadfast handling of the Trump administration and the Korean peninsula crisis have won respect for his foreign policy dealings. The question of the Sino-Japanese relationship, however, will have to be kept in mind by the Prime Minister as they plan their electoral campaign. Diplomatic endeavors will reassure voters that Abe is a steady hand – but any serious issues arising with China in the coming weeks could throw the electoral calculus even further into uncertainty.