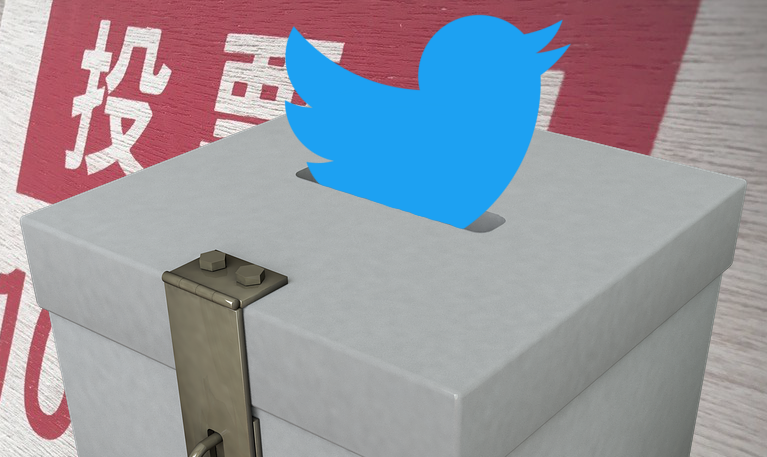 Japan’s style of election campaigning is often commented upon – usually somewhat disparagingly – by foreign visitors to and residents of the nation. Their ire is most commonly directed at the ubiquitous sound trucks which crawl along the streets of the country calling out the names of candidates over and over again from morning until evening during the weeks of the campaign. Eyebrows are also raised at the spectacle of politicians, even quite senior government figures, perched atop crates outside supermarkets to make speeches to largely disinterested afternoon shoppers, or enthusiastically shaking hands with exhausted commuters outside train stations. Compared to the hugely expensive, multi-channel assault on the senses that is election campaigning in many other developed countries, campaigning here can seem almost twee in its local, highly personal nature.

The main reason that this form of campaigning endures is that the rules governing electoral campaigns are extremely strict (even the size of posters and flyers is carefully controlled, as is the number of those despised sound-trucks a campaign is allowed to operate) and have stayed largely unchanged in the decades since the Public Offices Election Law1Government of Japan, 公職選挙法（昭和25年法律第百号） was passed in 1950. While electoral campaigns in other developed nations have changed beyond recognition since the 1950s – transitioning from what political communication researcher Pippa Norris2Pippa Norris, 2000, “A Virtuous Circle: Political Communications in Postindustrial Societies”, Cambridge University Press calls “traditional” campaigns through the TV-led, advertising-heavy “modern” campaign style to the present “postmodern” campaign, with its army of media consultants, polling-driven messaging and social media outreach – the tools available to Japanese political hopefuls in the weeks before an election have barely changed in generations.

A major change to the law finally came in 2013, when online campaigning was permitted for the first time; prior to that, politicians were expected to abstain from online activity and social media during the official campaign period. Despite much excitement over the possibilities arising from this reform, however, the actual impact has been minimal thus far. Most politicians use social media not as a way to reach new groups of voters or to promote their policy agenda, but rather as a crutch for their existing campaign activities – exhorting followers to come and hear their speech in front of a supermarket, or letting them know when exactly they’ll be shaking hands in front of a train station. There are exceptions to the rule, especially among the ranks of smaller parties (who tend to be much more effective in their use of social media), but overall it’s hard to argue that social media has made much impact on Japanese political campaigning so far.

Even if much of the use of social media in election campaigns is uninspiring, though, it’s undeniable that Japan’s politicians are increasingly turning to social media – especially Twitter, by far the most popular social platform in the country – to get their message out. The average number of tweets sent each month by sitting members of the Japanese Diet has more than doubled since the start of 2013; it peaks, unsurprisingly, around elections and other major political events, but even on a day to day basis the country’s politicians are engaged on Twitter to a far greater degree than before.

As such, the conditions may be in place for a significant change in the electoral role of social media in this month’s snap election campaign. In prior elections, it’s been smaller parties and fringe candidates that have been most enthusiastic about using online and social platforms in their campaigns. Lacking the resources and established support bases of larger parties, they see far more potential benefit from reaching out via tweets or online video streams than a five-term Diet member with a substantial kōenkai (support group) at his back might.

In this election, however, the new parties that have emerged from the turmoil of recent weeks have only a short time in which to reach out and establish themselves with voters. As such, they’re turning to every tool available to them – and social media, when used properly, is a powerful one. The CDPJ (Constitutional Democratic Party of Japan), the progressive “rump” of the fractured DP, drew attention last week when its Twitter following eclipsed that of the old DP within just a few days. Key figures such as Yuriko Koike and Shinzo Abe have also turned to Twitter to appeal to voters directly in a way that has not been common in previous elections, and most parties are lining up online events to try to rally supporters to turn out for the hastily convened election.

We should be wary of any declarations that this will be a “net senkyo” (Net Election), the starry-eyed phrase that emerged after the 2013 legal reform; the best social media campaign in the world won’t lift voters’ apathy if the parties and policy platforms on offer remain uninspiring. It does seem likely, however, that necessity will once again serve as the mother of invention, leading social media to play a newly important role in this campaign. Few voters even understand or approve of the decision to hold this election in the first place; social media may turn out to be a much more effective way to reconnect those disillusioned voters to the political process than the endless chanting of candidates’ names by inane sound-trucks.