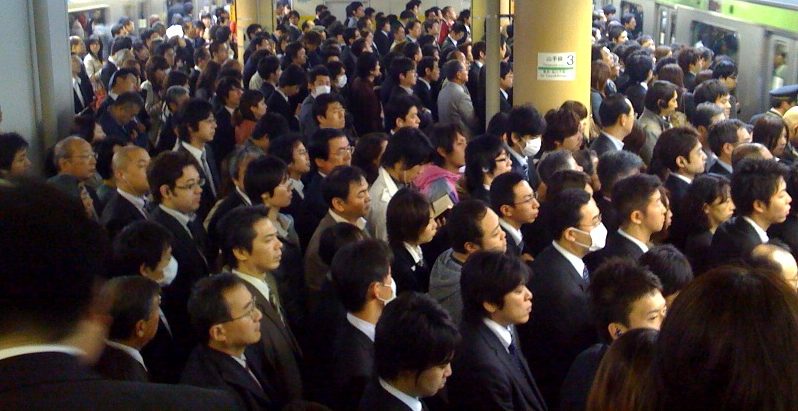 The start of April is the beginning of the new academic year in Japan, and also a key milestone for businesses and their staff. New employees, fresh from their graduation ceremonies, start work in early April, so companies also often line up transfers and promotions for older staff with this point in the calendar. Meanwhile, a new wave of first year students enters Japan’s universities. It’s a boom time for many retailers, who often advertise “shin-seikatsu” (“new life”) deals – bundles of household items for people moving to new cities (or leaving home for the first time), or discounted work clothing for new employees.

This year, the start of April also brings with it a quiet but substantial change to the labor laws that govern how the careers of many of those new employees will develop. Article 18 of the Labor Contracts Act1Japanese Law Translation, “Labor Contracts Act”, which took effect in April 2013, gives employees on fixed-term contracts the right to be moved onto a permanent contract once their term at an employer exceeds five years. April 1, 2018 marked five years since the law came into force, so the first wave of employees to whom that provision applies will have become eligible for permanent employment this week.

The distinction between permanent and fixed-term employment in Japan is a hugely important one. Permanent employees, often referred to as seishain, enjoy very secure employment – a status about as close to the famous “lifetime employment” that many of their fathers held as it’s possible to get in modern Japan. While the possibility of restructuring, bankruptcy or simply being fired do exist, it’s still a drawn-out and expensive process for a company to get rid of a permanent employee. Fixed-term employees (keiyaku-shain, among a handful of other categories), however, are only secure for as long as their contract lasts – usually a single year, at which point the employer decides whether to renew for an additional year. The instability of their situation is often further exacerbated by the fact that many fixed-term staff aren’t actually employed by the company they work at; their contract is instead with a labor dispatch company, which excludes them from the usual systems of seniority and career progression while also meaning that they could find themselves reassigned to a totally different workplace – even a different city – at very short notice.

This kind of insecure employment has become very common in Japan in recent decades. While the country’s unemployment rate is now the lowest of any OECD country (2.5 percent in February, just a slight rise from its 25-year low of 2.4 percent in January2Trading Economics, “Japan Unemployment Rate”), much of the growth in employment that’s been seen since the 2008 financial crisis has been in fixed-term, part-time or temporary work. Almost 40 percent of the country’s workers are now in irregular work of some form, up from less than 20 percent in the early 1990s3Yoshiaki Nohara, Bloomberg, May 1 2017, “Japan Labor Shortage Prompts Shift to Hiring Permanent Workers”. There’s mounting evidence that this isn’t just a problem for people’s careers and incomes; it has had a major knock-on social effect on areas such as marriage and childbirth. Among men in their 30s, 70 percent of those in regular employment are married, compared to 25 percent of those in irregular employment4Richard Katz, Foreign Affairs, June 14 2014, “Voodoo Abenomics: Japan’s Failed Comeback Plan”; the stability and security of regular employment is clearly an important deciding factor in who gets to settle down and start a family.

There is some evidence of a turnaround already happening in this field. A slow decline in the total numbers of permanent employment positions began to reverse in 2014, and last year, growth in permanent positions outpaced growth in irregular positions for the first time in decades5Statistics Japan / 総務省統計局, 2018: 「労働力調査」. As such, the impact of the five-year rule may simply be to accelerate a trend that’s already begun – while the tightness of the labor market hasn’t pushed salaries up to the extent that economists had hoped, it does seem to be encouraging employers to create more permanent positions, reversing a decades-long trend. The actual impact of the rule will likely be uneven; it will have most impact in service industry sectors that rely heavily on lots of short-term contract workers, and while it will provide security to many employees, some fear that less scrupulous employers will try to find ways to get rid of staff just before they reach the five-year watershed. The law provides protections against that – employers need to give good reasons for not renewing a contract that would have brought an employee over the five-year mark6Junichi Ueda, Yuka Kamio, Sho Ando; Lexology, March 26 2018: “Japan’s new right for fixed-term employees to request permanent contracts – how can employers prepare?” – but it remains to be seen how strictly courts will be willing to enforce those rules.

The challenge for Japan now isn’t excessively stable employment, but quite the opposite

Changing the rules to bring fixed-contract employees closer to their permanent-contract peers is likely to eventually cause some pressures from the other side of the equation as well. While many fixed-contract staff would likely prefer the stability of a permanent position – allowing them to start planning for mortgages, marriages, and children – there are also a substantial number of people who have deliberately opted for fixed-contract jobs due to a perception that they provide more freedom and a little more insulation from things like extreme workloads and overtime or enforced relocation, than permanent contracts. If the new rules bring permanent contracts within reach of more workers, they might also encourage permanent staff to start challenging some of the more unreasonable expectations their companies hold for them.

The perception of Japan as a nation of lifetime employment is one which remains stubbornly embedded in many overseas perceptions of the country. Perhaps this is because people simply haven’t updated their understanding in a while, or perhaps it’s because businesspeople and policymakers who engage with Japan are more likely to end up face-to-face with the older generation of Japanese people who still have their lifetime employment contracts firmly in hand. Either way, it’s a perspective which misses out on the dramatic pendulum swing that has occurred in recent decades. The challenge for Japan now isn’t excessively stable employment, but quite the opposite; a society in which employment stability is the baseline expectation, mismatched against a reality in which labor reform has left a whole generation of younger employees facing uncertain futures. For this year’s new crop of employees, at least, the implementation of the five-year rule might signal that a slow swing back to equilibrium is finally getting underway.