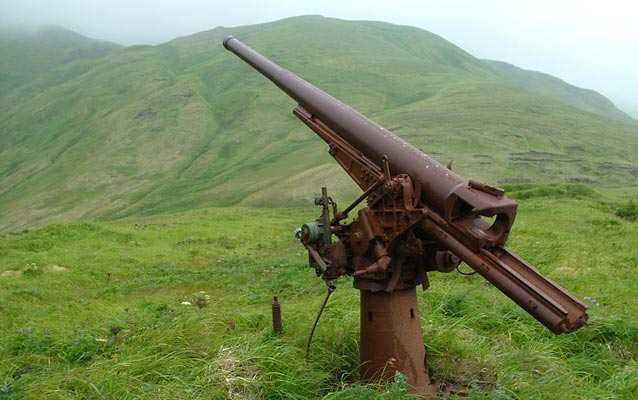 August 15 marks 73 years since Japan surrendered. The hostilities initiated by Japan since 1937 killed over 30 million – a staggering number that grows if extending the date further to the Japanese invasion of Manchuria in 1931.

Now, Japan is one of the few countries assumes that Japan has internalized the lessons of the war and can, for lack of a better expression, be “trusted” to defend democratic norms. On this count, there is far less confidence among observers.

The result is a contradiction: Japan’s ability to maintain global liberal democratic rule rests on the extent to which it purged itself of the traits that led to some of the twentieth century’s greatest atrocities and for which the postwar order was created to constrain. In this sense, the question of whether Japan has changed since the end of World War II isn’t just academic but essential; if the imperialist seed is still present, then Japanese leadership among global powers is a cause for concern.

Most are generally pleased to see Japan taking a proactive role, but the imperialist legacy still colors reception of the prospect of Japanese leadership. It doesn’t help when mainstream Japanese conservatives try dusting off prewar symbols like the imperial calendar, and a calendar is much more benign than removing prohibitions on offensive military capability. Still, the idea that this sort of behavior could ultimately signal an intent to restore a militarist regime with imperial ambitions is taken seriously in some corners. Rather than holding Japanese conservatives accountable, this concern confuses the meaning of Japan’s postwar legacy and marginalizes more serious critiques.

After all, Japan’s longest uninterrupted period of peace was managed by a military government whose bureaucrats were by necessity members of the warrior class

The concern that almost the barest defense reform would start a slippery slope to remilitarization and reconquest seems to assume that Japan is compulsively belligerent – that without a constitutional thumb pushing down on top of it, the country would revert to violence like an involuntary twitch. The idea is not just shallow cultural determinism but also overlooks Japanese history; after all, its longest uninterrupted period of peace was managed by a military government whose bureaucrats were by necessity members of the (extremely martial) warrior class, undermining the idea of a dichotomy between militarism and pacifism.

The problem is that Japan has treated its imperialist legacy primarily as a diplomatic issue, letting the various treaties and agreements signed serve as the final word on its crimes. It’s categorically false to say that Japan has not apologized for the past.  Japan has apologized – repeatedly – for its aggression in the Pacific War and paid reparations to its victims. But it stops there. Rather than lay flowers at a Comfort Women memorial in commemoration, Japanese government officials kick up the diplomatic dust. Certainly, it’s true that some countries, particularly China, use Japan’s imperial legacy as a yoke on its diplomatic ambitions and to rile up Chinese nationalism when need be. It’s also true that the historical record on specific atrocities is still unsettled. But these are third-order problems.

If Japan wants to achieve great power status and solidify its role as a “normal” country, it needs to nurture the belief  among its neighbors (the well-meaning ones, anyway) that it can be trusted, that what it aims for now is the ability to deter rivals and positively contribute to the balance of power in the Pacific. That trust will be elusive as long as conservatives continue making equivocations for Japan’s past crimes.

This is unfortunate because modern Japan has the checks and balances in place to demonstrate that it can be trusted. Domestic public opinion forms one half of a stumbling block – and a an increasingly erratic alliance partner in the United States is a testament.  It represents both the depth of antiwar feeling in Japan and the second half of the stumbling block: the deference that opposition to remilitarization is given by policymakers. In prewar Japan, rightists engaged in coups and political assassinations to ensure Japan’s imperialist mission. Today, the Japanese prime minister needs to go to his home district to advocate even for the barest constitutional revision that has no political future and to which the public – and even many lawmakers in his own coalition – view with hostility. Even if Abe were a committed nationalist whose greatest ambition is to restore the East Asian Coprosperity Sphere, his behavior does not reflect much confidence in his ambitions.

Even if Abe were a committed nationalist, his behavior does not reflect much confidence in his ambitions

It’s also worth thinking about the nature of nationalism in modern Japan. Japanese nationalists are constantly hedging or equivocating, but it’s essentially defensive – predicated on the notion that foreign agents are attacking Japan and maligning its honor. That’s why the erection of Comfort Women statues is a deeply counterproductive step in getting Japan to acknowledge its history. Rather than forcing Japan to recognize its atrocities, the statues instead reinforce the perception that Japan’s honor is under attack and must be defended. Revanchism is a common trait of European nationalists, but among the far right in Japan, one senses little nostalgia for the colonial project even as they fall over themselves to make equivocations for its crimes.

Meanwhile, pacifist norms, whether held out of moral conviction or the shame that militarism ended so humiliatingly, are deeply held and not easily moved. There is a genuine desire for Japan to become a “normal state” but such normality does not imply imperialism or even hegemony, but simply great power status. For postwar Japan, the path to achieving that status is economic and diplomatic. Full remilitarization is staggeringly expensive and requires more technical and doctrinal expertise than often appreciated, especially for a country whose demographic collapse is putting a boat anchor of several percentage points on its GDP and whose debt is more than any other country in the G7. Historical memory also serves as a reminder that militarization was a catastrophic investment when last attempted. In other words, Japanese decisionmakers have internalized the lesson that economics is a far better and safer investment in great power status than militarism.

A final, fundamental question remains – were the atrocities an aberration created by the context of the moment or do they represent something endemic and fundamental to the national character? Critics of Japanese normalization take the latter view, assuming that any easing of the restraints on Japan’s military capability will trigger an almost Pavlovian response of empire-building. Japanese conservatives, of course, take the former view. In reality, even the suggestion of changing the constitution is a bold step that shuts off the possibility of support from more than half of Japan’s population. For all of the hand-wringing about Prime Minister Abe’s determination to revise the constitution, his actual proposal is strikingly modest (constitutional recognition of the right to maintain Self-Defense Forces), and even this will almost certainly fail to pass the public referendum required for adoption – if it makes it that far. The assassinations and nationalist posturing representative of the lead up to the Pacific War have been replaced by political hedging and soft-footing.

The idea that Japan has learned nothing or is unchanged since its imperial rampage means ignoring the role of public opinion, political leadership’s acceptance of negative public opinion, the costs (relative and absolute) of remilitarization, how Japan has ordered its international strategy since World War II, the nature of its political debates, the veto points throughout the political and policy process, the role of the emperor, and more. In short, Japan does not want to remilitarize and it has the pieces in place to ensure that. That alone should be enough to indicate that Japan is a different country from the one that set East Asia ablaze over seventy years ago.  Ian Buruma put it best: “Human nature has not changed but politics have…those who choose to ignore that, and instead look for national marks of Cain, have learned nothing from the past.”