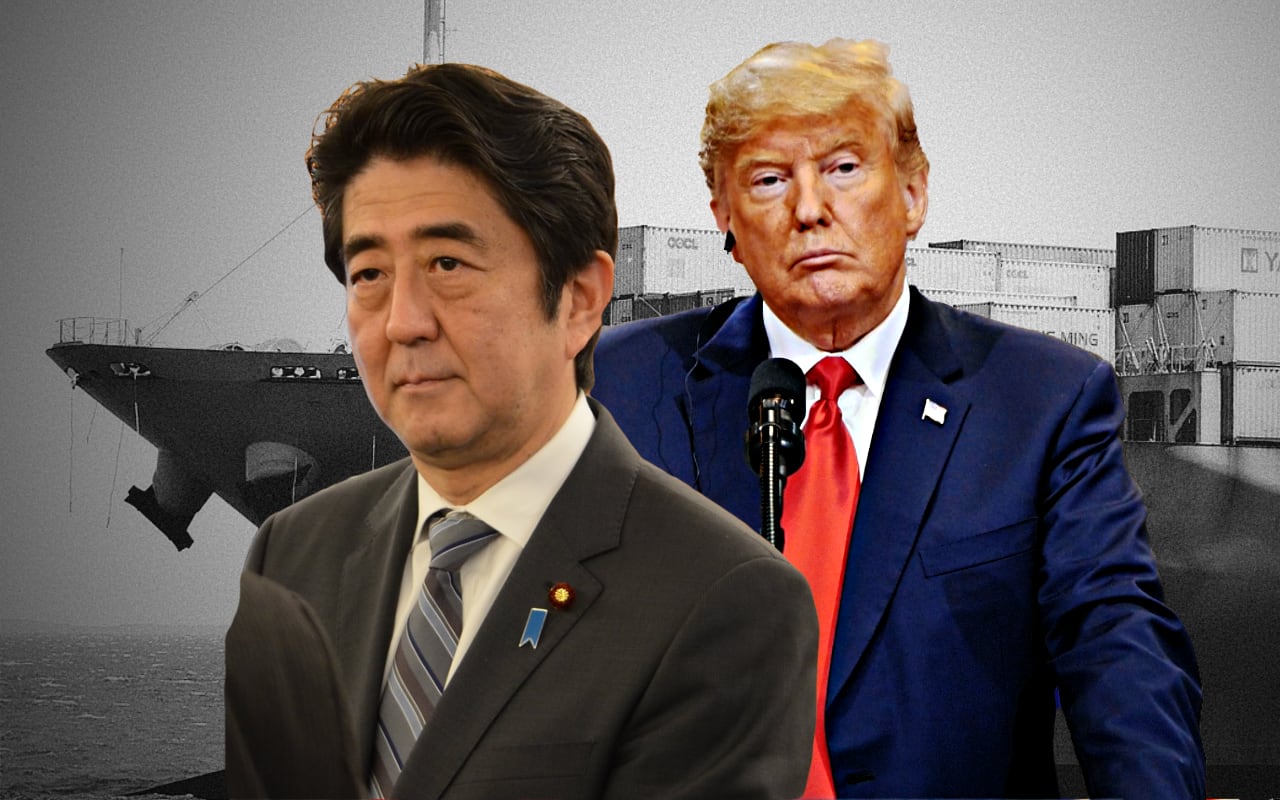 President Trump’s trade war rhetoric and threats of auto tariffs have pushed Japan into a bilateral trade deal – but it’s a pyrrhic victory for both sides.

Like a World War II holdout hiding in a Philippine cave for thirty years waiting for orders to surrender, Donald Trump is still fighting a war that ended decades ago and from which almost everyone has moved on. The way in which he talks about U.S. trade with Japan that would have been stale in the 1990s, let alone the late 2010s – yet his approach has created a reality of its own that forces others to respond, dragging everyone else into private battles that were settled long ago everywhere except the President’s imagination. At the point Trump took office, Japan and the United States had just reached agreement on a free trade pact through the Trans-Pacific Partnership. His withdrawal from the agreement meant that the two economies not only had to start over from the beginning, but on terms dictated by Trump and his (misplaced) obsession with trade deficits.

This is the context for the announcement made on August 25 on the sidelines of the G7 summit in Biarritz that an agreement had been reached in principle on a U.S.-Japan trade deal, with the final agreement to be signed during the UN General Assembly meeting in late September. Trump went so far as to say that he and Abe have “agreed to every point.” Abe, more temperately, said that the two sides had agreed on “core principles.” Regardless of what was discussed between the two leaders, Trump notified Congress on September 17 that his administration intends to enter a trade agreement with Japan addressing tariffs and digital trade. Both sides are continuing to work on language outside of the scope of the bilateral agreement that would address the bilateral auto trade and remove the threat of tariffs with the goal of having something ready when Abe and Trump meet in New York.

As with most everything with Trump, the benefits were almost certainly oversold for the sake of domestic audiences back in the United States, forcing Abe to tread carefully to avoid either undercutting his negotiating partner or raising fears among Japanese audiences that he conceded too much in exchange for too little. Abe may yet have to negotiate a more comprehensive agreement with the United States, as statements from the White House and CEO of the U.S. Chamber of Commerce made clear that a comprehensive agreement with Japan is still the goal. If an agreement is signed but fails to protect Japan from future auto tariffs, however, Abe will have overextended himself with Trump and have nothing to show for it, weakening his position domestically.

While the initial Japanese approach had been to slow-walk the negotiations, offering enough to create the appearance of progress but not enough to come close to an agreement, the Trump administration’s threat of auto tariffs forced the issue. Japan has been clear about its goals in trade discussions with the United States: immunity from auto tariffs, described as the “minimum demand”, agricultural access at the levels offered in the TPP discussions, and safeguards to help domestic sectors cope with the adjustments.

But it would be essential any language on autos would be legally binding. Japan’s concerns aren’t misplaced – Trump showed his willingness to use tariffs as a cudgel when he proposed a 5 percent tariff of imports from Mexico earlier this year if the country didn’t do more to stop immigrants from entering the United States – and also speaks to the legalist preference for Japanese diplomacy in general (South Korea can surely appreciate how strongly Japan insists on the letter of its bilateral agreements).

Trump’s major concern is the U.S. agricultural sector; a deal with Japan could help slow the damage from the trade war with China

Trump has his own domestic concerns to worry about as well, not least of all the U.S. agricultural sector which has had to endure retaliatory tariffs from China while also losing Japanese market share to other economies. In that context, the possibility of an agreement with Japan is an essential step towards slowing the disadvantages faced by the U.S. agricultural sector. Though ratification through the Japanese Diet should be straightforward provided the above conditions are met satisfactorily, getting an agreement through the U.S. Congress – in the midst of a presidential election – will be a greater challenge, which is why the United States is tailoring the agreement in such a way that it can go into effect without congressional approval.

In the big scheme of things, achieving even a limited agreement between Japan and the United States – the world’s largest and third-largest economies – is no small feat. That it is still feels like a pyrrhic victory says much about the amount of diplomatic capital that Abe has invested in Trump and the degree to which Trump has kicked holes through the U.S.’ economic engagement with Asia.

The reality of the situation is that we’ve gone from a proactive agreement, TPP, that would have set the rules of the road for commerce in Asia while opening and integrating U.S. and Japanese economies with the rest of the Pacific, to a defensive situation where the goal is to simply avoid tariffs on autos for Japan, or restore market access for U.S. agriculture. Trump’s entire strategy of brinkmanship – damaging relationships with a vital ally and expending vast amounts of U.S. diplomatic capital – will at best achieve nothing more than forcing everyone to simply get back to a slightly worse point than they were at before his administration started.