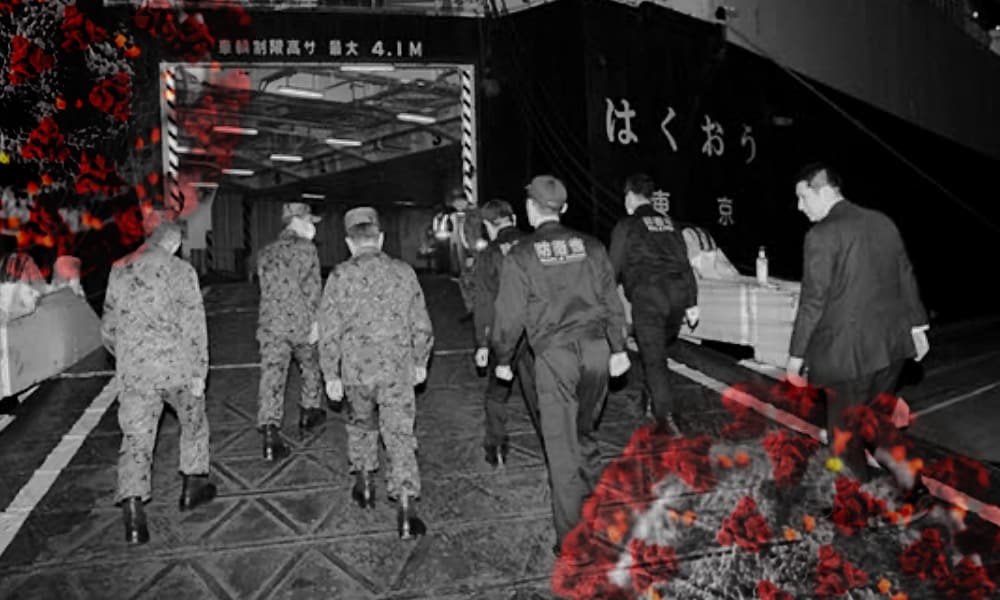 COVID-19 is the first time Japan’s SDF has deployed for a health crisis – which may be an important step towards Japan operating a hospital ship in future.

Wartime language is creeping into the way people talk about the ongoing COVID-19 crisis, with the response sometimes described as a “war on disease” and Donald Trump remarking that he considers himself a “wartime president.” This is not just rhetoric, as it invites a significant change in how governments handle the issue. Like almost all other countries, Japan is affected by the pandemic, and while Tokyo (understandably) does not invoke warfighting language to frame its efforts against the disease, it has still taken some extraordinary steps to face the challenges posed by the virus – including deploying the Self Defense Forces (SDF) as one of the primary responders for the outbreak. Japan has used its military vessels for global health missions for the past decade, and the COVID-19 response has presented an opportunity to display this capability to the public. It may even pave the way for the SDF to acquire its own hospital ship, a goal that has been so far blocked by budgetary issues and public ambivalence.

Chronology of the SDF’s COVID-19 response

Japan’s first incident of COVID-19 infection was detected on January 14, and the Ministry of Defense (MOD) became involved in supporting the Ministry of Health (MHLW) just two weeks later. On January 31, Defense Minister Kono Taro announced the deployment of the SDF to respond to COVID-19, with the Private-Finance-Initiative (PFI) ship Hakuo being ordered to serve as temporary accommodation for returnees of chartered flights from Wuhan. PFI is a government structure in which private companies manage facilities on behalf of the public on-demand; in this case, the MOD utilized a privately-owned ship, the Hakuo, for public usage, namely accommodating returnees from the virus-stricken region. Upon their return to Japan, however, passengers were sent to regular hotels rather than to the Hakuo for their quarantine stay, with 40 SDF personnel being sent to several hotels to assist the needs of returnees. Since February 6, however, following the MOD’s decision to send SDF assistance for the stricken Diamond Princess cruise ship, Hakuo was used both as accommodation and as an operational base for the SDF. This included 5 SDF doctors and 40 SDF personnel who were sent to care for 61 infected patients on board, where they ran tests on suspected patients, conducted health checkups, provided food and water, and transferred infected patients to hospitals for further treatment.

By February 10, the total number of infected patients from the Diamond Princess had risen to 135. Following this surge, MOD decided to increase the number of SDF personnel deployed to assist the ship. In addition to 5 doctors already working on the cruise liner, 3 pharmacists were deployed along with 62 personnel on-board and 69 on the ground to assist in the COVID-19 response. Notably, pharmacists were sent to the cruise ship to assist the needs of healthy passengers – due to the prolonged quarantine period, many passengers ran out of their everyday medications, so SDF doctors and pharmacists prescribed medication to ensure healthy passengers remained healthy. In other words, the SDF responded to this public health crisis not only by responding to infected patients but also by preventing healthy passengers from becoming ill. At the peak, around 240 SDF personnel per day were deployed to assist the COVID-19 response, and the SDF completed its mission on the Diamond Princess on March 3.

The SDF and health-related missions

Though it may be a surprise that the SDF has acted as a primary driver in Japan’s COVID-19 response, the SDF has in fact been involved in health-related missions for over a decade. Generally, the SDF is much better known for its disaster relief efforts than for its work on global health, with the most prominent example of this being the Great East Japan earthquake in 2011 after which the SDF provided basic human needs (food, water, housing) and hygiene care (bathrooms and showers) to the affected.

Since 2007, Tokyo has been a part of a non-combat joint military exercise called Pacific Partnership, where the participating militaries provide medical assistance across the Asia Pacific region. Through this mission, Japan has developed experience in effectively providing medical assistance through the SDF. These missions have arguably also taught Japan the enormous potential of what hospital ships can do – not only responding to global health crises, but also allowing the forces which operate them to win hearts and minds among affected populations.

Reflecting on the constant challenge posed by disasters and on lessons learned from the Pacific Partnership, Japan’s Cabinet Office established a committee in 2011 to explore the possibility of operating a hospital ship in the near future. The committee published a report summarizing its considerations in 2013, wherein they implicitly discouraged the government from operating a hospital ship due to budgetary concerns. The committee instead suggested using the PFI ships, which they considered to be a more cost-effective option than building one from scratch.

In November 2014, following the report by the Cabinet Office, a simulated hospital ship exercise was conducted using the aforementioned PFI ship Hakuo. Since then, Hakuo has been called into action several times, including responding to the Kumamoto earthquake in 2016, the Hiroshima flooding in 2018, and the Hokkaido earthquake in 2018. However, the COVID-19 response was the first time the ship was used in a disease-related setting.

Even so, the COVID-19 response was framed as a disaster relief mission rather than a disease response – because existing law does not provide for deployment of the SDF domestically for disease response. Japan’s SDF can only do what the law explicitly allows them to do, effectively eliminating the idea of “easier to ask for forgiveness than to get permission.” If the SDF wishes to expand its remit to include new kinds of response, they must justify its applicability under the current law or seek a change to that law. When the urgency of action counts, as it does in the COVID-19 crisis, there isn’t time to seek an amendment to the law; their actions can only be justified under existing frameworks.

Given that the Cabinet Office committee report was published in 2013, however, there should have been more than enough time for the Diet to make the necessary provisions to clarify the legal rules on hospital ships and the role the SDF can play in a public health crisis like the current one. So, why didn’t they do so? This was arguably a deliberate decision. Framing the SDF’s involvement in medical crisis response as a part of its broader and well-appreciated disaster relief operations, rather than as an entirely new function of the SDF, may help mitigate the negative connotations which surround any expansion of Japan’s military capabilities. Given Japan’s imperial legacy, such expansion is often perceived with skepticism both domestically and internationally – and as well as providing for assistance in health crises, hospital ships also have the potential to support soldiers at the frontlines. Japan’s imperial navy had 30 such hospital ships to complement its fighting capabilities during the Pacific War. In that sense, placing the SDF’s global health operations under the umbrella of disaster relief could give the impression that the hospital ship is not something that has the potential to be used in a coercive manner. Moreover, not changing the law allows the government to introduce changes while avoiding political controversy. Through the SDF’s strong commitment to the COVID-19 response, however, the discussion has moved a few steps forward; on March 5, a cross-partisan coalition group, including the incumbent majority LDP, petitioned the cabinet to secure a hospital ship by 2023.

Meanwhile, in Latin America, the United States and China have been competing with each other to win hearts and minds by sending their hospital ships and providing medical assistance. The hospital ship is now becoming an essential tool of great power competition. It is as yet unclear how the debate on the hospital ship and SDF’s involvement in health will change, but if Japan wants to be a “Proactive Contributor to Peace” as Prime Minister Abe argues, and if it wants to compete with the United States and China on the same playing field, Japan must better articulate the laws surrounding the SDF’s involvement in global health.

Timeline: The JSDF Response to COVID-19

Hisashi Kato is a PhD student at the University of Tokyo's Graduate School of Public Policy (GraSPP) where he focuses on comparative analysis of the U.S., Chinese, and Japanese military involvement in global health and how it shapes geopolitics. He earned his BA in politics from Gakushuin University and an MA in Public Policy from GraSPP where he was also a visiting student at the University of California San Diego's School of Global Policy & Strategy. His expertise is the global health diplomacy of Japan, and the latest work on this topic, "Japan's Health Diplomacy: Projecting Soft Power in the Era of Global Health," can be found in the journal Global Health Governance.