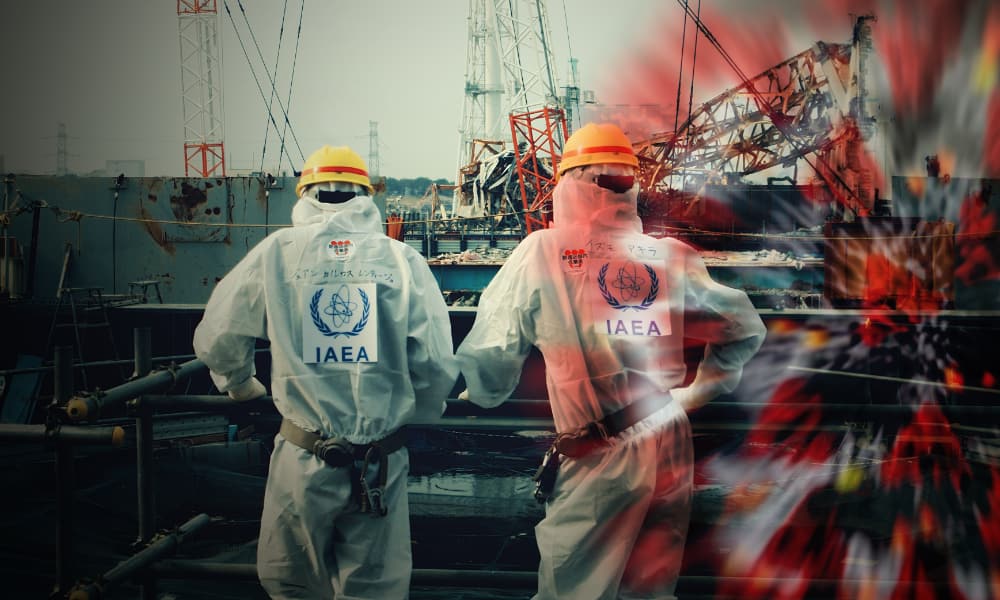 Comparing the responses to COVID-19 and the 2011 Fukushima meltdowns shows that Japan’s government learned few lessons from the disaster nine years ago.

Observing the response to the COVID-19 from Tokyo throughout March and April, one can’t help but be reminded of the time around the triple meltdowns at the Fukushima Daiichi Nuclear Plant. As in those days, rumors have swept through social media, such as the idea that people might protect themselves against the virus by microwaving face masks or using vodka as hand sanitizer. In another throwback, waves of panic buying have swept across Japan, although instead of bottled water and sleeping bags, now the hot items are face masks and toilet paper.

However, perhaps the most worrying parallel between these crises is the way political leaders have stumbled into the same communication and policy missteps as their predecessors. Understanding the connection between the mistakes made a decade ago and the errors being made now might help Japan avoid repeating the missed opportunities of 2011.

One thing disasters reveal is that, in a crisis, the main role of political leadership is often not direct action so much as communication with the public. Neither the government of former Prime Minister Kan Naoto – who was leader of the governing Democratic Party of Japan administration when the earthquake struck in 2011 – nor the administration of current Prime Minister Abe Shinzo can be blamed for the crises they faced. However, in both cases, citizens expected their leaders to explain the country’s plight and the government’s response. In this respect, both fell short.

In 2011, the Kan administration kept making statements that were immediately overtaken by events: one day, then Cabinet Secretary Edano Yukio was on TV saying there would be no radiation leaks, the next day, the world watched as a reactor at the Fukushima plant exploded. Similarly, the Abe administration seemed insufficiently aware of the threat posed by COVID-19, insisting the Olympics would go on as planned until other IOC members began pulling out. Part of the reason for this delay may have been the administration’s belief that cancelling the Games unilaterally could result in financial liabilities, due to the IOC contract. However, the government’s first concern should clearly be the health and welfare of citizens, and this prioritization was not reflected in official statements, such as when Abe’s told President Trump that even delaying the Games was “not a subject at all.”  Even after this, it took weeks of pressure from prefectural-level leaders and public health officials before the government announced preparations to declare a state of emergency. Given this sluggish response, it is not surprising that crowds continued to flock to urban districts in the Kanto region even as Tokyo recorded nearly 150 new cases of COVID-19 in a single day.

While we still do not know how far the pandemic will spread in Japan, one would have thought that the experience of the meltdowns at Fukushima would have taught the country’s leadership to avoid these kinds of overly optimistic statements, which might save face in the short run but risk breaking trust with the public in the long run. If the public does lose trust in official communications, it will lead to more of the panic and confusion we have already seen, as some infected people flee big cities, further spreading the virus, and some parents hold their children out of school even as some school administrators downplay the risk.

While such communication failures are cause for concern, they are perhaps not as worrying as another flaw in the Japanese administrative state that virus has brought to light: overly bureaucratic decision-making in moments of crisis. Japan maintains a host of corporate and government bureaucracies, many of which are necessary and well run (the relatively smooth operation of the Japan Post service during the present pandemic, compared to the dire state of the U.S. Postal Service is just one example of this), but, in times of crisis, decisions should be made by experts, especially those who are on the ground.

In 2011, one of the decisions that prevented the situation at Fukushima from spiraling even further out of control was plant chief Yoshida Masao’s refusal of a direct order from a TEPCO official working inside the prime minister’s office in Tokyo to stop pumping seawater into one of the damaged reactors. Although Yoshida’s actions were lauded, such an intervention should not rely on such an act of heroic defiance. Instead, experts, especially those with local knowledge of the situation, should be empowered.

However, in the early stages of the COVID-19 outbreak in Japan, there were already signs that government administrators had not learned from 2011. During the quarantine of the Diamond Princess cruise ship in Yokohama, epidemiologist Iwata Kentaro, a specialist in infectious diseases, visited the ship and came away appalled at the lack of protocols to contain the infection: “There was no single professional infection control person inside the ship and there was nobody in charge of infection prevention as a professional. The bureaucrats were in charge of everything.” Iwata has also criticized the later stages of the response, especially the relative dearth of testing in Japan, which by mid-April had conducted fewer tests per capita than any OECD nation other than Mexico. This limited testing regime is perhaps partially explained by the focus on containing virus clusters, but it also likely due to numerous conditions set by the National Institute of Infectious Diseases (NIID) that must be met before a patient can be tested. Indeed, in mid-March, it was reported that hundreds of doctor-ordered tests had been refused by healthcare centers. Kurokawa Kiyoshi, the head of the commission which investigated the Fukushima meltdown and himself a doctor, has noted that without widespread testing and more transparency, it is difficult to allay public concerns and figure out if focus cluster containment was in fact effective.

Despite the failings of the current administration and bureaucracies, these issues do not indicate that less government intervention is needed when responding to crises. Instead, better and more effective institutions will be crucial to responding to future calamities. As was the case in the wake of the Fukushima disaster, reforming bureaucracies and institutional structures should be a top priority, but this time around these revisions should not be allowed to wait.

After the meltdowns at Fukushima, initial waves of reform were followed by years of foot-dragging. In the months following the calamity, the nuclear regulatory structure in Japan was reconfigured so that the officials responsible for regulating nuclear power were not also in charge of promoting it. Moreover, prominent politicians, including several former prime ministers, began to advocate for weaning Japan off of nuclear power and building up the country’s renewable energy capacity. However, these plans were scrapped when the Liberal Democratic Party, which has historical ties to the nuclear industry, returned to power in 2012. Even in the face of opposition from people living in the vicinity of the existing nuclear power stations, which has kept the vast majority of the plants from restarting through lawsuits and obstruction, the government has turned to natural gas and coal as stop-gap measures, rather than invest in renewables. Moreover, despite being effectively nationalized through government bailouts, TEPCO has not changed its tone regarding Fukushima Daiichi: in the eyes of the utility, the disasters at the nuclear plant were simply an accident following a natural disaster, rather than a result of years of refusing to comply with regulators and ignoring research that showed that large tsunamis had stuck the area of the plant in the past.

Today, there are already aspects of the government and bureaucratic response to COVID-19 that are deserving of critique and indicate the need for reform. In addition to the failings pointed out above, Nobel prize-winning immunologist Tasuku Honjo has pointed the need for a centralized command center like the United States’ Centers for Disease Control (CDC) to turn to during a medical emergency. As the pandemic progresses, more institutional gaps and administrative failing may come to light and public criticism may become louder. One hopes that public health officials and members of the government, as well as ordinary Japanese citizens, do not miss this opportunity to strengthen the country’s institutions, as this will surely not be the last crisis Japan faces. Like the disaster that took place in Fukushima nearly a decade ago, COVID-19 is terrible, but it also has lessons to teach. This time, Japan’s leaders would do well to learn them.

MW Larson is the author of When the Waves Came (Chin Music Press), a nonfiction account of the Great Tohoku Earthquake and Tsunami and the ensuing recovery effort. He earned his MFA at The Ohio State University and is currently a doctoral candidate at the University of Wisconsin-Milwaukee. A former Fulbright scholar he has published fiction and nonfiction in Colorado Review, The Iowa Review, Ninth Letter, and Witness. He lives with his wife in Tokyo and teaches English and writing at the University of Tsukuba.