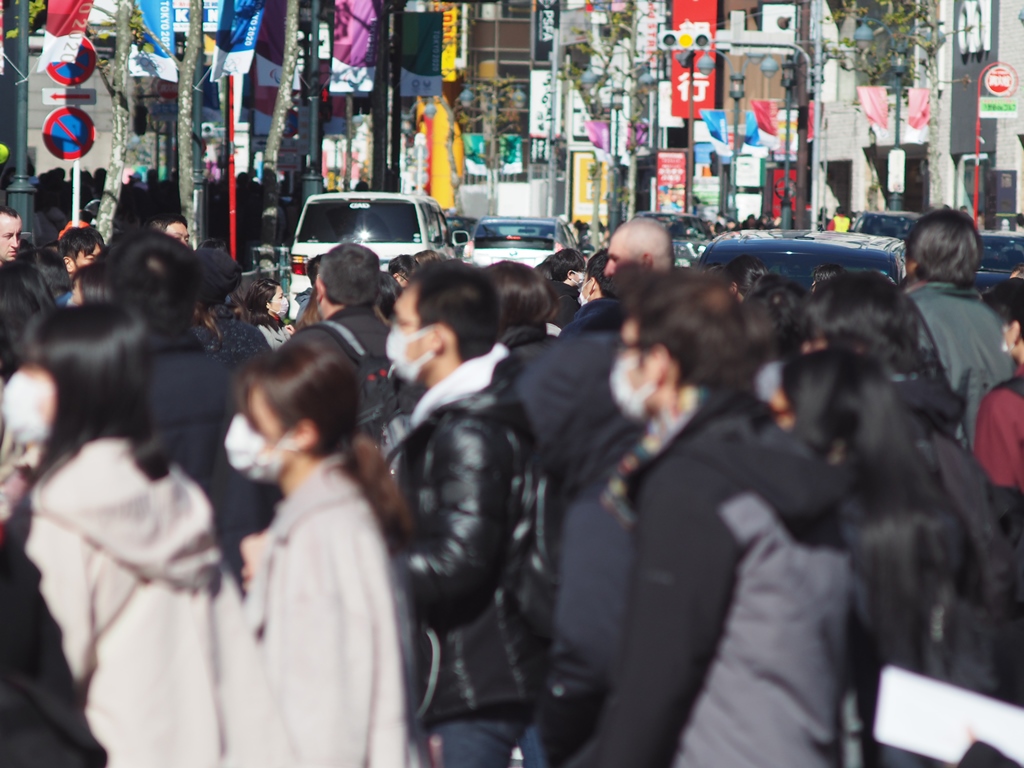 While other nations are praised for controlling the virus, Japan’s low COVID-19 death toll is often treated as a mystery at best, or even as a conspiracy.

With the COVID-19 pandemic still ongoing and a strong likelihood of future waves of outbreaks, it’s much too early to start talking about national “winners and losers,” apart from the most extreme cases. This is doubly true since there’s still much that we don’t know about the virus – such as the details of how it is transmitted, and what successful “countermeasures” actually look like.

COVID-19 is going to be a fact of life for the near- to medium-term. But this does not mean we shouldn’t try to learn lessons from the countries that have most successfully contained the virus and maintained low death tolls. With distribution of a vaccine a long way off even after one is developed, it is important to look to successful cases such as South Korea, Taiwan, and New Zealand, which have been broadly commended for their efforts. On the other hand, Japan’s response has been regarded with suspicion bordering on contempt, with the country’s low death rate – comparable to other successful countries – viewed as a “mystery” at best, or in some cases as evidence of an outright conspiracy.

This isn’t just the case in the international media. Opinion polling suggests that Japan’s own citizens don’t rate their government’s response to the virus highly. As the University of Toronto’s Philip Lipscy points out, Prime Minister Abe Shinzo’s approval rating has actually declined during the pandemic, a distinction he shares with only Brazil’s far right president Jair Bolsonaro. An online survey by Singapore’s Blackbox Research and France’s Toluna, meanwhile, showed that Japan’s response to the pandemic was rated the worst in the world by its own citizens – even worse than that in the United States.

To some extent, this is a result of how the media – both international and domestic – covers crises and crisis responses. There’s a tendency to equate a country’s response with its government, creating a narrative in which the government becomes the only actor with any meaningful agency. This is natural to a point, given that governments after all manage the levers of power, stake their reputations on policy, and seek to communicate their efforts through the media as clearly as possible. If a government is seen to act quickly and decisively and outcomes improve, it’s easy to assign credit, just as it’s easy to assign blame when a government waffles and outcomes worsen.

This approach, however, runs into a problem when there is a gap between action and outcome – such as when a government appears to waffle and dither, yet outcomes nonetheless improve. The government hasn’t necessarily earned credit for its response, but it’s not clear who deserves the credit instead. Without an obvious actor who can claim success, there’s a gap in the narrative which gets filled with all manner of explanations – either it’s a mystery (“we may never know the reasons”), it’s down to some essentialist belief about the nation (“Japanese people are obedient”), or it’s simply taken as convenient proof of whatever the observer’s priors may be (“Japan’s response proves I was right all along about [thing]”). While Japan’s managing of the virus thus far is seen as a success, few can or want to assign credit to its government since it wasn’t seen to do anything apparently “successful”.

The ham-fisted and largely unsuccessful efforts of the Abe administration to exert control over both domestic and international media commentary in recent years haven’t helped their own case. Abe’s second term has seen a concerted effort at public relations, devoting an extensive budget to public relations and establishing several media centers designed to disseminate “correct information” about Japan overseas. In reality this has been a heavy-handed effort to set the message, becoming downright petulant on sensitive issues like the legacy of Comfort Women. This has unsurprisingly created more resentment and has deepened media suspicions of Abe’s “true intentions” ensuring that he isn’t given any benefit of the doubt when something actually goes right.

Even if this is a failure of the government’s PR efforts, it reflects poorly on the impartiality and professionalism of the media who allow resentment and suspicion to color their coverage of Japan. In some cases, media outlets entertained conspiracy theories or implied shady dealings, such as the claim that the infection rate and death toll were being suppressed prior to the official postponement of the Olympic Games. While excess mortality and hospital capacity data seems to confirm the low death rate, the aura of shady dealing heavily implied by earlier coverage means the public interpret these data either as a happy coincidence or as another example of conspiracy and media manipulation.

A bigger problem for Abe than unfavorable coverage in the foreign press is that the Japanese public itself doesn’t rate his response to the pandemic very highly. This is, in part, a problem of the LDP’s own making. The party ruthlessly criticized DPJ Prime Minister Kan Naoto for “interfering” with TEPCO’s efforts after the 2011 Fukushima meltdowns, saying that politicians should step aside and let experts take the lead in crisis responses. Having established the precedent, Abe can hardly expect the public to now credit him with success in containing the COVID-19 pandemic. This credit belongs to the medical experts who have managed the country’s cluster tracing and containment efforts, with Abe at best receiving a neutral grade for getting out of their way, and at worst being criticized for failing to swiftly implement their recommendations, such as the delay in announcing the country’s state of emergency.

To the Japanese public, Abe’s role in this crisis has not been to manage the medical response; this role largely belongs to the medical experts and, to some degree, to prefectural governors who actually managed the concrete measures in each region. Rather, his job has been to live up to the LDP’s most fundamental promise to Japanese voters – that they are the most competent party to keep the economy running and the nation’s pocketbooks looking healthy. On this point, the public has found Abe’s leadership deeply lacking. His plan to provide two face masks to each household, dubbed “Abenomasks,” has been widely derided and dogged by logistical problems ranging from masks turning up with mold or human hairs in them through to many households not receiving their masks at all. The fiscal support plan for citizens, meanwhile, started life as an unwieldy and complex plan to provide up to ¥300,000 to some households, and was only replaced with a more straightforward plan to provide ¥100,000 to each individual after an intervention by junior coalition partner Komeito. Even this new plan has not rolled out smoothly, with some municipalities not expecting to distribute money until June. Support for businesses has been patchy at best, with a loan plan to support small enterprises being unavailable to many of the hardest-hit sectors – a failure reflected in only 13 percent of Japanese citizens feeling that businesses have been effectively supported in the crisis.

As far as the Japanese public is concerned, Abe’s job is to manage the economy through the crisis – and they have found him lacking

Meanwhile, the economic picture may get worse with inbound tourism – a vital growth sector for Japan’s economy – falling close to zero as well as the postponement of the Olympics and its anticipated economic benefits. This year’s national Golden Week holiday was essentially nonexistent, indicating a major hit for domestic tourism in towns and resorts all over Japan as well. Although some businesses like bars, restaurants and karaoke venues which have been asked to shut temporarily were offered financial support to close, small businesses who may not have been asked to close still have to deal with a dramatic fall in customers. All of this will have a knock-on effect on for part-time and contract staff in particular, many of whom are already finding themselves jobless or facing contract non-renewal as businesses struggle to adapt to new circumstances. Students graduating this year also face fewer opportunities during the job-hunting process as companies cut down on entry level recruitment. The LDP has long relied on the implicit sentiment that “whether you like us or not, you have to acknowledge that we’re economically competent” – a sentiment that will be sorely tested as the effects of the pandemic creep through Japan’s real economy, despite the COVID death toll itself remaining relatively low.

In terms of Japan’s low death rate, the “it’s a mystery” response seems more like a stubborn rejection of Japan’s management than a rational assessment. Omi Shigeru, deputy head of the government panel tasked with coordinating Japan’s pandemic response, suggested a trio of reasons this week – all of which are prosaic and dully practical in nature rather than the “magic bullet” that some commentators may be hoping for. For instance, Japan has a generally good healthcare system that has managed to cope with the pandemic thus far (excluding some high-profile and serious exceptions which have highlighted problems like the lack of a centralized ambulance routing service). The country took cluster tracing and containment very seriously from a much earlier stage than western nations. Finally, despite the eye-rolling and anecdotes about office colleagues who don’t wash their hands, or train station toilets without soap, Japan had already-strong norms of hygiene and health – with widespread mask-wearing and use of hand sanitizer being reinforced by the country’s previous near-misses with epidemics like SARS.

There’s still too much we don’t know about the virus to assess these explanations fully, and that will be a task for medical experts in the inevitable post-mortems of this pandemic. But Omi’s points are a much better baseline from which to start than simply declaring the whole thing a mystery or, worse, a conspiracy. Acknowledging this, however, requires looking beyond the usual set of policy actors – and recognizing that Japan’s response overall can still have been exemplary even if the performance of its central government left much to be desired.

Rob Fahey is a researcher at the Waseda Institute of Political Economy (WINPEC) and a Visiting Professor at the University of Milan's School of Social and Political Sciences. His research focuses on populism and polarisation, political communication, the Japanese political party system, and the use of text mining and network analysis techniques for political and social analysis. Rob received both his Masters and Ph.D from Waseda University, prior to which he studied at the School of Oriental and African Studies at the University of London.

Paul Nadeau is a project researcher at the University of Tokyo's Institute for Future Initiatives, an adjunct professor at Temple University's Japan campus, and an adjunct fellow with the Scholl Chair in International Business at the Center for Strategic and International Studies (CSIS). He was previously a private secretary with the Japanese Diet and as a member of the foreign affairs and trade staff of Senator Olympia Snowe. He holds a B.A. from the George Washington University, an M.A. in law and diplomacy from the Fletcher School at Tufts University, and a PhD from the University of Tokyo's Graduate School of Public Policy. He should be general manager of the Montreal Canadiens.

The Evolution of LDP Factions

On the surface the lower house election in October seemed to signal stability for Japan’s ruling Liberal Democratic Party (LDP). However, there...

Welcome to installment XXXVI (December 2021) of Sino-Japanese Review, a monthly column on major developments in relations between China and Japan that...

On the surface, Japan’s most recent general election on October 31st, did not appear to bring any major change to Japanese politics....

Welcome to installment XXXV (November 2021) of Sino-Japanese Review, a monthly column on the major developments in relations between China and Japan....

What’s Next for Japan’s Opposition?

It’s hard to imagine a worse outcome for Japan’s opposition after suffering a major blow in the general election on October 31....