Japan’s largest opposition party, the Constitutional Democratic Party of Japan (CDP) has unveiled plans to draft a new welfare policy which focuses on what it calls “basic services.” The ambitious draft aims to incorporate healthcare, aged care, childcare, and education but it has also created new disputes over just how much an opposition party can offer in the realm of policy countermeasures.

It is the latest effort by the CDP to expand its core message of being a “responsible government” with a concrete social security policy in defiance of the ruling Liberal Democratic Party. Since partially merging with their rival Democratic Party for the People, the CDP finally have the numbers to be called a true opposition, provided it can work together with the other parties. Meanwhile, the COVID-19 pandemic has provided the opportunity for the CDP to push its vision for a basic services policy in response to what it calls a “post-neoliberal” society following Prime Minister Suga’s near faux pas of promoting self-aid before government-aid.

The policy’s title bears similarity to a “Universal Basic Services” (UBS) policy recommendation by the Institute for Global Prosperity in London. In a 2017 report the institute argued UBS would be more cost-effective in lowering the cost of living compared to continuous cash handouts under a Universal Basic Income (UBI). Under a UBS concept, basic necessities such as transport, housing, food, education, and even internet are decommodified and provided with unconditional access enabling a decent quality of life to those who find themselves falling under the cracks.

UBS is also touted for giving workers more bargaining power in the labor market. Although UBI aims to achieve the same outcomes, there are concerns it would come at the expense of other welfare provisions or become a de facto subsidy for landlords. The work needed to build new social housing and insulate old properties would also benefit local economies. The CDP leadership is ideologically more amenable to this form of social and economic policy than it is to a UBI.

The potential benefits of UBS sound promising especially when considering Japan’s economic situation and the deep coronavirus induced recession. While Japan has managed to avoid a hefty coronavirus death toll, suicide rates in Japan are on the rise with a concerning spike among women and school-aged children. Meanwhile, decades of economic stagnation have left a growing number of Japanese living in poverty. According to the Organization for Economic Co-operation and Development (OECD) Japan’s poverty rate of 15.7 percent is well above the average of OECD member economies. Energy poverty and rising energy prices to either cool or heat homes claimed the lives of a record high 200 people who died of heat stroke in August alone.  Energy poverty is adding to the growing list of uncertainties facing many low-income households in Japan.

The CDP’s “Basic Services” proposal isn’t as radical as the original UK policy suggests. The first indication is that even as they push the promise of it being accessible and sufficient, it will be targeted rather than universal. The proposal instead focuses on childcare, healthcare, and education with an explicit but yet-to-be detailed goal for improving work conditions and wages. Since the Japanese government has limited power in areas of transport and housing compared to the UK, this is where supplementing people’s incomes through a UBI could come into the picture.

Even as the CDP advances its “Basic Services” proposal, disputes with other parties over the future of the consumption tax hint at continued division among Japan’s opposition

The CDP has expressed concern over the level of public spending underpinning universal welfare policies as Japan grapples with a growing mountain of national debt. It’s not difficult for voters to grasp that a country with a rapidly aging population and dwindling tax base will have few resources to expand welfare with. This is why Yamamoto Taro, leader of a smaller opposition party Reiwa Shinsengumi has leveraged his populist charisma to reach out to voters directly on theories of public spending through a series of street Q&A sessions and an aggressive schedule of online video streams. In his view—which closely aligns to that of U.S. Congresswoman Alexandria Ocasio Cortez—a country that controls its own currency never needs to default on its sovereign debt. He believes government spending can continue as long as there are real resources to move around the economy.

The CDP has also indicated plans to uphold the controversial 10 percent consumption tax hike in place since last October despite competition from Reiwa Shinsengumi pledging to repeal the unpopular tax hike. Evidently, consensus between the CDP on how to finance its ambitious welfare policy remains unclear and this is further exacerbated by sharp division between opposition parties.

A lot is riding on this new policy for the CDP. Yamamoto Taro indicated he would run competing candidates against any party against retaining the consumption tax. These threats have proven successful in convincing key actors in the opposition such as DPP leader Tamaki Yuichiro and others to drop out of last month’s merger with the CDP. We have seen time and time again that a fractured opposition has no hope of victory, and Reiwa Shinsengumi is betting on that to impose its fiscal policies.

While the CDP and the opposition face an uphill battle there is still cause for optimism. At least the opposition parties now agree on a view of Japan that is anti-austerity and are willing to reinforce it with concrete policy.  As the opposition races to formulate a favorable economic policy to ease to the economic unpredictability, competition in the realm of social security policy is a positive sign of a healthy democracy. 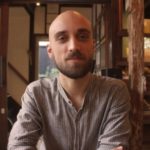