Last year Japan stepped up its global warming targets with a bold pledge to achieve a net carbon neutral society by 2050. The declaration elevated Japan as an international role model and it now joins a group of major economies such as the European Union (EU), United Kingdom, and China who have made commitments towards decarbonization.

However, announcing a carbon neutral pledge is only part of the mammoth challenge. The next notch on the carbon control dial is a concrete price mechanism to reduce Japan’s overall greenhouse gas emissions (GHG) by 2050 as outlined in the 2015 Paris Climate Accord. A low carbon economy is a long term transition and it requires transforming the underlying economic and social system in a way that lowers GHGs to a level that would maximize the marginal benefit to society (ie. reduced environmental damage).

Already some 40 national governments have adopted a carbon pricing mechanism covering 12 percent of global emissions and as the world’s fifth largest emitter, Japan remains under pressure to implement strong measures to discourage the burning of fossil fuels. Prime Minister Suga Yoshihide’s first policy speech in October called for an “aggressive approach to global warming”. Since then some 346 local governments including Tokyo, Kyoto and Yokohama have pledged to achieve net zero emissions by 2050 and have adopted a ‘zero carbon city’ label.

Currently, a carbon price is being debated by two expert study groups advising the Ministry of Environment (MOE) and Ministry of Economy, Trade and Industry (METI). However, these experts are divided over the most appropriate mechanism and both ministries are engaged in a tug of war over the idea of imposing additional economic burdens on businesses. METI holds a more cautious position on carbon pricing and has spoken about minimizing the negative impact on industry and economic growth. On the other hand, MOE is firmly in favor and sees a price mechanism as a way to bolster current GHG abatement initiatives and improve technological innovation which will contribute to economic growth. No matter which mechanism is implemented, businesses will face new costs and it has led to push back from industry groups such as the Japan Chamber of Commerce and Industry who question the effectiveness of a carbon price and favor technological innovation as the best way forward.

An emissions trading scheme (ETS) or carbon tax is seen as the single most effective mitigation tool. Both are based on the polluter pays principle which passes the cost of pollution onto the polluter. In a nutshell, an ETS entails a government determining a base level of carbon emissions it will tolerate and distributing a certain number of permits to businesses allowing them to produce CO₂ emissions. The system works by issuing fewer permits than the ‘business as usual’ emissions level and some businesses will not get enough permits they need and others will have an excess which they can sell. Inefficient companies will need to buy more permits from a market that emerges between companies looking to buy and sell. In contrast, a carbon tax let’s the market determine the level of CO₂ emissions as a higher cost of production will motivate firms to switch to more clean or renewable energy as a way to cut costs.

A carbon tax is considered a more simple mechanism that can be delivered in the form of a utility bill. But at the same time there are valid concerns over the timing of a carbon price in the presence of other taxes such as income, sales and corporate taxes which in culmination could be more harmful to the economy. METI has also expressed concern that unless a carbon tax is suitably high enough it will not work in changing business’ behavior as planned and could outweigh the benefits of adopting a carbon price in the first place. Meanwhile, an ETS is seen by some as a ‘command and control’ policy due to its arbitrary quantity targets. Either way polluters are given the option to reduce emissions to avoid paying a high price or continue with higher costs which will better reflect the price of GHG emissions in production and consumption patterns.

In Japan the vast majority of emissions from industry and residential sectors remains unpriced. According to JACCA 2018 the manufacturing sector contributes to 35 percent of overall direct CO₂, followed by 18.5 percent by transportation, 17.2 percent by business administration, 14.6 percent from households, and 7.9 percent from energy conversion. The Suga administration has highlighted that it’s not only carbon intensive sectors but also households that must be regulated through a carbon price.

While there is no national carbon pricing mechanism in Japan, the Tokyo municipal government introduced the first city-level ETS in Japan and Asia in 2010. It’s main target is commercial office buildings and factories who use the equivalent of over 1,500 kiloliters in crude oil and in its early phase a permit was approximately $50 per tonne of CO₂. Over a four year transition period the Tokyo municipal government boasted a 25 percent emissions reduction. In addition, the Global Warming Countermeasure Tax introduced in 2012 currently sits at $2.65 per tonne of CO₂ which has accounted for an annual tax revenue of approximately $2 billion. But these are modest efforts at best as they sit in stark contrast to carbon tax rates in the EU such as Sweden which charges $133 per tonne of CO₂. Japan is yet to exploit the full potential of a carbon pricing mechanism and a massive carbon pricing gap exists when compared against the OECD’s EUR 30/tCO₂ benchmark for carbon pricing.

Some fruitful considerations can be learnt from the initial transition of the EU’s 2005 ETS which covered CO₂ intensive industries. It was initially characterized by setbacks that can be explained by the decentralized cap setting process in phase one and an unconnected recession in phase two which led to a fall in energy consumption which ultimately led to CO₂ emissions being well below cap. Decentralized cap setting saw permits distributed free to firms in phase one rather than a large amount being auctioned which could have generated revenue for green projects. Meanwhile, the EU wide cap and the quantity of permits were determined by member states under The National Allocation Plans which saw firms allocated a generous number of permits without challenge by the EU. Hopes for a successful EU ETS were undone in part from a surplus of unused permits which drove the price of permits to zero. Both phase one and two were criticized for failing to significantly constrain emissions and there is debate that phase one emissions were due to the over generous allocation of permit or a greater than expected abatement.

An expert panel has urged METI and MOE to reach an agreement on carbon pricing as soon as possible in light of the EU’s plans to introduce a carbon border adjustment mechanism as early as 2023. This would impose a tax on imports from countries where GHG emissions are not adequately reflected in the price. Similarly, the Biden administration has also proposed following a similar idea. While a high domestic carbon price may hinder international competitiveness of Japanese products, ultimately a carbon border adjustment mechanism may lock Japanese products out of the EU market altogether.

Japan’s delayed action on carbon pricing will set Japan’s economic recovery back and will hamper its current efforts to tackle the climate crisis. But introducing a carbon price is not the end of the story. A well designed carbon tax must not only reduce Japan’s carbon price gap but ensure a carbon tax is priced higher than the meager Global Warming Countermeasure Tax currently in place. It’s unclear how METI and MOE can align their interests in a way that sets a carbon tax or an ETS that is fair and efficient enough to change the behaviour of companies. As a starting point both ministries need to develop a clear vision along with expectations for a carbon price that is in line with the levels needed to achieve decarbonization by 2050. 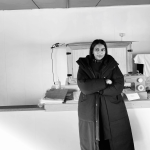