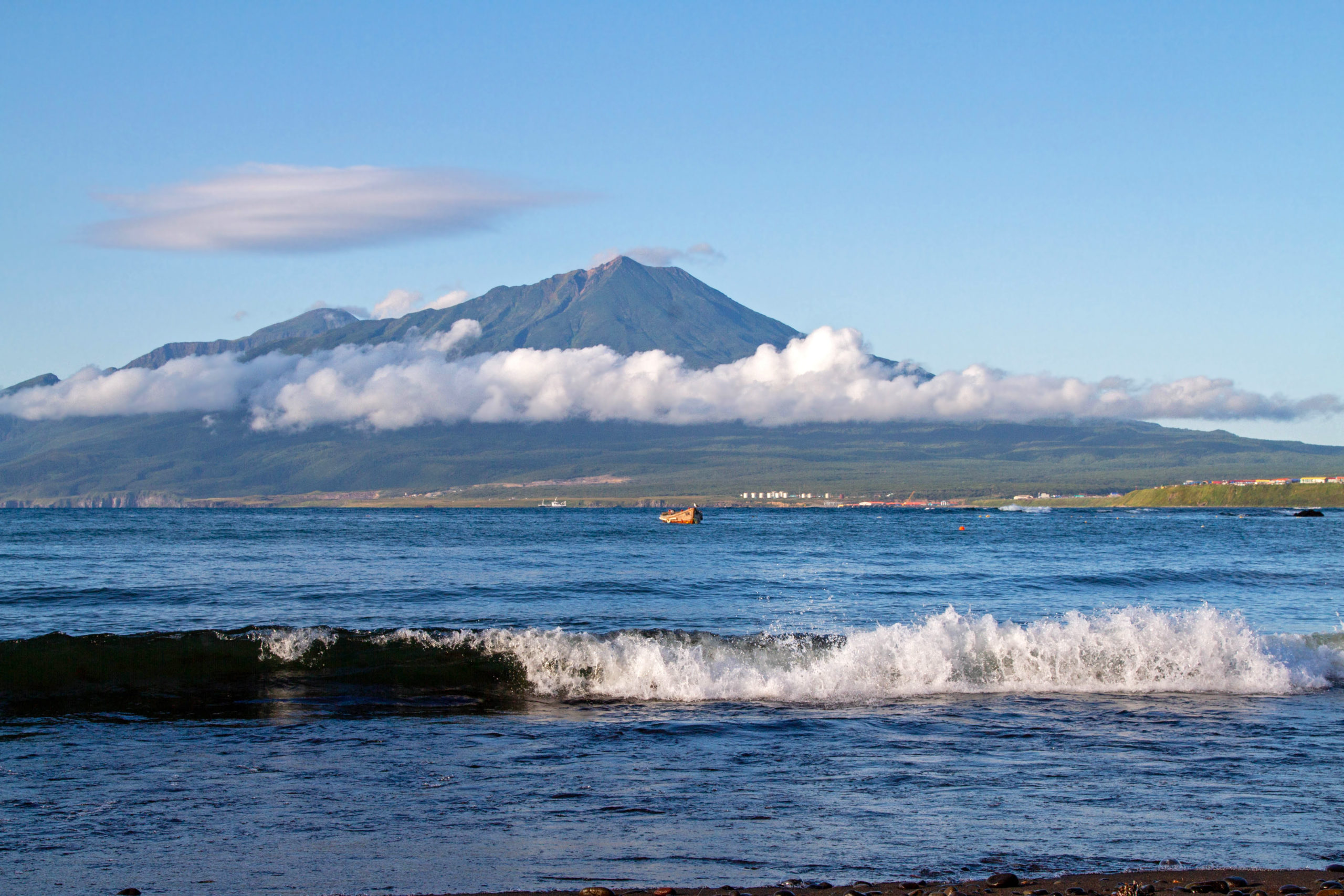 The Russian invasion of Ukraine is proving a seminal moment for global relations, with implications for geopolitics across the world. In the Asia-Pacific, much of the attention has focused on Taiwan which itself faces potential invasion from its larger and culturally similar neighbor. Yet Japan also finds itself at the center of concern about what the crisis might mean for the Asia-Pacific due to its dispute with Russia over the Northern Territories (or Southern Kurils), making the islands a tempting opportunity for Russia if they want to project strength in the Pacific or divide Japan’s priorities. At the strategic level, Russia’s exploitation of the dispute over the Northern Territories gives support to the emerging theory of a newly-solidified realignment in the Asia-Pacific, pitching the continental powers of China and Russia against the maritime allied powers of Japan, the United States, and their allies. Not only does this provide an unwelcome distraction for Japan’s already-stretched air and naval forces, it also puts Japan at the center of the strategic realignment in Asia resulting from Russia’s invasion of Ukraine.

The Northern Territories issue is a dispute over four islands northeast of Hokkaido: the Habomai Islands, Shikotan, Kunashiri (Kunashir), and Etorofu (Iturup). Each of these islands was affirmed as Japanese territory by the 1855 Shimoda Treaty, the first formal treaty between Russia and Japan, but the issue has been defined by competing claims and lines of sovereignty ever since. In the final days of Japan’s defeat in World War II, the Soviet Union invaded and occupied each island, eventually expelling all Japanese citizens in 1947. The San Francisco Treaty between Japan and the Allied Powers subsequently stated that Japan “renounces all right, title, and claim” to the “Kuril Islands,” yet did not clarify that they would be handed over to the Soviet Union. Subsequent statements from the U.S. State Department clarified that the four islands disputed today were not part of the “Kuril” islands, thus still Japanese territory. In return, the Soviet Union refused to sign the San Francisco Treaty, stating its opposition to that definition of the Kuril Islands as one of their primary reasons. To this day, Russia’s official position is that the Soviet Union legitimately occupied the islands in the war, and that no official peace treaty exists with Japan “due to Tokyo’s groundless territorial claims to the southern Kuril Islands.”

Yet the dispute has sometimes served as a motivator for Japan-Russia cooperation and reconciliation. Successive Japanese prime ministers, most notably Abe Shinzo, attempted to forge warmer ties with Russia in the hopes of a peaceful resolution, securing a final peace treaty with Russia to conclude World War II, and taking one territorial issue off Tokyo’s already-busy portfolio of similar disputes with other neighbors. This prospect gave Japan the diplomatic cover it needed to forge closer economic relations with Russia in the post-Cold War era, giving Japan a lucrative trading partner in raw materials and energy. Several lobbies in Moscow also supported a peaceful settlement to the dispute, most notably those who sought better economic relations with the Asian economic power, yet also within Putin-aligned and anti-western circles. For example, in The Foundations of Geopolitics, published in 1997 and often assigned as a textbook within the Russian military, influential ultranationalist Aleksandr Dugin even advocated for the Southern Kuril’s return to Japan as leverage to manipulate Japan’s domestic politics away from U.S. alignment and form a ”Moscow-Tokyo Axis.” In fact, the last three rounds of meaningful negotiations over the islands, in 2008, 2013, and 2019, each appear to have been initiated on the Russian side by Vladimir Putin himself. While neither side reached a workable agreement, the negotiations served as an effective vehicle for functional and cordial relations between Tokyo and Moscow.

Abe Shinzo’s efforts to strike a deal over the Northern Territories dispute served as a vehicle for warmer relations with Moscow, but it was all undone once Putin ordered the invasion of Ukraine

This consensus in Tokyo shifted completely following Vladimir Putin’s invasion of Ukraine. Within days, Japan signed on to U.S. and EU-backed sanctions against Russia, and joined efforts via the United Nations and G7 to diplomatically isolate Moscow. Japanese Prime Minister Kishida Fumio also took the opportunity to declare the Northern Territories to be “a territory in which Japan has sovereignty,” drawing a clear line that obviated the premise of previous negotiations. This comment was followed by a statement from Foreign Minister Hayashi Yoshimasa that the islands were under “Russian occupation with no legal grounds.” Additionally, the Japanese newspaper Mainichi reported that Japan is likely to designate Russia as a security “challenge” in their next revised national security strategy, placing it in the same category as China and North Korea. This is a dramatic shift, considering that the current document calls Russia a “partner” with whom Tokyo can “promote peace and stability in the international community.” While these statements can be understood as signaling the seriousness of Tokyo’s commitment to oppose Russian aggression in Ukraine, Tokyo is clearly communicating that it does not consider the Northern Territories dispute to be dormant, or even up for negotiation, from here on out.

While Russian incursions are an ongoing nuisance for Tokyo, Moscow’s renewed focus would result in a ramping up for Japanese forces, complementing similar near-daily Chinese actions near the East China Sea. Planners in Tokyo likely also fear that Russia could deny Japanese fishermen access to nearby waters, a practice currently tolerated by Moscow. While there is no indication that these military activities will stop or slow down, Russia’s logistical challenges in the ongoing war in Ukraine call into question the feasibility of supporting provocative activities at the very end of Russia’s supply chains. Nevertheless, Tokyo seems unwilling to count on any such respite in the short term.

This renewed security challenge in Japan’s north will present an unwelcome distraction for the Self-Defense Forces. Already stretched thin facing Chinese Air Defense Identification Zone and maritime incursions, the prospect of facing off against a newly motivated Russia to the North is daunting. Indeed, avoiding such a geographic splitting of Japan’s limited defense forces was precisely one of the goals of the Abe-era negotiations with Russia over the Northern Territories. The Air Self-Defense Forces already respond to anywhere between 600-875 Chinese incursions on average each year, placing a burden on the Air Self-Defense Force’s equipment and maintenance. But with Russia’s new incursions, planners in Tokyo likely realize they have little choice but to commit some additional forces to the north to deter and respond to future Russian activities, perhaps including newly purchased F-35s.

Indeed, despite a renewal of tensions with Russia, threats from China remain Tokyo’s top security priority. While Russian provocations are a headache for the Defense Ministry, the true threat is of Moscow coordinating its military efforts with Beijing’s, geographically splitting the Self-Defense Forces. Previously, Tokyo has been able to leverage its cordial diplomatic ties with Moscow to keep joint Russo-Chinese military provocations to a minimum, but the Kishida Administration’s robust stance against the invasion of Ukraine has likely ensured that Beijing and Moscow will be united in challenging Japan’s security posture. With Chinese provocations in Japan’s air and maritime buffers to its west only likely to persist, a probable increase in tensions to the north will likely only further Tokyo’s already-deep recommitment to the U.S. alliance and security cooperation with other regional partners, including the so-called “Quad” countries of Australia and India.

The prospect of China and Russia coordinating their pressure on Japan is a very real prospect as well. In 2019, Moscow coordinated a series of combined Air Defense Identification Zone incursions with China, some nearby the Liancourt Rocks, a disputed territory between Japan and South Korea. The incursions came at a particularly low point in relations between Japan and South Korea and the incursions helped deepen the split into a diplomatic row. If China and Russia coordinate now as they did then, with the common goal of unsettling U.S. posture in the Pacific along with that of its allies, Tokyo will have little choice but to attempt leverage the potential of a renewed security partnership with Seoul as much as possible.

Russia’s near-immediate ramping up of force projection along the Northern Territories is yet another data point suggesting that, besides the United States itself, Japan is the country that looms largest in Moscow’s strategic calculations for the Asia-Pacific region. Once Tokyo’s basis for negotiations seeking improved relations with Russia, the Northern Territories dispute is now the basis of a potentially renewed security challenge in Northeast Asia.

Ryan Ashley is an intelligence officer in the U.S. Air Force with extensive operational experience in East Asia and Japan and a PhD. student at the University of Texas’ Lyndon B. Johnson School of Public Affairs focusing on Japanese security relations with Southeast Asia. He is also a lecturer with the Air Force Special Operations School, where he teaches courses on Japanese politics, culture, and security. The views expressed here are those of the author’s and do not represent those of the U.S. Air Force, the Department of Defense, or any part of the U.S. government.