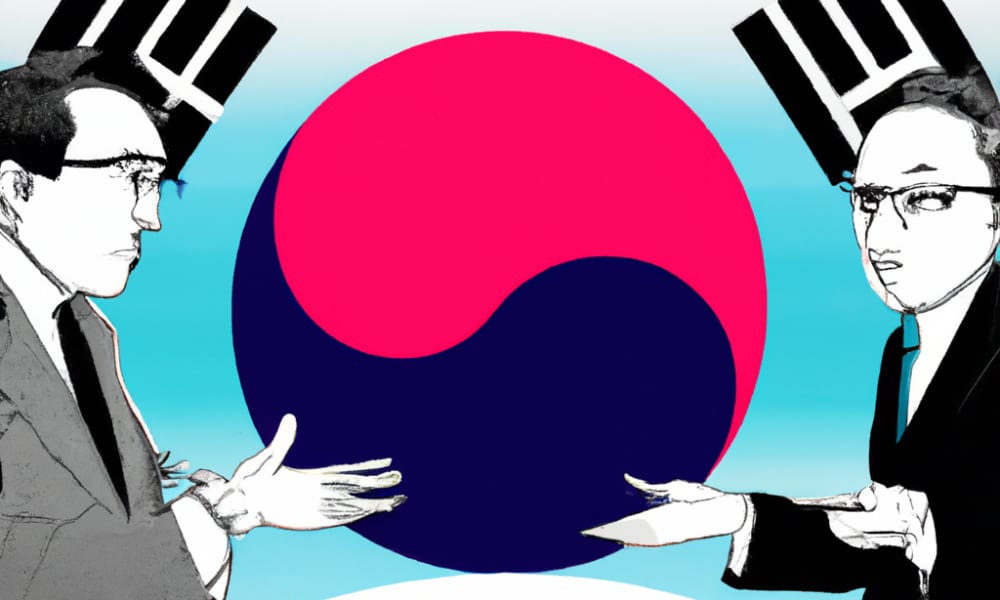 Relations between Japan and its neighbors are strained by history – but these disputes are rooted in modern economic and security concerns.

Since his inauguration in early May, South Korean president Yoon Suk-Yeol, has made a concerted effort to meet with Prime Minister Kishida Fumio to address the “history problem.” Relations between Japan and South Korea reached new lows after the failed 2015 Comfort Women Agreement and the 2019 trade disputes that defined the Moon-Abe era. The recent death of the former prime minister of Japan, Abe Shinzo, brought renewed attention to how the “history problem” hurt relations between two of the US’ major democratic allies in East Asia. In July, however, Japanese and South Korean government officials surprised reconciliation skeptics with an announcement that they will seek a resolution to the forced laborer issue that has soured relations.

Although the history issue does influence relationships between the countries, they do so differently in South Korea and China. Domestic political interests, geostrategic interests, and failures of previous negotiations are additional impediments to reconciliation. Hence, in the last 75 years, the original “history issue” has evolved into a history of issues.

Key elements of the “history problem” are the narrative surrounding Japan’s war history and what constitutes a sufficient apology. In South Korea, citizens and NGOs dissatisfied with previous treaties, agreements, and apologies, eagerly participate in seeking just compensation and a sincere apology from Japan. Victims of Japan’s historic war crimes have sought assistance from the courts when they believe their governments have failed, arguing that the comfort women and forced labor issues are “crimes against humanity” and urging the Japanese government to remedy its past actions and refrain from taking actions that would damage the honor and dignity of the victims. Former comfort women have pressured their own government, whether it is to abandon an existing agreement or to reach a new, final agreement before they pass away. Because South Korean governments regularly switch between liberal and conservative parties, South Korea’s negotiation positions with Japan can change drastically.

Conversely, Chinese citizens’ opinions on the historical disputes remain at the periphery. The concerns on historical issues are almost solely voiced by the government and deeply entangled with contemporary political debates. The Chinese leadership is remarkably stable, with turnover happening in predictable intervals, resulting in a consistent narrative. The Chinese government has spent less time discussing the specifics of Japanese colonial war crimes and instead, focuses on how Japan’s past delegitimizes its claims to contested territories such as the Senkaku/Diaoyu Islands. Moreover, the major newspapers in China are state-controlled, only discussing historical conflicts on anniversaries or in relation to the territorial disputes.

Which Issues Matter Most

Jennifer Lind has argued that apologies can be important signals to former colonies that Japan will no longer be an aggressor nation. However, since Japan is unlikely to ever settle a dispute militarily with a fellow U.S. ally such as South Korea, Koreans can focus on securing apologies and reparations for comfort women and forced laborers, sometimes to the detriment of security-related agreements. Following a 2019 trade spat, partly tied to a ruling on compensation for forced laborers, South Korea considered not renewing the General Security of Military Information Agreement (GSOMIA), an information sharing agreement designed to monitor North Korean activities. Minseon Ku has found that South Korea balances two opposing identities, one anti-communist and one anti-Japanese, which results in inconsistent policies.

China, on the other hand, tends to focus on geostrategic issues, such as island disputes, Hong Kong, and Taiwan. According to the 2021 Genron survey, 62.4 percent of Chinese participants ranked territorial disputes as an obstacle to Japan-China relations, but only 13.8 percent of participants believed historical conflicts could hinder the development of this relationship. Conversely, the 2020 Genron survey revealed that 72.2% of South Korean participants regarded resolving historical disputes as the most important aspect of building bilateral relations, while 59.9% of participants believed addressing territorial disputes would improve this relationship. Thus, although South Koreans and Chinese view historical and territorial conflicts as important, they weigh them differently.

Taiwan is a redline unique to China, and the CCP is more than willing to cite Japan’s wartime history as a reason why it should not be involved. One Chinese military spokesperson, for example, urged the Japanese government to validate the “One-China principle.” The fact that Japan colonized Taiwan in the past is often cited to show that Japan bears “historical responsibility” to the Chinese people.

The history issue shapes contemporary competition between Japan and its neighbors. While history is often invoked by politicians, security and economic interests are paramount in shaping the actual disputes between the nations. The 2010 Chinese rare earth metals ban toward Japan stemmed from a boating accident off the coast of the Senkaku Islands, which the Chinese government holds up as symbolic of Japan’s colonial past and thus a rallying point for Chinese nationalism. The 2019 trade dispute between Japan and South Korea, meanwhile, was certainly related to court decisions on forced laborers, but it was the impacts on the South Korean economy that motivated President Moon to vow Korea “won’t be defeated by Japan again” and push for a “peace economy” with North Korea.

The history issue has not been enough to prevent South Korea and Japan from making repeated efforts to reconcile the past. That such efforts have failed to reach a lasting détente is not down to there being something inherently irreconcilable in the history issue itself – but rather to a more recent and still ongoing history of political interests, economic competition, security concerns, and sloppy negotiations.

Jinze Zhang is a senior majoring in International Relations at Pomona College.