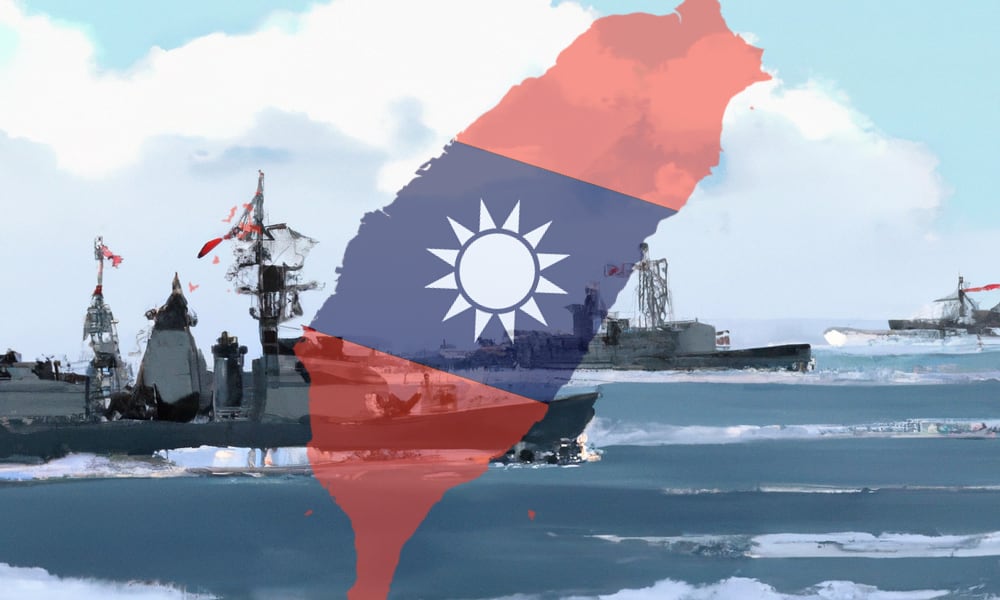 Prime Minister Kishida has new room to maneuver on security issues – but Japan’s support for Taiwan is an issue with no simple answers.

One of Abe Shinzo’s most significant legacies is his regional diplomacy, having managed the difficult balancing act of improving bilateral relations with Beijing while simultaneously helping form a network of regional partners to entrench rules-based governance and improve deterrence against the more threatening scenarios. Abe was instrumental in the Quad (a regular security dialogue convening Australia, India, Japan, and the United States), reviving the Trans-Pacific Partnership after Donald Trump’s withdrawal, and successfully promoting the concept of the “Free & Open Indo-Pacific” as a strategic region. Of all the many ramifications of Abe’s death, foreign observers will most likely be concerned about whether this trend can broadly sustain itself. Kishida clearly stands to benefit from this legacy as he confronts the growing awareness over the threat to Taiwan – and while Abe left Kishida with the tools to support regional governance, Abe’s sudden absence may leave Kishida with the domestic political space to build upon these steps.

Abe, perhaps ironically, was his own biggest obstacle to his dreams of Japan’s “normalization,” of freeing the country from what he saw as the training wheels left behind by the U.S. occupation to constrain Japan from restarting its imperialist dreams. But whatever misgivings the Japanese public had over Chinese maritime incursions around Japan or its posturing toward Taiwan, they were more concerned about Abe’s drive to revise Japan’s post-World War II security arrangements. There was always a sense that Abe’s push towards constitutional revision or for a stronger defense posture wasn’t simply a pragmatic response to the strategic situation but part of a broader package of conservative culture war grievances that were a lot less enticing to the public. The combination of public opposition and Abe’s obsession with his own political legacy combined to mute the most extreme changes, leaving instead technical and limited reinterpretations to support collective security.

But after leaving the Kantei in mid-2020, Abe could return to form and indulge his instincts. Freed from the constraints of international diplomacy or national elections, Abe seemed to relish the freedom to speak like a security hawk. Once last month’s House of Councilors election was out of the way, it would have been safe to expect that Abe would spend the rest of the year and beyond shouting down from the balcony seats to tell Kishida not to forget about defense or Taiwan’s security, and to keep constitutional revision on the cards. With Abe now gone, there will still be such voices shouting at Kishida – but none will have the gravity of Abe, who tacitly delivered the support of the party’s biggest faction to Kishida in last year’s leadership election.

Abe would likely have spent the year lecturing Kishida on the need to focus on security and constitutional reform; in his absence, no other conservative has such weight

With his untimely death, the most prominent remaining members of the LDP – figures like Kishida Fumio, Kono Taro, and Hayashi Yoshimasa – are almost entirely internationalists and certainly not hawks like Abe and his cohort. Kishida came to prominence as a long-serving foreign minister and, coming from Hiroshima, is assuredly against nuclear proliferation. Most importantly, he doesn’t carry the conservative baggage that Abe and his followers loved to flout. Consequently, his approach to security policy could be seen by the public to be a pragmatic response to Japan’s security environment rather than part of a larger conservative agenda to reshape the country. In other words, it may be that the public simply trusts Kishida on these issues more than they trusted Abe, giving Kishida the opportunity to raise the defense budget or explore certain strategies that would have been beyond what the public would have allowed for Abe.

That’s not to say that Kishida is off the hook. Perceived weakness over China’s incursions towards the Senkaku Islands was used as a cudgel against the Democratic Party of Japan government in 2010-2012, and the hypothetical fall of Taiwan would be even more damaging to whichever government is at the helm. A slow, incremental process of Chinese coercion toward Taiwan would become a political nightmare scenario, with a slow-burning habitual crisis smoldering within sight of Japan – a crisis to which no easy or decisive solution is available. There would be severe political costs for any party of any ideological bent in Japan, hawkish or dovish, if voters believed that Japan didn’t do “enough” to help Taiwan.

But “enough” is a slippery expression – there’s clearly an unmet demand among the public to support Taiwan, but they would still be extremely uncomfortable with direct military involvement, and many would insist on a nonviolent response regardless of the circumstances. All, however, would be looking for some kind of response, whether diplomatic or economic. Politically, it almost doesn’t matter – like in the earlier Senkaku Islands disputes, any gap between what the government does and what it “should” have done can be exploited ruthlessly. It may also strengthen the arguments of conservative nationalists who find new wind for their arguments that Japan needs to become a “normal” country that can defend itself against an aggressive China. Alternatively, as Sheila Smith of the Council on Foreign Relations points out, growing awareness of the threat to Taiwan and the role Japanese bases would play in a potential conflict could increase public pressure on the Japanese government to exercise its sovereign discretion in how the United States uses its bases on Japanese territory. For whatever administration might be in the Kantei when such a scenario occurs, it will be an unenviable task to balance between the PRC, Taiwan, the United States, and voters who may all be asking different things from Japan with equal urgency. Politically, it would be almost impossible to rise to the task in such a scenario.

Japanese voters want the government to support Taiwan – but there are deep divisions over what form that support should take, and being drawn into a conflict would not be popular

There’s also the challenge of the role of the bases in Okinawa. Just as Okinawa bears a disproportionate share of U.S. and JSDF bases, it would bear a disproportionate share of risk if Japan became involved in a contingency over the Taiwan Strait. This partly due to geography – Okinawa is simply closer to Taiwan than the rest of the country – but the number and size of military bases on the islands will put it firmly in the crosshairs if hostilities escalate to the point where bases on Japanese territory are targeted. While a direct attack may be less of a concern if the threat to Taiwan is a series of grey zone incursions, the possibility that U.S. and Japanese defense planners decide deterring PRC forces requires additional forces or new capabilities on the islands will reignite political issues over the bases all over again. The nature and relocation of bases on the islands have already been contentious enough to roil local politics and bring down prime ministers, and Okinawa’s current governor, Denny Tamaki, has said that he will not approve additional U.S. deployments on the islands. With a gubernatorial election coming in the fall, the tension between contingency planning for a crisis in the Taiwan Strait and the perennial issue of bases in Okinawa would ensure that controversy over basing would continue rather than being resolved.

Kishida’s position might not, therefore, be as enviable as it seems. This is even before considering the capital that he’ll need (and want) to expend on the economy given the continuing trouble with inflation, which is currently a much higher priority for voters than security policy. Though Abe laid a strong foundation of regional cooperation, that may have been the easy part; there was already a strong appetite for regional cooperation, Japan’s relations with China had nowhere to go but up, and he backed away from the bigger political challenges like constitutional revision. While it may be tempting to think that Kishida can build upon Abe’s foundation, the challenges – both international and domestic – will only become more difficult.