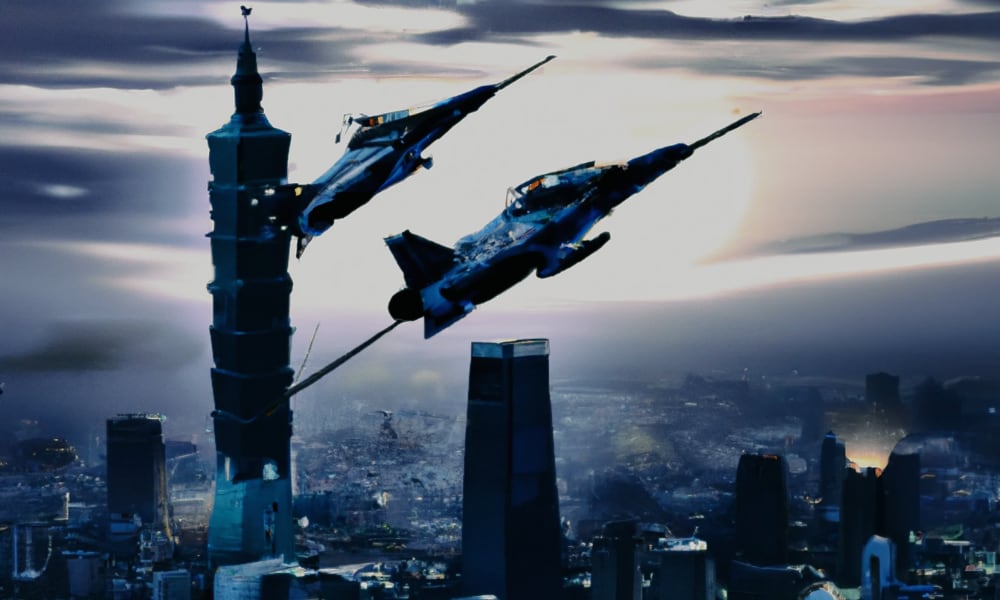 Taiwan is a uniquely sensitive issue in Japan-China relations, and recent heightened tensions cause a dilemma for Japan’s foreign policy.

Welcome to installment XLIII (August 2022) of Sino-Japanese Review, a monthly column on major developments in relations between China and Japan that provides a running commentary on the evolution of this important relationship and helps to put current events in perspective.

Even when diplomatic relations between China and Japan were at their most tense in the early twenty-first century, ties never completely broke down, remaining particularly close in the economic realm. Described as “hot economics, cold politics”, this was made possible by the efforts of both sides to not let their numerous disputes around history, territory and strategic issues threaten the broader basis of their relationship. Taiwan, however, has always been a uniquely sensitive issue for both Beijing and Tokyo, and is one of the few issues that may be capable of causing a complete breakdown, even potentially armed conflict. Chinese diplomats have repeatedly warned their Japanese counterparts that “the Taiwan question bears on the political foundation of China-Japan relations”. Japanese strategists, meanwhile, have stressed that they would consider a Chinese takeover of Taiwan a grave threat to their country’s security. Opinion polls have shown that the Japanese public is also concerned that China may attempt to “invade” the island and would support greater Japanese “engagement” in the Taiwan strait. Sino-Japanese relations therefore face a risk of severe disruptions in the new normal of heightened security tensions.

The massive military exercises that China organized in reaction to U.S. Speaker of the House Nancy Pelosi’s visit have concluded, but the People’s Liberation Army has announced its intentions to maintain a high tempo of activities all around Taiwan going forward. This not only demonstrates its ability to control the area and impose a blockade if need be, but could also mask preparations for an assault on the island if tensions escalate further. The main targets of such demonstrations of force are the United States and Taiwan itself, but Japan is also clearly in Beijing’s sights – some of the missiles used in the aforementioned military exercises landed in Japan’s Exclusive Economic Zone while drones flew through its Air Defense Identification Zone, a reminder that Japan would inevitably be drawn into any conflict. In reaction to Japanese condemnations of the exercises, China canceled a planned foreign minister’s meeting, criticizing Tokyo’s “irresponsible remarks” and singling it out for its “historical responsibility for the Taiwan question”.

It is a common tactic for Beijing to invoke Japan’s imperial past in order to criticize its security behavior. Yet Japan also stands out today among U.S. allies for its willingness to actively support and even encourage U.S. efforts to deter a Chinese attempt at “reunification by force”. Tokyo’s “one China” policy is as ambiguous as Washington’s. The guidelines for the U.S.-Japan alliance have since the mid-1990s implicitly covered situations like a Taiwan contingency. More recently, Japanese policymakers have openly and repeatedly urged the United States to take the mounting Chinese pressure on Taiwan more seriously and “be strong”. No one was more vocal and influential then the late Abe Shinzo after he left office, leading to much glee on the Chinese Internet after his assassination. While other Asian allies of the United States distanced themselves from Pelosi’s trip and would prefer not to add Taiwan to the list of their issues in dispute with China, Japan was happy to offer support.

Taiwan, however, has always been a uniquely sensitive issue for both Beijing and Tokyo and one of the few issues capable of causing a complete breakdown – even potentially armed conflict

The growing sense of alarm in Tokyo is unsurprising since a new normal of intense Chinese military activities all around Taiwan is precisely what Japanese officials have been warning about for the past few years. They are intimately familiar with Chinese pressure tactics through the steady escalation of naval and aerial incursions in disputed areas, having been targets since 2012 around the Senkaku/Diaoyu islands. Since there is nothing much they can do about it by themselves, however, their focus has been on convincing the United States of the urgent need for action. The two allies are now in agreement on the necessity to strengthen deterrence and had ramped up joint military exercises already before this summer. Such efforts will only accelerate but it remains unclear if they or other unilateral actions from the United States can credibly counteract China’s determination to tighten the noose around Taiwan.

In any case, heightened tensions in the strait are bound to be a source of acrimony in Sino-Japanese relations, and will bring in even starker relief the dilemma Japan faces between deep economic ties with China and close security alignment with the United States. Chinese Japan hands are now warning that this situation is unsustainable. It will also pose domestic headaches for Prime Minister Kishida Fumio’s administration. The Japanese government is in the middle of a major security review, at a time when the posture regarding a possible Taiwan contingency and the necessary preparations for it were already topics of much debate.

While those debates will now be supercharged, the more hawkish voices may not necessarily prevail, especially now that they have lost their greatest champion with the death of Abe Shinzo. Although the need for stronger military capabilities is now very widely acknowledged, there is not necessarily a consensus in Tokyo for adopting a forward-leaning defense posture or for committing Japan to an important role in the defense of Taiwan. As Matsuda Yasuhiro, one of Japan’s foremost Taiwan experts, has argued, such calls are in fact a distraction from Japan’s core mission in case of a Sino-American conflict over Taiwan, which is namely to protect U.S. facilities in Japan and provide logistical support. Fulfilling this mission would first and foremost require an investment in Japan’s own defense and in the resilience of its armed forces so as to be able to withstand a Chinese attack and remain a “shield” for its ally if the worst comes to pass.