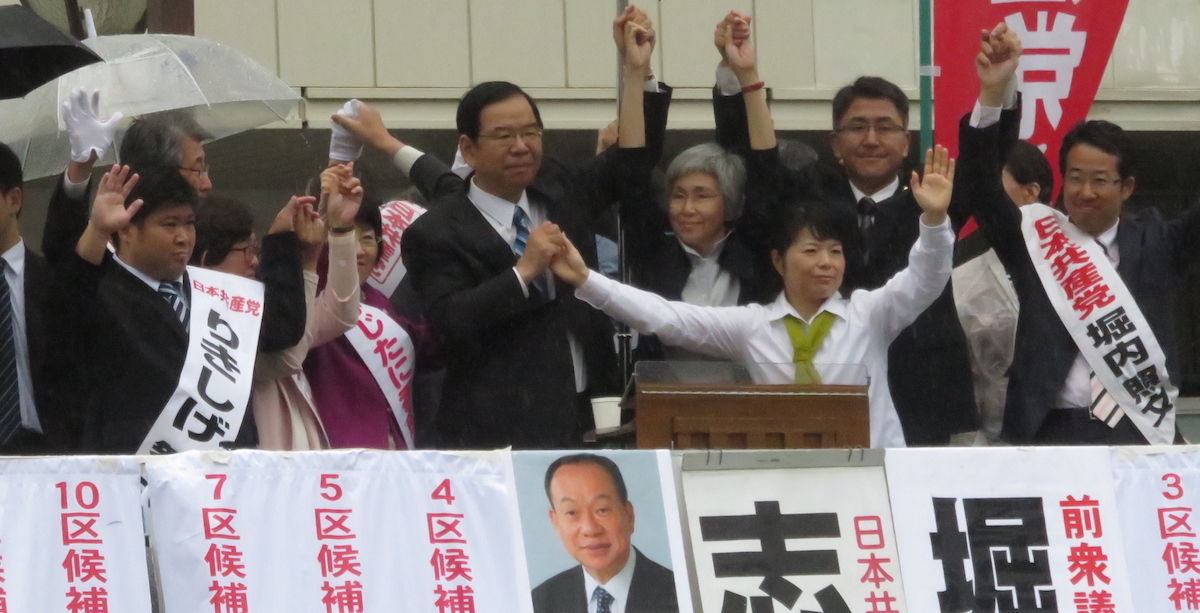 With the campaign for the 2017 House of Representatives election now firmly behind us – it ended sharply at midnight on Saturday, with strictly enforced rules preventing anything that might be construed as campaigning on polling day, Sunday – it’s worth taking a moment to think about some of the positives about how Japan runs its elections.

Certainly, lots of people will be happy to see the sound-trucks gone from their streets; one Tokyo Review writer spent the past fortnight becoming increasingly convinced that the entire campaign of Tokyo District 1 oddball candidate Matayoshi Yes was being conducted by circling his apartment building with a sound-truck from morning until evening. When we described the Japanese campaigning style as bordering on “twee” in a previous editorial, it wasn’t an unfair assessment. Compared to the hugely expensive, multi-channel extravaganza that voters are subjected to in other advanced democracies, Japan’s carefully regulated and very traditional campaigns feel like they come from another era entirely.

That is not necessarily a bad thing. There is something laudably down to earth about the sight of a cabinet minister braving the autumn rain to give a speech to a handful of supporters on a cold weekday evening, or a veteran lawmaker dutifully doing the rounds of his local trade organisations, professional associations and unions to hear their concerns and make his pitch. In a country where – like many others – politics is often criticised for being a playground of the elite, election campaigns force the political classes out of Nagatacho and into the streets and meeting halls of ordinary Japanese citizens. This kind of “putting in the hours” campaigning really does have an effect; former Prime Minister Naoto Kan’s victory in Tokyo 18 and the re-election of the scandal-hit Shiori Yamao in Aichi 7 both owe a great deal to the respective candidates’ willingness to speak on every street corner, shake hands outside every train station and attend every meeting.

That kind of direct connection with voters, however superficial and temporary, is something that election campaigns in many countries have lost (and are now trying to recapture, with limited success, through Big Data operations and social media monitoring). The countless millions injected into campaigns in countries like the USA and the UK have largely made politics even more remote from voters, confining it to glitzy TV studios and carefully stage-managed public events with hand-picked audiences. Japan’s tight regulation on campaign finance and media usage may have meant that political advertising is stuck in the 1970s (both in terms of production values and in terms of media saturation), but it’s also meant that politicians have no choice but to go out and meet the people they’re supposed to represent – up close and in person.

Japan’s campaigning style is far from perfect, and it does need to evolve in certain ways – especially in order to meet the challenges of campaigning in urban areas, where the traditional style of campaign (focused heavily on engaging political networks that were widespread in rural constituencies, but often don’t exist in urban districts) is increasingly ineffective. The stubborn insistence on reducing the number of Diet seats despite Japan already having an incredibly high number of voters per representative in its urban regions is another obstacle to this campaigning style. Personal connections can’t be effectively built if there are simply too many people to engage, and the over-sized urban districts make a mockery of the notion of “local” representatives and contribute to the sense of disconnection from politics felt by many Japanese voters.

Overall, though, it’s hard to escape the idea that for all its many failings, a campaigning style that makes politicians come to their voters to plead their case in person – in small town hall meetings, in windswept speeches outside supermarkets, or on rainy evenings outside busy train stations – is somewhat closer to the ideal of representative democracy than the months-long media assault election campaigning has become elsewhere.