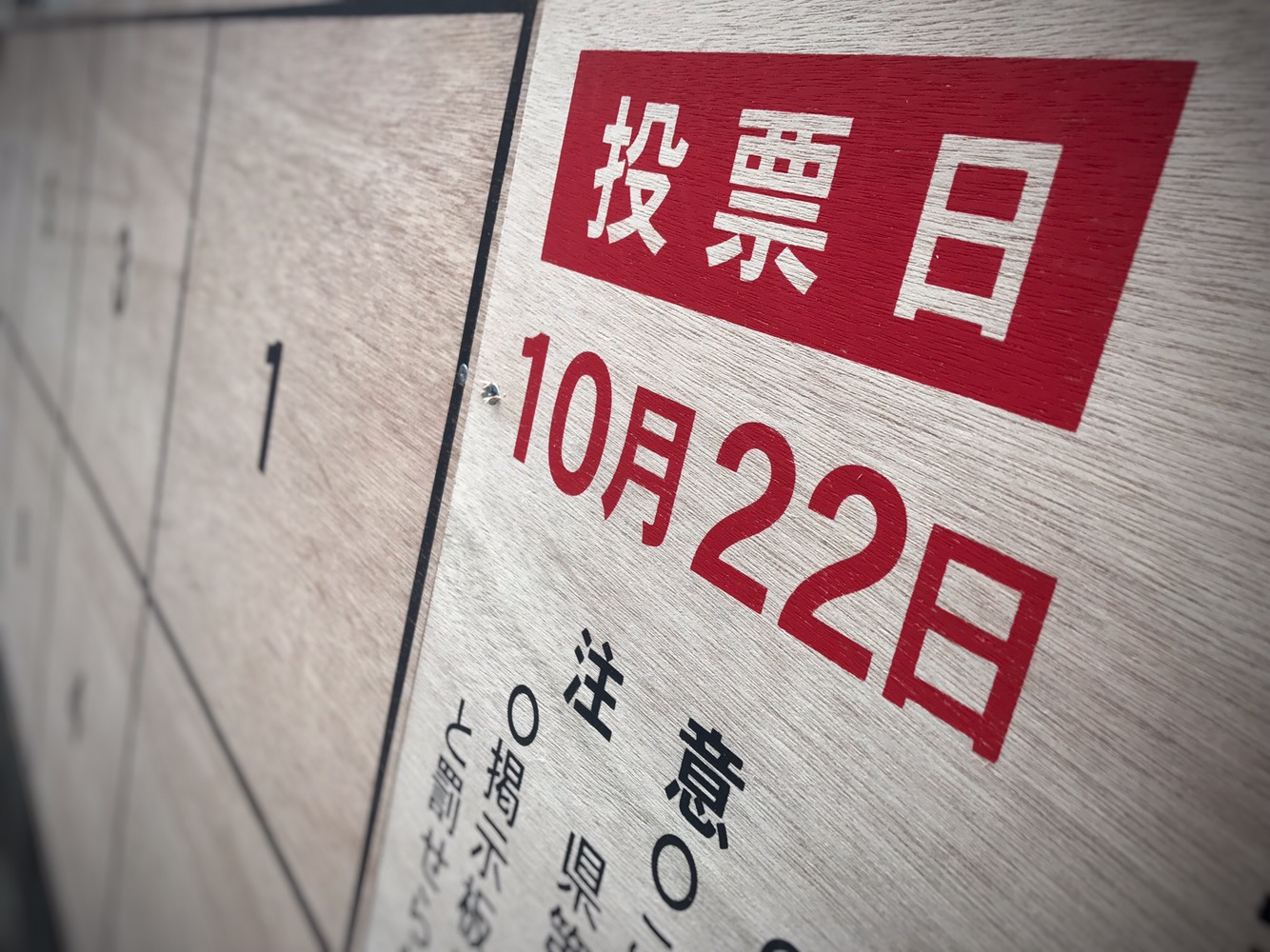 When Tokyo Governor Yuriko Koike unveiled her new Kibō no Tō (“Party of Hope”) on September 27, there was immediate buzz about her party emerging as a contender against the ruling Liberal Democratic Party (LDP). After all, the “Koike Wave” led to a landslide victory against the LDP in the Tokyo Prefectural Assembly elections in July, and the media has been portraying Koike as a potential future prime minister ever since she took the reins as Tokyo’s governor. The week since the announcement of the party, however, has seen major shifts in the Japanese political landscape, many of which have revealed vulnerabilities of Koike and her Kibō no Tō.

As much of a gamble as it was for Prime Minister Shinzo Abe to call the snap election, it was an equally large gamble for Koike to unveil her new party so soon. She could have sat this election out and waited for a power base to coalesce behind her, developing her own crop of candidates, crafting a clear policy manifesto, and accumulating sufficient monetary backing. Instead, she launched the party underfunded and undermanned with an incomplete policy platform.

Does this mean Kibō no Tō is destined to fail? Not necessarily; the momentum Koike gained with victories in the Tokyo gubernatorial race and prefectural assembly elections have allowed her to dismantle the dying Democratic Party and rouse media interest in her party and the election. These accomplishments, however, leave Koike a long way short of actually presenting Japanese voters with a viable alternative to the LDP, and she only has until 22 October to do so.

Abe’s accelerated timeline for a snap election forced Koike’s hand, and she launched Kibō no Tō ahead of schedule. The “Japan First” study group (headed by Koike’s ex-LDP front man Masaru Wakasa) was meant to groom potential candidates and establish a party base, but it only had one formal meeting on 17 September before Abe called for the snap election. Koike and Wakasa’s original plan was to have meetings of this group once a month until February, but they had to scrap those ambitions to accommodate the accelerated election schedule. In doing so, they moved out nearly half a year earlier than anticipated.

Koike is a long way from being able to present voters with a viable alternative to the LDP, and she only has until 22 October to do so

The first major consequence of this early launch was that Kibō no Tō started out lacking in both candidates and funds. Koike has said that she intends to wrest control of the Diet away from the LDP, but that means she needs at least 233 candidates (who all win). While she has some homegrown options to employ, there are simply not enough in her bench. Finding quality candidates that can contend against the LDP is only her first problem; each candidate must also submit a ¥3,000,000 deposit (about $26,000) to run for office. Of course, that is just the starting point; Kibō no Tō also needs to come up with campaign finances. So dire is the party’s financial situation that there are reports of Koike asking for up to ¥7,000,000 deposits from candidates while also charging them ¥30,000 yen for two campaign photos with her. With so little time to build a corps of candidates with sufficient monetary backing, Koike had to look elsewhere.

She found her solution in the floundering Democratic Party (DP). She had already absorbed several prominent DP members including Goshi Hosono, Kiuchi Takatane, and Akihisa Nagashima, but there was more at stake: the DP’s large war chest of funds (totaling ¥8,718,970,000 as of this past July). In a show of political maneuvering that contrasts with the clean politics she champions in the media, Koike made a Machiavellian deal with DP president Seiji Maehara: Koike would get to vet all DP members (meaning that she would only take right-leaning lawmakers willing to accept her Kibō no Tō charter), and the DP money had to come with them.

While the deal with the DP solves part of Koike’s money and candidate issues (she still needs more of both), it has unintended consequences. First, the merger complicates her ability to develop a coherent policy manifesto. If the party had time to grow under Koike’s watchful eye, she could expect to have more control over policy direction, but the reliance upon former DP members (both in numbers and finances) introduces veto players to her party.

Second, the hand-picking of right-leaning DP members and pursuit of the party’s money revealed Koike’s own political opportunism, damaging her image as well as that of the party. The public simply is not buying that the Kibō no Tō, comprised mostly of former DP members (so far, 110 of 192 candidates), is going to bring something new to the Diet. This showed in a recent NHK poll revealing that only 5 percent of respondents supported the Party of Hope compared to the 31 percent that supported the LDP.

Third, the alignment with the DP spurred the formation of the new Constitutional Democratic Party of Japan (CDPJ), which has started to steal the limelight. This underdog party features some of the key elements that Koike promised: real opposition to LDP policy; established platforms; and a departure from old-guard Japanese politics. Further, the CDPJ features some competent female political figures who serve as foils to Koike, namely Tomoko Abe and Kiyomi Tsujimoto who are both strong-willed, competent lawmakers. While the CDPJ has little hope of winning big in this election, it could serve to wrest votes away from the ‘floating’ Japanese electorate not tied to a particular party who may otherwise have drifted towards the Kibō no Tō.

All of these issues contribute to the overall question of timing for Koike. Ultimately, when voters visit the polling stations in a few weeks, they will have to decide whether Koike can offer something better than the status quo. The Japanese public may believe that the Kake/Moritomo school scandals (shady land deals tied to influence from the Abe cabinet) were insufficiently addressed or that Abe should not have called this snap election, but are either of those transgressions enough to shift power to a brand new political party? History would suggest not.

Abe’s public approval may have dipped, but it is nowhere close to the dismal range that signalled the downfall of the LDP in previous electoral upheavals

There were only two prior examples of LDP falling out of power in the postwar period, and both times the LDP offered the Japanese electorate a litany of substantial reasons to look elsewhere for governance. Leading up to the LDP’s defeat at the hands of the coalition government in 1993 were a succession of major scandals including the 1988 Recruit Scandal, the 1989 Prime Minister Uno sex scandal, and the 1992 Kyowa and Sagawa Kyubin scandals, all of which involved the highest echelons of LDP membership. At the same time, factions within the LDP were pushing to reform the electoral system, so when the lower house dissolved in 1993, 46 members broke off to form new political parties. In 2009, the LDP saw the downfall of three consecutive LDP cabinets within two years and a major strategic shock in the form of the global financial crisis (called the “Lehman Shock” in Japan) of 2008. Now, in 2017, Abe’s public approval may have dipped back down into the fortieth percentile since calling the snap election, but it is nowhere near the dismal sub-15 percent range that signaled the downfall of the LDP in previous political upheavals.

Since the LDP has not completely imploded as it had on previous occasions, Koike is now just banking on three things to draw voters to the polls and away from the ruling coalition: first, her image; second, anti-Abe sentiment; and finally a handful of trendy position issues (anti-nuclear and anti-tax hike). Each of these comes with its own pitfalls. Koike, a former television broadcaster, is a media darling and knows how to use the spotlight to her advantage, but the persistent attention and the stress of leading both a fledgling national party and the Tokyo metropolis has begun to reveal some less media-friendly traits, especially in her dealings with the DP.

Koike’s clash of personalities with Abe will draw some attention, but a lot of the differences between the two are superficial. Certainly a female, self-made politician provides a contrast to Abe, scion of a long-standing political family and product of the LDP’s traditional factional system; but there is little daylight in between the ideological positions of the pair. Both are conservatives who subscribe to the same core principles on valence issues (and even have the same type of nationalist leanings). If Koike is counting on “different enough” being sufficient to draw voters to the polling booths, she may find herself wanting.

If Koike is counting on “different enough” being sufficient to draw voters to the polling booths, she may find herself wanting

Finally, Koike’s promise to “reset Japan” will be difficult to maintain without a strong policy platform that is distinguishable from the LDP. To that end, Koike has carted out a host of position issues. The two most prominent departures from LDP policy are “Nuclear Zero” and “No Consumption Tax Hike in 2019,” but those will have difficulty exciting voters away from the LDP. After all, the most popular proponent for the “nuclear zero” campaign is Junichiro Koizumi, and his son, Shinjiro, is a rising star in the LDP. Further, the scheduled consumption tax hike is two years off, and merely calling for the cancellation without articulated economic policy as to why merely sounds like a position taken merely for the sake of being anti-LDP.

That leaves the rest of the position issues. Koike called her “12 Zeroes” the “Path to Hope” during a morning press conference on October 6, but these policy positions reflect the mounting desperation of her campaign. Among the “12 Zeroes” were: zero full trains, zero pet culling, zero food loss, zero utility poles, and, perhaps the oddest campaign promise in recent memory, zero hay fever. Certainly, Koike is expecting that these issues may draw additional voters to the polling stations, but that is assuming the electorate believes that she can deliver. Unfortunately for Kibō no Tō, absent a strong, actionable policy manifesto that is able to excite the floating electorate to the polling stations, Koike will likely find her party well short of the majority she has pledged to achieve.

In the end, it will be the Japanese voters who decide whether or not Koike made the right gamble, but she has entered the fray less prepared than a party leader seeking to upend the status quo ought to be.