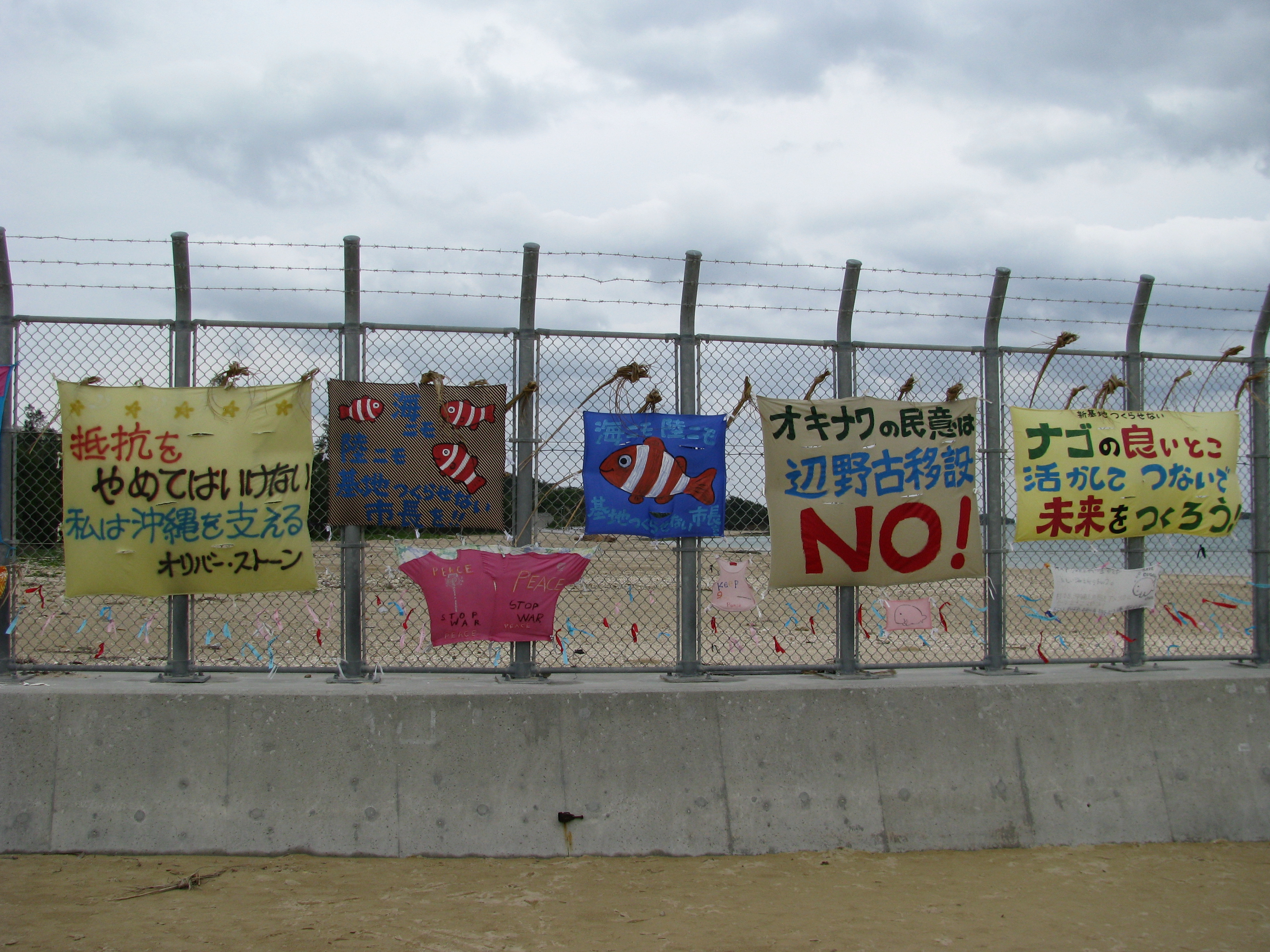 The victory of LDP-backed Taketoyo Toguchi in Okinawa’s Nago City mayoral election has drawn a wide range of interpretations. Some suggest that it was a blow to the anti-U.S. military base movement in Japan. Others say that it was a sign that the Liberal Democratic Party (LDP) and pro-base forces are turning the tide or that it highlighted an “anti-anti-base” awakening in Okinawa. Meanwhile, political machines from all relevant parties are taking stock of what succeeded or failed in engineering the outcomes of the Nago election to employ in the dozens of other elections that will be taking place in 2018 within the prefecture.

The reality is that Toguchi’s win was neither a clear victory for “pro-base” forces nor an abject failure for “anti-base” elements; rather, it was a reinforcement of a political cycle that has been playing out for decades between the Okinawan and central governments. It is a cycle based on carrots, sticks, and failed promises. How far this cycle will progress in a year full of Okinawa-based elections will be revealed by November, when anti-base Governor Takeshi Onaga defends his seat against an unnamed LDP-backed rival.

With regard to ideology, “pro-base” and “anti-base” are easily defined, but as is typical, there is much more that is grey. At first glance, “pro-base” should imply active support for hosting U.S. bases and “anti-base” would simply mean the opposite. The reality in politics is far more nuanced. For example, there are plenty of Okinawan politicians who enjoy great relations with the bases they host but oppose the terms of the intergovernmental agreements that dictate the existence of those bases. Conversely, there are politicians who recognize the strategic importance of U.S. bases in Japan without wanting Okinawa to have an unequal share of the base-hosting responsibility, let alone bearing that responsibility in their own constituencies. Further, there are anti-base politicians who see cooperation with base-related initiatives as a means to extract the maximum amount of concessions from the central government for their constituents.

Amidst these and all the other examples, the simplest definition in the context of Okinawan politics comes down to this: ”pro-base” politicians recognize that the benefits from supporting base-related policies outweigh the costs of opposing them, so they are willing to negotiate with the central government. Meanwhile, “anti-base” politicians seek to block or change central government policies outright. As such, whenever an observer argues that a “pro-base” candidate won, it merely implies that the door to further intragovernmental negotiations is open; it does not mean that obstacles to progress on base-related initiatives no longer exist.

U.S. bases in Okinawa is a position issue, which is why it tends to be a volatile platform for Okinawan politicians. For ideologically-driven minorities, the core group of base supporters will almost certainly remain pro-base, just as anti-base activists will always be anti-base. When elections come down to single issue items like base-related policy, the majority of Okinawans have shown a tendency to cycle back and forth between support for pro-base and anti-base candidates. Whether through pragmatism or issue fatigue (e.g. “the base situation is not going to change dramatically, so we might as well get something out of it instead of fighting it”), the outcomes are the same.

The majority of Okinawans have shown a tendency to cycle back and forth between support for pro-base and anti-base candidates.

First, the cycle begins with mounting anti-base sentiments based on major incidents involving U.S. forces or a gradual rise in discontent towards bases from myriad other factors. Political alliances that support an anti-base candidate begin to coalesce, and the majority of the electorate decides to throw their weight behind a platform pledging to reduce the burden of bases on Okinawa. Thus, the anti-base candidate wins. Still, he or she does not have any institutionalized ability to change the dynamics of U.S.-Japan alliance arrangements, so over time, segments of the public realize that dramatic change to the status quo is unachievable in the long term, and they begin to focus on valence issues in elections. When that happens, political alliances begin to fracture, and the politician most capable of delivering things like increased economic growth, supplying of basic goods and services, etc. becomes the most attractive candidate, even if that means he or she is going to negotiate acceptance of certain base-related initiatives in exchange for economic concessions.

This cycle has played out relatively consistently over time. Okinawa’s most prominent political office, that of the governor, serves as the best representation of the political cycle. Since Okinawan reversion in 1972, there have been three governors that won on anti-base platforms (serving a total of 18 years), and four that won on platforms focused primarily on valence issues (28 years total in office). Prior to current anti-base Governor Onaga, the previous governor who overtly opposed U.S. bases was Masahide Ota twenty years ago, who served from 1990 to 1998. Notably, the tumult surrounding U.S. bases during Ota’s reign should have secured an anti-base politician’s place in the governor’s office for years to come, but Ota’s inability to manage negotiations with the LDP and deliver campaign promises led to two consecutive LDP-backed candidates that served a total of four terms before losing out to Governor Onaga.

All parties that operate within this political cycle seek to affect it, though the ruling parties in the national Diet (currently, the LDP-Komeito coalition) have the power advantage. Since base-related policies involves an international treaty between Japan and the United States, a prefectural-level politician cannot individually affect the intergovernmental agreements that form the foundation of those policies. As such, there are fundamentally only two things “anti-base” Okinawan politicians can do to sway ruling coalition decision-making on base-related issues. First, they raise public awareness of the burdens associated with U.S. bases in order to secure a power base within the electorate and to degrade the ruling coalition’s public opinion. In action, this means well-publicized advocacy missions in Tokyo and Washington, as well as strong rhetoric in the press opposing U.S. military activities and the failure of the ruling coalition to honor the will of the Okinawan people. Second, Okinawan politicians foster an environment where the ruling party cannot win any seats within the prefecture’s myriad government offices. They do this by forming political alliances, undermining LDP-backed candidates, and focusing on victories in every possible election in order to shut out the opposition.

Since Okinawan reversion in 1972, there have been three governors that won on anti-base platforms and four that won on platforms focused primarily on valence issues

The ruling party has countered these activities over time with a “carrot and stick” approach to Okinawa. The aim has been to divide political alliances and offer economic concessions in exchange for “acceptance” of central government-led basing initiatives. The carrots typically include subsidies, return of U.S. military-administered land, and advocacy with the U.S. government on specific prefectural or municipal priorities. The carrot method is made more effective by the central government’s ability to sidestep the prefectural government and deliver subsidies or other benefits directly to specific municipalities. Meanwhile, the “sticks” are basically the opposite: removal of subsidies, unwillingness to engage the U.S. government in support of Okinawa-specific interests; and cessation of negotiations with Okinawan politicians, among others.

Nearing the End of the Current Cycle?

After sixteen years with a LDP-backed governor, the 2014 gubernatorial election marked the shift in the Okinawan political cycle towards anti-base political rule. Governor Takeshi Onaga formed a coalition of anti-base political groups and took office with the promise of blocking central government basing initiatives – primarily the Futenma Relocation Facility (FRF) which would move U.S. Marine Corps forces from Futenma Air Station in the populous Ginowan city to Camp Schwab in the more remote Henoko village (Nago City). He enjoyed much success early on, revoking a critical landfill permit that his predecessor had signed and halting progress by taking the central government to court over every possible step in the FRF construction process. Onaga concurrently pushed for an “All-Okinawa” political coalition to oppose the LDP and other pro-base forces, and enjoyed great success in gaining seats, even ousting former cabinet minister Aiko Shimajiri in the 2016 House of Councillors election.

The tide began to turn against anti-base forces, however. The Supreme Court overturned Onaga’s revocation of the landfill permit, and while Onaga has remained steadfast in his policies, fissures in the anti-base coalition emerged. In early 2016, Ginowan City Mayor Atsushi Sakima was reelected in spite of his pro-FRF platform; after all, for his constituents, the successful completion of FRF means the return of Futenma Air Station. In the October 2017 Lower House election, Kosaburo Nishime won Okinawa’s 4th District, representing the first national-level election win in Okinawa for an LDP candidate since Onaga took office. Those vulnerabilities compounded heading into the Nago City election. Mikio Shimoji, an Okinawan member of the Japan Innovation Party and typically a staunch opponent of the FRF was stumping for Toguchi in the Nago City election. Meanwhile, Komeito, which had typically abstained from backing any single candidate in Okinawa, threw their collective weight behind Toguchi.

So do these recent election results indicate a trend? The LDP certainly senses vulnerability

Of course, the LDP has done its part to amplify those fissures. Ahead of the Ginowan city mayoral election, Chief Cabinet Secretary Yoshihide Suga (dual-hatted as the “Minister for Alleviating the Burden of U.S. Bases in Okinawa”) announced the return of U.S.-administered land around Futenma Air Station that would allow for the expansion of major traffic arteries. Before the recent Nago mayoral election, Suga traveled to Nago City with a list of promises (including new subsidies), provided the city was willing to accept the FRF. While other factors certainly played into the election results, these “carrots” served to reinforce political entities willing to deal with the central government.

So do these recent election results indicate a trend? The LDP certainly senses vulnerability. Still, there are major tests for pro-base candidates coming up in September, when Okinawa’s unified municipal elections are scheduled to take place (over 300 local assembly seats will be decided), and in November, when the gubernatorial election campaign will begin. The outcomes of those votes are difficult to foresee, but what is predictable is the behavior of political actors in the run up to those elections. Anti-base incumbents will continue to highlight the negative behaviors of the U.S. military and central government in ways aimed at rousing the electorate (e.g. Onaga’s statement that the U.S. military is “crazy” and “out of control”). Those politicians will also seek to maintain the integrity of their political alliances centered on the anti-base platform. Meanwhile, prospective pro-base challengers will side-step the base issues as much as possible, toeing a line between recognition of the negative externalities of base-hosting while maintaining enough space for negotiating with the ruling coalition. By December, all parties will know how effective they were in affecting the on-going political cycle in Okinawa.