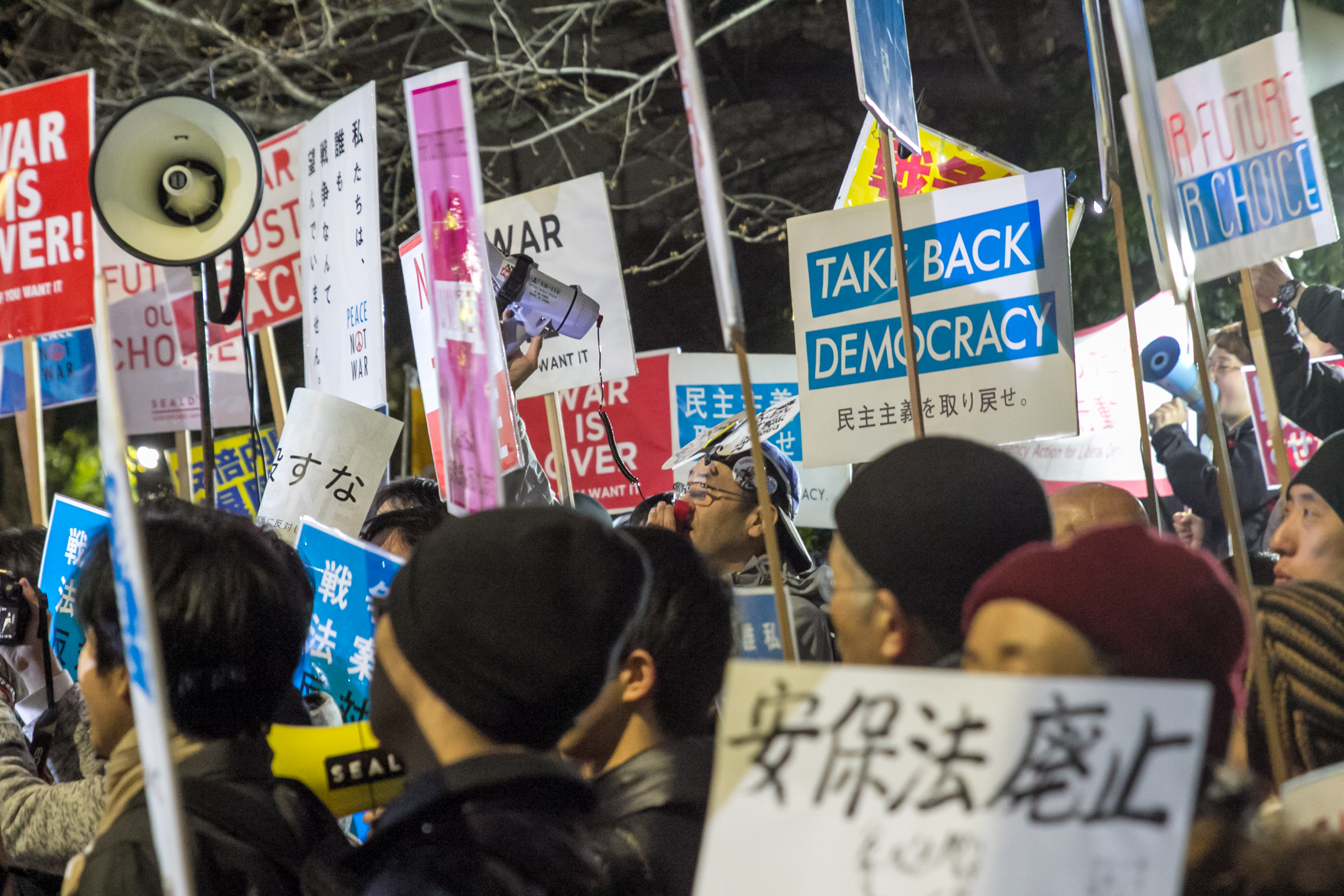 Amidst recent doubts regarding Prime Minister Abe Shinzo’s political future, Koichi Nakano, professor of political theory at Sophia University and a leading voice in the anti-Abe movement, published his latest book on the state of Japanese politics in early March. The Appropriated State: Rule and Submission in Japanese Politics (私物化される国家 支配と服従の日本政治), builds on the conclusions in his previous book published in 2015, The Rightward Shift of Japanese Politics (右傾化する日本政治), in which he argued that the current situation in Japanese politics resulted as an unintended consequence of various neoliberal reforms. His new book hones in on the specific characteristics of Abe’s government and attempts to resolve the contradictions that make him such a difficult character to pinpoint.

The Appropriated State seeks to apply these arguments to the realities of the Trump era. It does this by addressing the past year of political scandals, including the Moritomo Gakuen land-sale scandal, the Kake Gakuen permit scandal, and the less-covered rape accusations by Shiori Ito which have contributed to a perception that Prime Minister Abe has appropriated the state for the benefit of private interests and his personal network. Considering the similar analyses made regarding the Donald Trump presidency, Nakano argues that the past six years of Japanese politics is only a part of a global phenomenon resulting from 30 years of neoliberal consensus leading to an outsized concentration of power into the executive branch (and particularly the Office of the Prime Minister, or Kantei, in the case of Japan). Trump and the scandals haunting Abe have only pushed the excesses to the surface.

Underlying this phenomenon, Nakano explains, is a newly emboldened “conservative reactionary force” (保守反動勢力) consisting of politicians, media, private interests, and lobbyists who invariably serve the aims of the administration by provoking the international community with historically revisionist or other nationalist speech. Despite the damage they do to Japan’s image on the global stage, the pressure to conform to the global order fosters a “victim consciousness” that absolves the “ruling elites” of any responsibility domestically when they pursue policies and reforms meant to serve global capital.

The consequence of this process is detailed by Nakano as a series of political moves on Abe’s part that hinge on a systematic undermining of liberal democratic values, including the rule of law and the freedom of the press. In fact, the importance of process and the autonomy of the media and the bureaucracy features heavily in his critique of the government, and he offers no shortage of examples to make his point. But his recurring theme of the “hollowing out” of liberal democracy has as the explicit side-effect that those arguing for stronger democratic institutions must make the case for it in a way that resonates with those who are politically out of touch and not take for granted that its value is understood equally by all sections of the public, as Nakano invariably does.

As he discusses the possibilities for an alternative, Nakano returns to the failure of the Democratic Party of Japan’s rule from 2009-2012, and in particular the Hatoyama cabinet’s failure to deliver on its promise of a “New Public Commons” (新しい公共) based on mutual aid and community. But the reality is that the government lacked the civil society necessary to spur the government and hold it accountable across the various leadership changes. As a result, Nakano argues, the DPJ fell into the trap of “leadership by politicians” and missed the mark on their promised “political leadership,” a fact which arguably contributed to the pragmatism voters exhibited in the ensuing years.

But Nakano believes things are different now. The Constitutional Democratic Party of Japan which formed before last year’s elections arguably owes its successful start to the slowly but steadily developing dialogue between civil society and opposition parties that started in the aftermath of the 2011 Triple Disaster. As a result, Nakano says, this time the structure is there to keep them from repeating the same mistake. What’s important is for civil society to keep exercising its right to free speech and to organize towards a more participatory democracy. Most crucial of all is to stay united and worry about ‘left’ or ‘right’ later.

And so we are told that “no” is enough, at least for now. The timing of this book makes the conclusion ring somewhat hollow: If Abe were to lose the LDP’s leadership elections in September, what would happen to that resistance? Would the opposition have the grounds to declare victory even if Abe falls to intraparty rivalry? And if so, would the opposition have what it takes to stay united, even when all its targets have already been ousted by their confederates? While Nakano succeeds at providing a systemic explanation to issues that captivate the public by placing it in a global context, his failure to specify a roadmap of concrete, material changes means that those who are not yet convinced of his prognosis will find few reasons to change their minds.