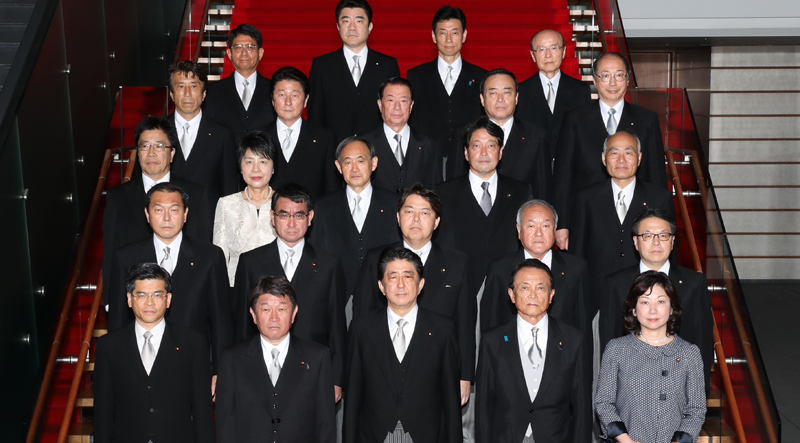 For the “Abe Children”, those members of the LDP who have been elected under the leadership of Shinzo Abe, the Moritomo Gakuen scandal offers a troubling prospect. Their job security depends on two factors – the political resilience of Prime Minister Abe and the strength of the LDP’s coalition with Komeito. The current scandal imperils both.

For all of the (often obtuse) comparisons between Abe and Donald Trump, one of the most overlooked is that both share a striking resilience to scandal. That resilience is being tested constantly, but thus far both men are Teflon; scandals that would have ended the careers of others have simply failed to stick to them.

Abe’s resistance to scandal may give him the ability to weather the current sturm und drang enveloping his administration – but not unscathed. He will find himself in a fundamentally weaker place than before. Though his popularity among the public has largely been stable and relatively high (compared to his predecessors), a deeper look at the polls reveals its limits – specifically, that while the approval ratings for Abe’s government and cabinet may be high, his policy initiatives and even his personal qualities poll terribly. The reason for this apparent paradox is that Abe is a beneficiary of opposition weakness; essentially, the Japanese public does not love Abe, but they at least trust him more than anyone else to keep the lights on.The downside is that when the public finally quits on Abe, the fall will be hard – not least since, taking a leaf from the populist playbook, he himself has relentlessly focused on his poll ratings and electoral wins as the only required justification for his (often hugely unpopular) policy agenda.

Aso is too powerful, leads too large a faction, and is too stubborn to take the fall for Abe’s scandal

The practical implications of this are many, leading us to the second reason Abe will find himself weakened by the current scandal. The success of his second administration has depended on a careful balancing act between the increasingly powerful prime ministerial executive, the LDP factions and the party’s influential grandees – if that balance gets upset, the Abe administration becomes significantly weaker. As Rob Fahey explained last week, that’s exactly what’s at risk now that Finance Minister and vice prime minister Taro Aso is embroiled in the Moritomo scandal. While most scandals would require that the cabinet member with the relevant portfolio would fall on their sword and resign, Aso is too powerful, leads too many members in his faction, and is too stubborn to take the fall for something that is ultimately Abe’s fault. He almost certainly cannot be fired; he will almost certainly refuse to leave.

Finally – yet absolutely vitally for many of the Abe Children – there is the question of the LDP’s junior coalition partner, Komeito. Between the security bills in 2015, the casino bills and the rumbling about changes to pacifist clause of the constitution, Komeito have been asked to stretch their positions almost to the point of what is tenable. The Moritomo scandal has all the ingredients required to incense the smaller party, which already fears fractures in their support base over their acquiescence to the LDP’s recent demands; it involves ultra-nationalists meddling in children’s education, cronyism and corruption among both politicians and the bureaucracy, and now the suicide of a career bureaucrat who believed he was being set up as the scapegoat for the whole affair.

Komeito’s supporters have not forgotten its original branding as the “Clean Government Party”, nor its positioning as a party that can stand up for families and small businesses in the face of big money corruption; hence, this scandal puts a deep strain on their almost two-decade-long coalition with the LDP. That’s of concern to the Abe Children because many of them rely on Komeito voters at election time; the LDP rarely needs its coalition partner’s votes in the Diet, but dozens of LDP lawmakers would find themselves facing incredibly tough challenges in future elections if the party lost the support of Komeito’s 6 to 7 million voters – either through a fracturing of the coalition, or through Komeito’s voters simply deciding they’ve had enough of splitting their ballots in favor of LDP lawmakers.

Many of Abe’s Children will be spending this week mulling all of those factors, and taking stock of exactly where their political loyalties and future may lie. The prime minister that brought them into office and guided them through two additional elections may be about to find himself a lame duck; a coalition partner whose votes are crucial to keeping many LDP lawmakers in office is likely asking itself whether this relationship remains tenable. The only bright spot for Abe and his Children is the lack of a general election on the horizon; they have over a year in which to turn things around before the Japanese electorate get to really make their voice heard once again.

An earlier version of this article originally appeared in Tokyo Review’s newsletter, which is emailed directly to subscribers and includes a round-up of the best writing on Japan from our site and across the web, along with early access to this op-ed column. It’s free to subscribe, so sign up below!

Explore more of our coverage of the Moritomo Gakuen scandal: