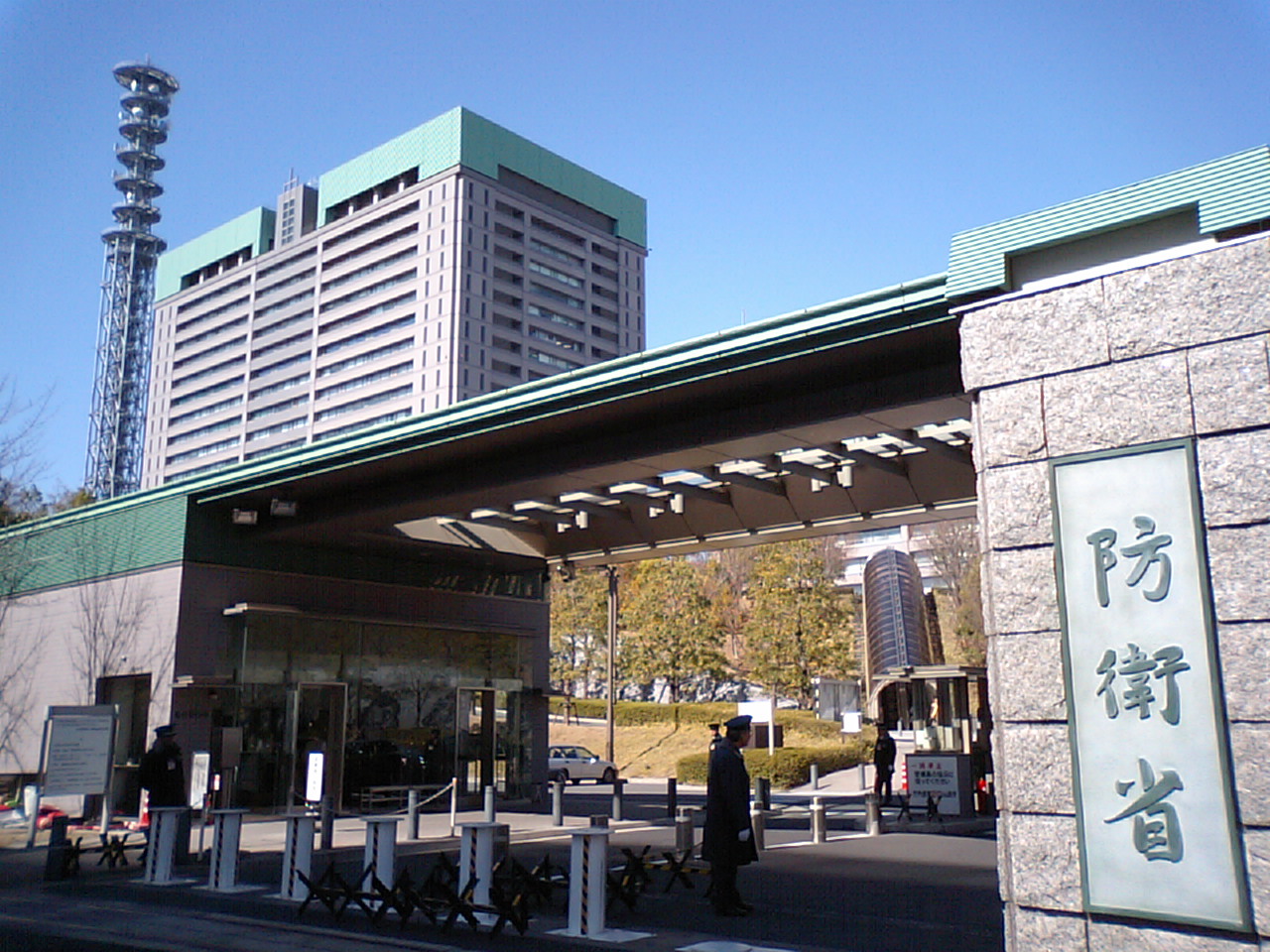 Of the Abe Administration’s many scandals, the issue of hidden mission logs from SDF operations in Iraq and South Sudan is perhaps the most complex – and could have far-reaching implications.

Since the beginning of the year, the Abe administration’s approval ratings have taken a drastic hit owing to a series of scandals, and while some of those scandals’ circumstances and implications are obvious — the Moritomo and Kake school scandals are tied to cronyism, former Vice Minister of Finance Fukuda’s resignation was connected to sexual harassment — the issue over the Self Defense Force’s daily logs is not as clear cut. The most recent scandal of this type (the so-called nippō mondai) is linked to the Iraq reconstruction mission that took place between 2004 – 2006, but this is partly a continuation of the alleged cover-up of South Sudan peacekeeping mission logs that contributed to the resignation of Minister of Defense Tomomi Inada last July. But what exactly are these log scandals all about? What are the long term implications?

There are four layers to the log scandals: (1) handling of documents; (2) whether or not Self-Defense Force (SDF) operations violated Japan’s legal frameworks; (3) civilian control of the military; and (4) civil-military relations. The issues of civilian control and civil-military relations will be the subject of future examinations on Tokyo Review, while this article describes the legal and technical issues surrounding the log scandals.

The Iraq reconstruction mission was Japan’s effort to put boots on the ground in the U.S.-led Global War on Terror. Although the Junichiro Koizumi administration successfully passed the Anti-Terrorism Special Measures Law in 2001 that allowed the SDF to provide logistics support in the rear area, the government wanted to break new ground by deploying SDF members alongside coalition partners in country. Still, constitutional interpretations placed geographical and operational limits on potential SDF activities, so by the time the terms of an additional law could be passed, the resulting deployment had been negotiated down to a reconstruction team operating in a non-combat zone somewhere in Iraq.

The Ground Self Defense Force (GSDF) settled on Samawah as its operating location, and though the mission came and went without casualties, controversy broke out this past April, nearly twelve years after the deployment ended. The genesis of the scandal was in February 2017, when an opposition lawmaker requested the Ministry of Defense to produce logs from the Iraq deployment. Although the Ministry initially claimed there were no such documents, Minister of Defense Onodera revealed last month that the GSDF had in fact located logs from the deployment in March 2017 but failed to deliver those to the Minister of Defense who could then produce them to the Diet.

This compounded the alleged cover-up of logs from the GSDF’s Peacekeeping Operations (PKO) in South Sudan. The PKO mission began back in 2008 and saw an increase in personnel and scope in 2011 under the former Democratic Party of Japan regime. By the time the Liberal Democratic Party retook power, however, the situation in South Sudan had started to deteriorate. Amidst worsening conditions, a Japanese journalist requested mission logs from the deployed unit under the freedom of information law, but the response he received was that logs had been destroyed. This odd response, along with damning leaks from inside the Ministry that seemed to corroborate accusations of malfeasance, led to allegations of a cover-up. While Inada’s resignation curtailed debate for nearly nine months, the Iraq log scandal shares enough similarities to the South Sudan scandal to beg questions of institutionalized misconduct.

What are the logs, exactly?

Part of the problem that led to this scandal and subsequent understanding of its implications is that there is no clear consensus on what these logs are supposed to be. Lack of clarity on this complicates the language used in requesting the recovery of data, as well as how the individual organizations responsible for tracking down those records interpret the orders to do so. Specific to these scandals, there is no obligation under either the law or the “basic plan” for operations in Iraq or South Sudan to provide routine updates to the Minister of Defense or higher level authorities, so any logs that exist are meant primarily for internal SDF usage. The recent release of over 15,000 pages of documents reinforces this notion, revealing that much of the information therein does not necessarily detail operational conditions.

Why is there controversy?

There are two reasons for controversy: first, that the SDF and Ministry of Defense did not produce the logs when initially requested or later discovered; and second, that the logs refer to operational conditions that seem to have been in violation of legal frameworks. The former is straightforward — the handling of requests for those logs make it seem that the SDF and Ministry of Defense were hiding something. The South Sudan case led to the resignation of five senior defense officials for failure to carry out the duties of handling and producing those requests, and punishment of 17 Ministry and SDF officials is set to take place now that the Iraq log scandal investigation is complete.

The latter reason is more nuanced and surrounds two key terms: sentō (戦闘, “combat”) and teisen gōi (停戦合, “cease-fire agreement”). The word “combat” carries heavy legal significance in Japanese security practice. Legally speaking, the SDF is prohibited from any combat operations except those following an armed attack; i.e. either in exercise of individual or collective self-defense under international law. Prior to an armed attack situation, the SDF is authorized only to operate in the hisentō-chiiki (非戦闘地域, “non-combat area”). The controversy with the Iraq logs is the occasional use of the term sentō and reference to rocket attacks and sporadic gun fire that suggest the SDF was actually in a combat zone. With this, opposition lawmakers have argued that the SDF was operating in Iraq illegally.

Meanwhile, “cease fire agreement” relates specifically to Japan’s five conditions for support to UN peacekeeping operations, one of which is that a cease fire agreement must be in place. In South Sudan, both sides to the conflict had agreed to a cease fire prior to the SDF’s initial deployment, but the presence of continued fighting between the government and rebel forces led opposition lawmakers to argue that the cease fire agreement was void and that the SDF mission should end.

What will this scandal mean for SDF operations in the future?

Some obvious outcomes will be stricter directives on handling of logs and probably new requirements for on-scene commanders in terms of documenting changes in operating conditions.

Further reaching implications of the log scandals will depend on whether the opposition parties choose to pursue short-term wins against the administration or long-term changes to legal interpretations. If the opposition continues to push for resignation of ministry and SDF officials, it may succeed in punishing the current administration but will negate political impetus for further deliberation on the issue in the Diet. If the opposition continues to challenge ministry officials on the SDF’s adherence to legal frameworks, then there could be degradation of an SDF commander’s authority and/or loss of flexibility in the specific definitions of “combat” and “cease fire”.

Right now, the decision as to whether or not the mission is no longer valid under existing legal frameworks is left principally to the on-scene commander. Opposition parties may successfully demand that this condition be changed, moving decision authority to the Minister, Cabinet, or, in an extreme case, the Diet. Additionally, the definitions of “combat” and “cease fire” apply to a broad range of SDF mission areas including, but not limited to: PKO, logistics support, asset protection, ship inspection operations, search and rescue, minesweeping, transport, and transfer of Japanese nationals overseas (Japan’s equivalent to Non-combatant Evacuation Operations). Application of explicit, stringent definitions on those terms may further limit the type, scope, and location of operations that the SDF is able to carry out ahead of an armed attack situation.

To date, Minister of Defense Onodera has evaded both resignation and changes to legal interpretations in the Diet, and the Ministry announced last week that the investigation of the Iraq logs was completed and revealed no intentional cover up. With the focus in the Diet shifting back to the Kake school scandal, it seems unlikely that the opposition will take the log scandal issue back to the Diet floor before the current session ends in a few weeks; however, without decisive resolution to either the Iraq or South Sudan log issues, time will tell if opposition lawmakers will seek long-term changes to Japanese security practice.