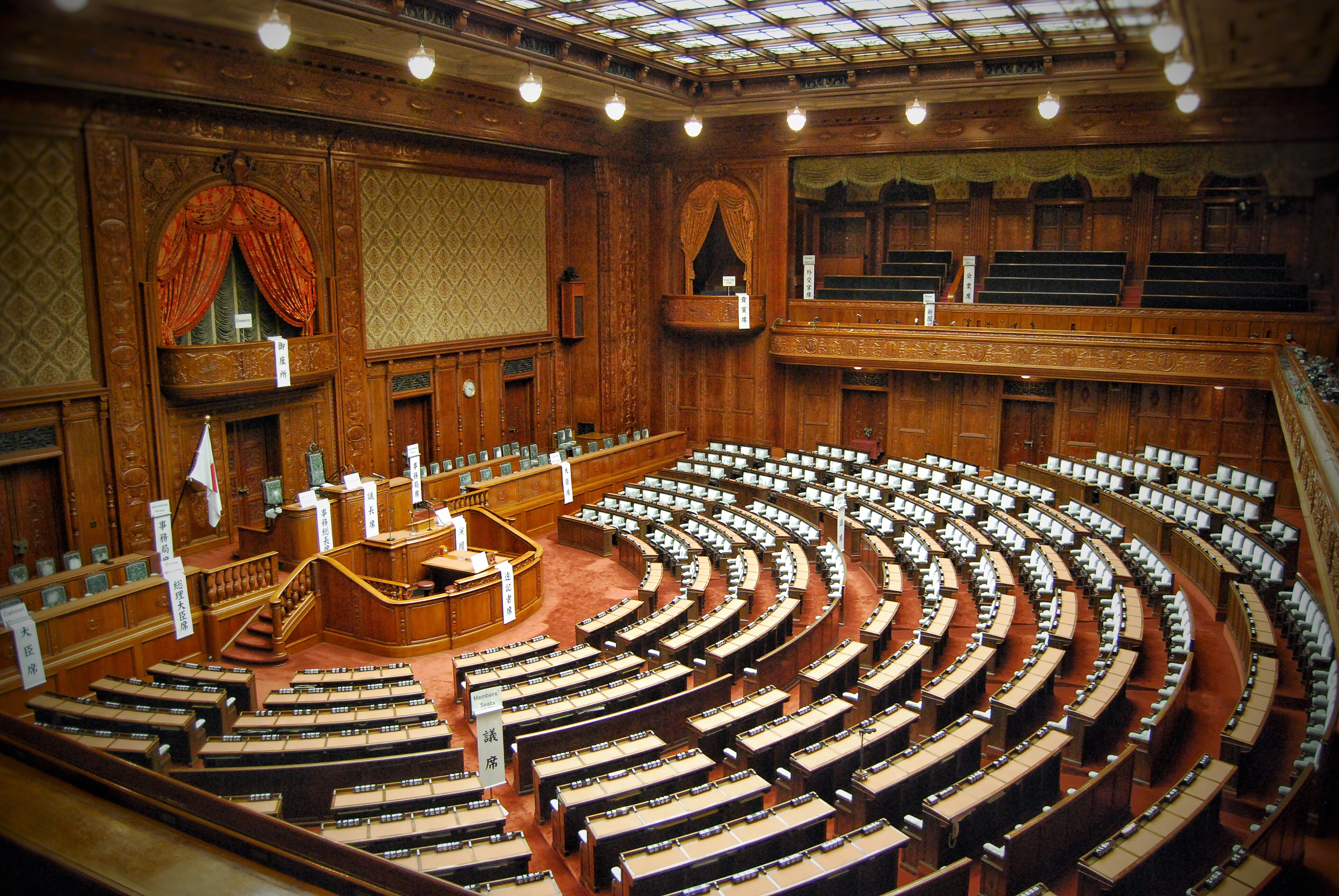 With a debate over controversial casino legislation and an LDP presidential election looming, Summer 2018 is set to be a busy one for Japan’s politicians.

The official start of summer is fast approaching, and although the Abe administration may have hoped for a quiet entry into the Diet recess after battling scandals for the past few months, the season’s political calendar is already filling up. The ordinary session of the Diet (tsūjyō kokkai) was set to close on June 20 but the ruling coalition extended it to enable passage of its “casino” legislation.

When the Diet session does end, it will put 700-plus Diet members on recess until the extraordinary session (rinji kokkai) that is likely to begin in October. For junior elected officials (first- or second-term), the summer recess affords down time to return to home constituencies to sow the seeds for future reelection; but for more entrenched politicians, especially those with cabinet postings, this summer stands to prove exceptionally busy. Below is a quick preview of what to expect from Japanese politics this summer.

The lengthy debates over the Moritomo and Kake school scandals delayed the administration’s legislative agenda for this year’s ordinary session, leaving the ruling coalition with no choice but to extend the current Diet term in order to pass its “casino” legislation. Tokyo Review featured an earlier article offering more in-depth understanding of the casino bill, but in sum, it represents the implementing legislation that allows the construction of casinos, or “Integrated Resorts,” with special provisions for legalized gambling. Though not as roundly controversial as some previous legislation passed under the current Abe administration, the additional month of Diet deliberations will provide the opposition an opportunity to highlight the ruling coalition’s ramming through of the bill, a tactic seen as undemocratic and harmful for public opinion. With the administration’s approval ratings leveling off after months of decline, Prime Minister Abe will do his best to avoid another black eye ahead of the Diet recess’s most significant political event.

For the Liberal Democratic Party, the most important event over the summer recess will be the party presidential election set to occur in September.  A few months ago when public opinion was plummeting, Abe’s position at the top seemed a lot more precarious, but now, a third term appears a likely outcome – albeit a contested one. Shigeru Ishiba has been a vocal opponent of the administration since being replaced as secretary-general in 2014 and has postured himself as the “anti-Abe” candidate. Going all-in on challenging Abe, Ishiba has enough membership in his faction and outside support to garner the twenty intraparty endorsements to become an official challenger in September.

For other factions and LDP politicians, the summer will be a time for political maneuvering. Abe’s factional backers will likely come out relatively early in the summer with their support. That includes the Hosoda faction, the Aso faction, and the Nikai faction. This early support will pay off in future cabinet/party leadership postings and potential lines-of-succession.

The wildcards remain the Kishida and Takeshita factions. LDP Policy Research Council Chairperson Fumio Kishida seemed the heir apparent to Abe for some time, but it is unrealistic that he alone can muster the numbers necessary to challenge a stable Abe government. That means he may consider joining forces with Ishiba. Although such a pairing would have appeared improbable a year ago, it may be the only way for both Ishiba and Kishida to satisfy their ambitions for party leadership in the near term.

If Kishida decides to enter into a political alliance with Ishiba, it would enable Wataru Takeshita to play the role of balancer. With the third largest faction and a favorable relationship with Ishiba, Takeshita could swing enough votes towards a Kishida/Ishiba alliance. While it is feasible that a three-faction coalition could challenge Abe leadership, obstacles remain in negotiating key issues including policy positions and potential lines-of-succession. Further, both Takeshita and Kishida have to weigh the risks of taking a run at Abe if it appears that the election is unwinnable, even with a three-faction coalition. It is likely that both of these faction heads will hold off their decisions until the August/September timeframe, giving them enough flexibility to negotiate among themselves and assess the political situation closer to the actual election.

Finally, with the fewest number of members, Nobuteru Ishihara’s faction will be looking to side with the strongest coalition in hopes of garnering favor in future cabinet appointments and policy considerations. In the past, Ishihara has remained closely aligned with Nikai, so barring a political shock, an announcement of Ishihara’s support for the Abe camp should come either concurrently or soon after Nikai’s call.

Meanwhile, there is at least one independent looking to throw her hat in the ring. Seiko Noda announced last week that she will be devising her own policy manifesto, which portends another run for the top similar to her attempt in 2015. Also similar to that attempt will be her difficulty in securing twenty endorsements. She failed in 2015, and with the “anti-Abe” LDP crowd likely to throw their weight behind Ishiba and/or Kishida, Noda may come up short once again.

For Abe, the game plan for the party election is simple: stay the course. Although mired in Moritomo and Kake school scandals, the inability of opponents to produce a “smoking gun” that directly implicated the Prime Minister enabled Abe to weather the political storm. Absent new evidence of collusion in existing scandals, Abe need only stay above the fray this summer, focusing instead on the activities that make him desirable as the stable, status quo head-of-state; namely, foreign affairs.

The summer recess is often a time for Diet members to travel abroad, but for the Abe administration, these activities will bear much more significance than the standard meet-and-greets and opinion exchanges. Certainly, North Korea will be a central focus for the coming months. Foreign Minister Taro Kono has put forth great effort to stay in close contact with his U.S. and South Korean counterparts, and this will only increase with hints that North Korea may be interested in a summit with Japan. Current speculation places an Abe-Kim summit occurring in September in Vladivostok on the sidelines of the Eastern Economic Forum. If that comes to fruition, a great deal of political energy will be put into coordination with partners, prepping and executing negotiations, and managing outcomes. Even if it does not, the efforts to stay engaged in North Korean diplomacy will continue to be a time-consuming priority for Abe and other key members of his administration.

But North Korea will not be the only focus for foreign diplomacy. Japan will look to carry forward the momentum behind its Indo-Pacific Strategy in engagements with partners throughout the region. The Shangri-La dialogue witnessed a great deal of focus on a free and open Indo-Pacific, indirectly reinforcing the principles of the Abe government’s regional strategy. It is probable that cabinet officials and senior members of the administration will dedicate time during the recess in support of Japan’s broader regional interests either by traveling abroad or hosting delegates from regional Indo-Pacific partners.

Although the Diet extension offers an additional month for debate, when the recess begins, opposition parties lose their primary forum for challenging the ruling coalition. Instead, opposition party members will be focused on two other activities: one, media engagements to continue challenging the ruling party in the public eye; and two, grassroots campaigns to build political support. The recess offers a chance for opposition lawmakers to make the rounds on Japan’s popular talk shows and other programs in order to make their cases in the court of public opinion. The time off also gives them the opportunity to advocate for prefectural and municipal politicians. Opposition lawmakers will be heavily involved in any local elections taking place, stumping for their candidates. The biggest set to occur during the recess is the unified election in Okinawa.

Unlike the rest of Japan which typically holds its municipal elections every four years in the April unified elections (tōitsu chihō senkyo), Okinawa holds its unified municipal elections in September on a separate year (owing to the fact that Okinawa did not rejoin the Japanese political sphere until reversion in 1972). Nearly 350 seats will be up for grabs across over 20 municipalities in Japan’s southernmost prefecture.

From a policy standpoint, the ruling coalition is looking to this election to build a support base for its security policies. These include both U.S.-Japan alliance realignment initiatives like the Futenma Relocation Facility and the Japanese government’s unilateral defense designs – namely, the construction/expansion of Self Defense Force bases along the southwest island chain.

Politically, the elections in September are important because the LDP is seeking to capitalize on the fracturing “All-Okinawa Coalition” that had monopolized Okinawan election victories for several years. Key mayoral losses for the coalition in Ginowan (January 2016), Nago (February 2018), and Ishigaki (March 2018), paired with coalition champion Governor Onaga’s unfortunate bout with pancreatic cancer signals an opening for wider LDP-Komeito gains across the prefecture.

While faction heads and cabinet ministers will be pulling strings and negotiating ahead of the party presidential race happening at the same time, expect other big names from both the ruling coalition and opposition parties to don colorful kariyushi shirts and travel to Okinawa this summer to lay the groundwork for election gains in September.