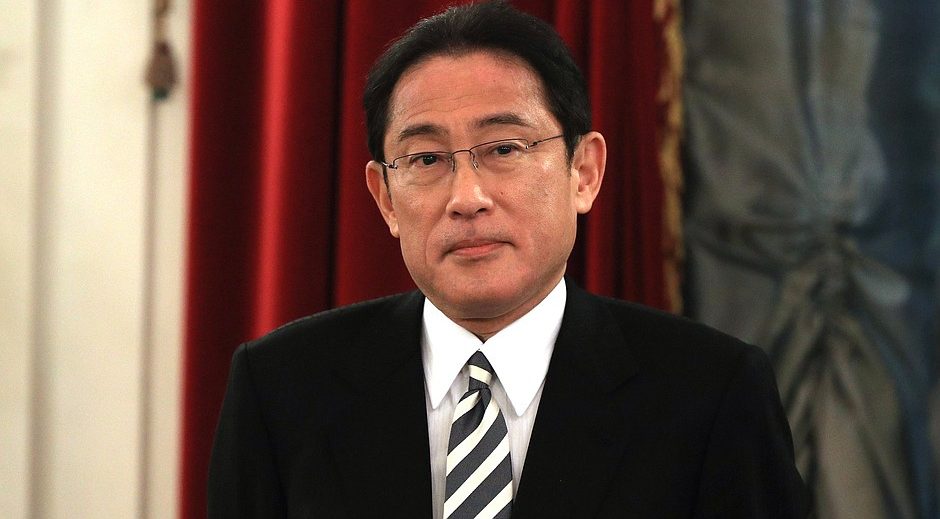 Fumio Kishida was long assumed to be Shinzo Abe’s heir as prime minister – but now faces a conundrum over whether to back a challenge to Abe’s leadership.

The Diet session has not yet ended, but the stage is already set for a showdown in the LDP presidential election this September. Prime Minister Shinzo Abe coasted through the last party election uncontested in 2015, but to secure a third term as party chief, he will face a political battle against former LDP Secretary-General Shigeru Ishiba. Barring any political shocks between now and September, Abe appears poised to win, and factional heads are now deciding where to put their allegiances. Three factions have already announced support for Abe: Nikai, Aso, and Hosoda (Abe’s home faction). Ishiba’s faction is obviously behind its leader, Shigeru Ishiba, leaving the Takeshita faction, the Ishihara faction, and one other interesting holdout: the Kishida faction.

For many outside observers, former Minister for Foreign Affairs Fumio Kishida appeared the heir apparent to Abe for some time, but Kishida’s patience in announcing support tells a different story. Were everything still steadfast between Kishida and Abe, the announcement for support should have come early along with the other three faction heads. The holdout indicates that Kishida is at least driving a hard bargain to reaffirm his place in the line of succession, though it also suggests he is appraising the political landscape to determine whether taking a run at Abe now is the right call.

Why might Kishida be facing this political conundrum now after many years seeming to be the next in line? There are several key factors affecting Kishida’s decision-making, including the following:

Prior to his current position, Fumio Kishida unseated PM Abe’s father (Shintaro Abe) as the longest consecutive serving foreign minister in postwar history. For a prospective prime minister, this was a good position: Kishida was able to build a good reputation with the international community, he was able to keep a constant and positive image in the public eye, and he could maintain a healthy distance from any of Abe’s unpopular domestic policies.

However, the foreign minister post has little influence over intraparty dealings, and Kishida and his factional supporters wanted him in a “kingmaker” position to secure his place in the line of succession. The two positions best suited for that are chief cabinet secretary (the government’s de facto number two position) and secretary general (the party’s de facto number two position). With Yoshihide Suga maintaining a firm grip on the CCS posting, Kishida showed interest in the secretary general post before that went to fellow faction head Toshihiro Nikai. Eventually, Kishida settled for the Policy Research Council chair. That position is traditionally an important one but it lost some of its former prominence under the Abe administration for two reasons. First, Abe is notorious for ignoring the council. Second, Abe has used it as a place for followers such as Tomomi Inada and Sanae Takaichi to build their portfolios and echo his agenda. This was not a power move for Kishida as he departed his ministerial role.

The distribution of power within the LDP has been anything but static since 2012. There have been two House of Representative and two House of Councillors elections. Shigeru Ishiba went from Abe-ally and secretary-general to anti-Abe candidate, forming his own faction along the way. Kishida’s faction dropped from third to fourth largest when Aso merged with the Santo faction and Tanigaki group. Fukushiro Nukaga transferred leadership of his faction to Wataru Takeshita, and while Nukaga was notoriously lax in shepherding his members, Takeshita is a more willing shadow broker.

Meanwhile, after four elections under Abe, the number of independent LDP lawmakers (i.e. no factional affiliation at all) is now at its highest in the postwar period. Many of those independents want to see factional practices disbanded altogether. The bottom line is that whatever deal Abe and Kishida may have brokered years ago does not reflect broader LDP machinations with players who have other interests in mind, many of which do not necessarily include seeing Kishida become prime minister.

There is a saying common in Japanese government: jijō ga kawatta (“circumstances have changed”). In other words, the deal is off. Kishida has cause to believe that any deal he struck with Abe is on precarious footing. After all, as described above, internal LDP power dynamics have changed, and Abe has already broken one political promise in this tenure as prime minister: back in 2012, Shigeru Ishiba made a deal with Abe so the two would not split the LDP presidential votes allowing a third candidate (Nobuteru Ishihara) to steal a victory. Ishiba earned the secretary-general post and was promised both policy influence and succession, but Abe gently showed Ishiba the door as soon as he had the political capital to do so. Kishida would be foolish to think that the same thing could not happen to him if Abe had the ability to name a successor more closely aligned with his own policies.

With these factors in play, Kishida now must decide the best course of action that will see him to Japan’s highest political office. Basically, Kishida has two options: seize the earliest opportunity or hope that the deal he has with Abe does not fall through (whether by Abe’s design or moves by another LDP lawmaker).

Given these conditions, Kishida right now will drive a hard bargain with Abe to make sure the Prime Minister upholds his end of the deal. At the same time, Kishida will appraise the opposition to see if there is any possibility for an alliance that could actually win in September. Shigeru Ishiba has traditionally been popular among local LDP chapters and enjoys the support of some LDP independents (especially reformers). If Wataru Takeshita (leader of the third largest faction) is willing to put his numbers behind Ishiba, then an Ishiba-Kishida-Takeshita alliance has a shot – albeit a long one – at winning the LDP presidency this year.

While many outside observers will wonder why Kishida would even consider such a long-shot option, the political situation for him is a tough one. Certainly, if Kishida makes a move too early and fails, he will remove himself from Abe’s potential line-of-succession. However, if he fails to make a move, he may find himself off the list anyway. Such is Kishida’s conundrum.