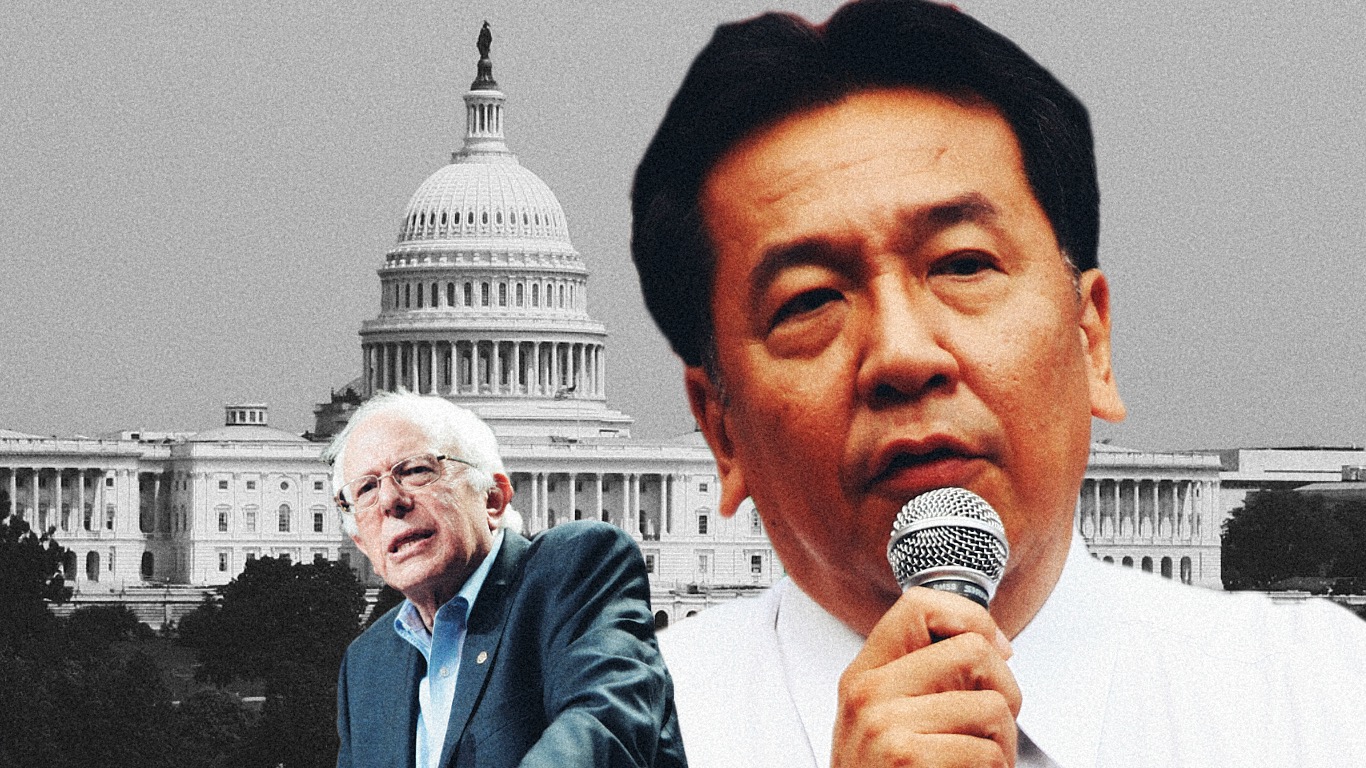 Japan’s opposition leader Yukio Edano met with Bernie Sanders in Washington – but how successful can a “Sanders-style” movement in Japan actually be?

Yukio Edano, leader of the Constitutional Democratic Party of Japan and de facto head of Japan’s opposition, visited Washington, DC for a five-day visit this month. Unlike the titular senator in “Mr. Smith Goes to Washington,” Edano is no neophyte, having served several cabinet positions during the Democratic Party of Japan’s rule from 2009-2011. He maintains, however, a similar reputation for integrity, becoming famous for his sleep-deprived updates to the public while he was chief cabinet secretary during the triple disaster of March 2011.

However, the party he leads is not even a year old and was created almost by accident. When the Democratic Party’s newly minted leader Seiji Maehara announced that his party would not contest the 2017 lower house election, with candidates instead free to join up with Yuriko Koike’s Party of Hope, one of Koike’s stipulations was the exclusion of any candidate who opposed constitutional revision. This effectively froze out the DP’s liberal and left-leaning candidates – but a move aimed at neutering this group instead ultimately resulted in the creation of one of Japan’s few ideologically coherent parties, which is now the largest opposition party in Japan’s House of Representatives.

Though the CDPJ is a long shot to take power anytime soon (more below), it’s a smart move for Edano to begin making introductions and building his rolodex with Japan’s longstanding ally. They certainly don’t need to agree on everything (and they almost surely won’t) but keeping lines of communication open and making sure both sides understand the other’s position will be vital for avoiding a repeat of Prime Minister Hatoyama’s debacle with Okinawan base relocation.

But one particular meeting – that with progressive firebrand Bernie Sanders – drew particular attention. Edano and his staff expressed hope for a meeting before the trip and managed a sit-down on September 13. Edano said that he hoped to run a grassroots campaign focused on youth issues like those which helped propel Sanders to a central role in the Democratic Party’s campaign efforts. To a point, the meeting reveals Edano’s vision for the CDPJ – that of an insurgent party that seizes on progressive issues that may be important to youth voters and those dissatisfied with the status quo.

The problem for Edano is that a left-leaning grassroots-focused party already exists in the Japanese Communist Party. Far from being a phantom limb of post-World War II Stalinist salami tactics, Japan’s Communist Party is a relatively mainstream progressive party that emphasizes grassroots engagement and – in urban and suburban areas at least – runs smart, young candidates in its campaigns. It’s also perfectly content in its role as an ideological outlier that stands apart from the internecine cloak-and-dagger Nagatacho battles – when party leader Kazuo Shii was asked why the party insists on keeping the potentially alienating “communist” moniker, he sharply responded that the CPJ’s ideological vision is far closer to actual communism than North Korea’s.

In other words, because the Communist Party is already successful in occupying the role of a niche, progressive, grassroots party like the movement Sanders has led, it begs the question of why Edano would envision the CDPJ occupying a similar space. While it certainly makes sense for the two parties to collaborate, the potential for the CDPJ lies in its ability to reach a broader base of support than most parties of its type that came before it. There’s also the fact that Sanders’s movement has come up short in terms of electoral successes; Sanders’ successes have been in effecting internal change and elevating progressive issues within the Democratic Party, not in victories at the ballot box. Edano leads his party, not an insurgent faction within an established party; his goal as party leader must be to win seats and ultimately elections.

This connects to two fundamental problems for the CDPJ: first is that the LDP is adept at parroting opposition initiatives. Attacking the LDP from the economic left is almost a fool’s errand – while foreign media often brand the LDP as a conservative party, on economics at least they are unabashedly Keynesian. The late Koichi Kato, once LDP secretary general, described the LDP as the world’s “crippling working hours or the rise in temporary employment which is undercutting the postwar social contract by making permanent employment – and the benefits that come with it – more elusive. But while Sanders champions the cause of universal health care in the United States, the LDP already accomplished that goal in Japan in the 1950s.

This leads to the CDPJ’s second fundamental problem: without making light of Japan’s social problems, the country possesses nowhere near the anxiety and cleavages that are tearing the United States apart and creating space for political alternatives like Sanders (and Donald Trump) to gain traction. Japan simply doesn’t possess nearly the same levels of economic inequality, state violence against minorities, or addiction crises that can push voters to look for alternatives to the status quo. With so few cleavages to exploit, the opportunities for the CDPJ to enter the conversation as an alternate choice to LDP rule rest mostly on public dissatisfaction with the ruling party.

That could be a winning strategy, but it will take time since “success” depends more on LDP missteps than on the CDPJ gaining momentum. To that end, the CDPJ is so far taking the right approach of building from the grassroots, identifying candidates and districts, and establishing a platform. If the CDPJ is to become a viable, ideologically coherent alternative in a possible future two-party system in Japan, then it needs to focus on growing its base rather than just on grassroots efforts. Edano should be honest about his party’s ceiling if it follows the Sanders model too closely.