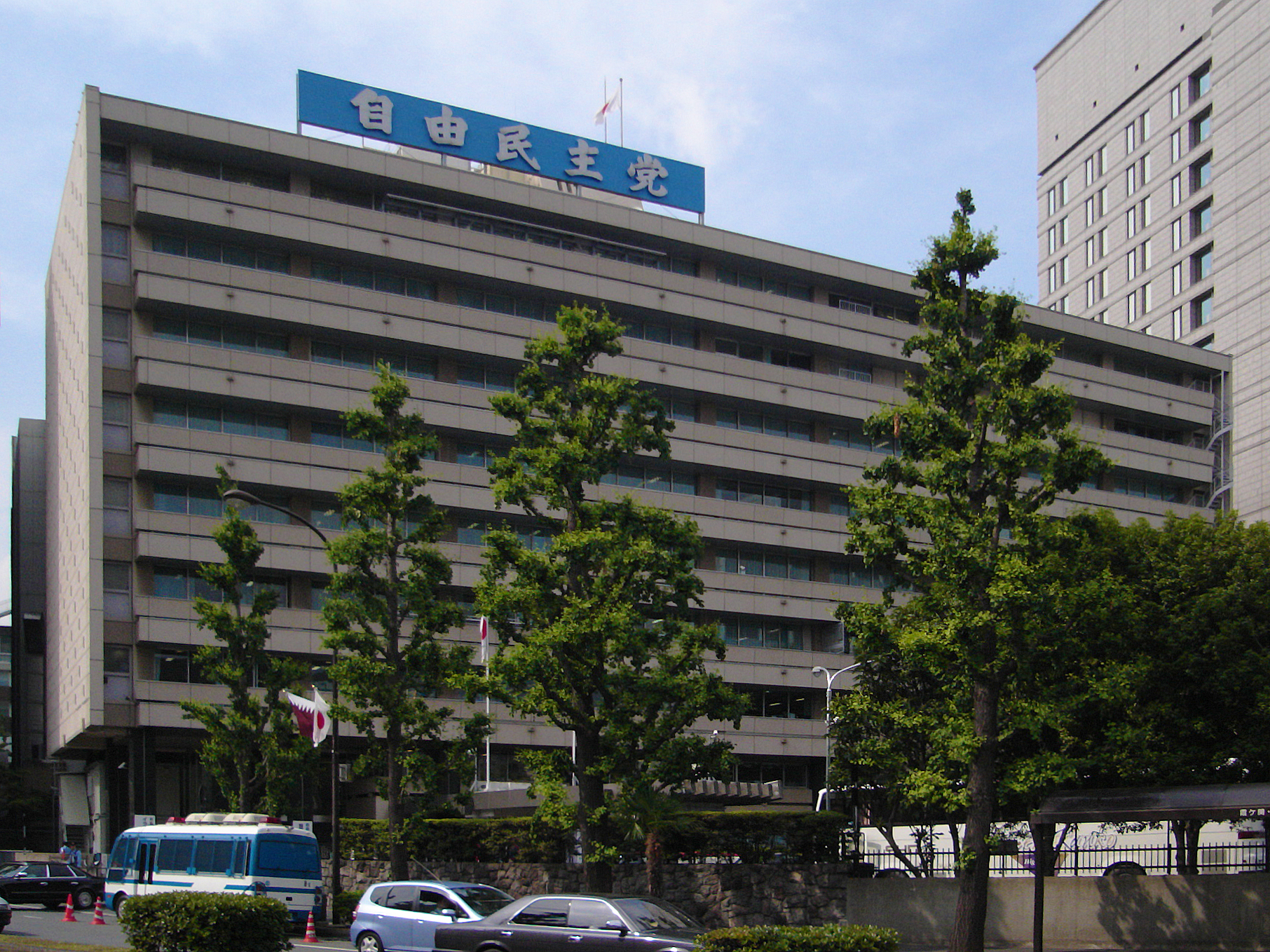 The ballots are counted, and it is official: Shinzo Abe has secured a third term as Liberal Democratic Party president. At 553 votes to Shigeru Ishiba’s 254, the final tally was strongly weighted towards Abe. Certainly, this result was expected given Abe’s factional support and public opinion going into the campaign period. With victory assured and important geopolitical events concurrently taking place, this party election may not have been as captivating or critical as previous polls, but the 2018 LDP presidential election proved to be more than an exercise in futility. This article explains why, offering a few takeaways and things to watch from the race.

Ishiba may have been the long shot from the start in this election, but he was determined not to allow Abe to win another term without a fight. In 2015, Abe was too strong to challenge so the election went to him uncontested. Not only that, the party even went so far as to change its rules in March 2017 to allow Abe to serve a third, 3-year term. However, a series of scandals threatened Abe’s position in the Kantei and opened the door for Ishiba, who had been posturing as the ‘Anti-Abe’ leadership option.

Although the victory was one-sided, the contest did two things. First, it forced Abe to make deals with other LDP heavyweights – namely, faction heads. Without an election, Abe could have reshuffled his cabinet and stacked it with members of his inner circle, but the negotiation for support created debts that will need to be repaid in the next cabinet reshuffle and beyond.

Second, the presidential election kept fissures open in the Abe-led LDP. Ishiba did not shy away from highlighting Abe’s scandals, even unabashedly using “Honesty, Fairness” as his campaign slogan. A pro-Abe lawmaker played into this narrative during the campaign when he allegedly pressured Minister of Agriculture, Forestry, and Fisheries Ken Saito (an Ishiba faction member) to resign his cabinet post. Ishiba’s message in response to that incident was the same as his campaign theme from the outset: the LDP had lost its way. As such, the election came down to a battle between status quo and reform. Although status quo prevailed, the messages delivered during the campaign will land once again if new scandals involving Abe or his allies emerges. Ultimately, Abe’s victory was a strong one, but by gaining over 30 percent of the votes, Ishiba at least kept the door ajar for aspiring reformers in the LDP waiting for a chance to challenge Abe should he falter.

The format for party elections has changed only a couple times in its history, with reform coming principally to decrease factional influence. Originally, the votes were entirely held among Diet members. The first round was the so-called “beauty contest,” where each faction voted for its own head (or representative candidate). The absence of a majority winner would take voting to a second round where the top two vote-getters would battle for top spot. The election rules eventually changed to include local LDP chapters. Three hundred votes were distributed to rank-and-file members across the country in first round voting, with each sitting Diet member also getting a vote. If no majority resulted, a second round would take place, but only with Diet members casting ballots. The rules changed once again in 2014 to even the number of rank-and-file votes with Diet members, so in this most recent election there were a total of 810 ballots. While this move cannot completely eliminate factional dominance (second round voting reduces rank-and-file votes to one-per-prefecture), in a head-to-head contest where a majority will invariably be achieved in the first round, the paradigm shifts to where a candidate with enough grassroots appeal at least has a chance to challenge entrenched faction heads.

While the LDP election was not a nationwide general election, Shigeru Ishiba’s campaign set a new standard for LDP politicians. Ishiba entered the race knowing that he would be the underdog in Diet ballots, so he focused his campaign on the rank-and-file members in a mix of traditional and modern campaigning tactics. As is now standard for Japanese politicians, Ishiba donned white gloves and clambered atop campaign vehicles to deliver speeches in various constituencies. He also held 23 rallies across 19 prefectures. On top of these conventional practices, Ishiba’s campaign team took to the internet, setting up a campaign website, crafting personalized video messages for all forty-seven prefectures, tweeting over 150 times in forty days since announcing his candidacy (with commensurate posting on his Facebook page), using Twitter Live video and Instagram stories, streaming content on his YouTube channel, creating a LINE stamp series, and opting to provide an easily digestible (and downloadable) PDF version of his policy vision rather than the standard 100-150 page softcover policy books distributed in Japanese bookstores.

The effectiveness of this method of campaigning is difficult to quantify. If one simply uses polling data, it seems to have at least a modest impact. In Kyodo polls of rank-and-file LDP members, Ishiba narrowed Abe’s lead by twelve points midway through the campaign period. In the end, he managed to secure 45 percent of the local chapter votes. Nevertheless, Ishiba’s loss will cause some to question the utility of this effort. Whether other LDP politicians follow his example remains to be seen, but the House of Councillors election next summer will answer that question as the party engages the public in a nationwide general election.

There were two indicators signaling the continued importance of factional politics in the LDP. First, neither the new election rules nor Ishiba’s rigorous campaigning could make up for the hole created by factional allegiances to Abe. By August, Abe had already commanded support from the Hosoda, Asō, Nikai, Ishihara, and Kishida factions, giving him a majority of the votes in the Diet, shaping the entire election. It placed Ishiba in an insurmountable position vis-a-vis Diet ballots and forced him to attempt to make up the difference through the rank-and-file voters. It also allowed Abe to play the campaign in a manner that best suited his preferential policy agenda. For example, Abe dedicated a notable portion of his campaign on promises to amend the constitution – if he did not feel so comfortable with the pledged support from faction heads, the tenor of his campaign would have had to change significantly. Second, and perhaps most importantly, even the famously anti-faction Ishiba felt compelled to form his Suigetsukai to make a run at Prime Minister Abe.

Shinjiro Koizumi kept silent throughout the entire campaign period, but on the day of the election decided to disclose his support for Shigeru Ishiba. Some may criticize the timing since there was no way it could influence voting, but it was a clever means to establish himself as a reformer without harming Abe’s campaign or hitching himself to Ishiba. More analysis on his decision is necessary, but ultimately, the move allowed Koizumi to keep his independence while still challenging Abe.

As assessed in a Tokyo Review article early last month, there will be a cabinet reshuffle following the presidential election. The Abe administration is aiming to reshuffle the cabinet on October 1 and will seek to accomplish three objectives: repay debts, punish challengers, and build-up potential successors. It will be important to observe just how much Abe had to barter away to other faction heads in exchange for their support, as well as how many concessions Abe will make to those who opted to support Ishiba in this recent challenge to his power.

Although this loss does not spell the end for Ishiba, the longer Abe stays in power, the less likely it is that Ishiba will be able to achieve his goal of becoming prime minister. There are simply too many other LDP politicians vying for the top spot that have greater factional support. The big question is whether Ishiba will accept the defeat for the sake of the party and seek to influence policy from within, or if he will continue to voice strong dissent to public audiences in the hopes that Abe falls to scandal in the coming years. The amount of cabinet and party leadership posts Ishiba and his faction are offered and how many they accept in this upcoming cabinet reshuffle will be telling.

Constitutional revision became a campaign issue when previous articles on Tokyo Review have noted, Abe has several steps to accomplish before he is ready to introduce an amendment proposal to the Diet. The first step is achieving the party consensus on an amendment that has proven elusive for nearly sixteen months. Part of Abe’s intent in making constitutional revision a party election item was to break that logjam, and he will no doubt use this election to that end. The most important thing to observe in coming weeks and months is the administration’s actions in achieving party consensus on the proposal. Until that hurdle is surmounted, constitutional amendment will only remain an aspirational agenda item.

For more analysis on the upcoming political calendar following this leadership election, see “What to Expect After the LDP Leadership Election” published earlier on Tokyo Review.