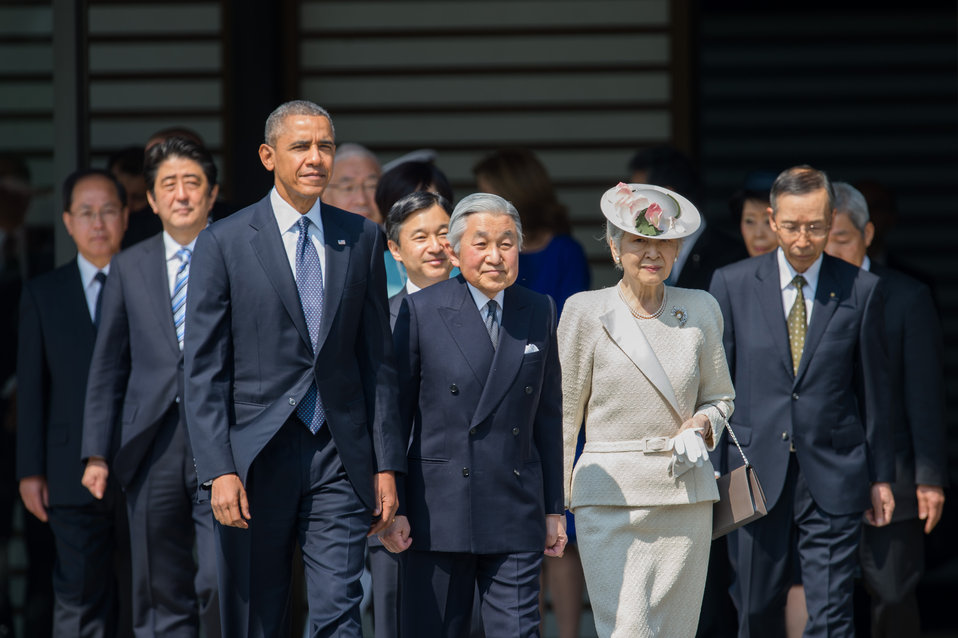 Editor’s Note: this is the second in of a series of articles related to the imperial abdication and ascension scheduled for late April/early May 2019. See the first in the series here.

Japan is just two and a half months away from the historic abdication of its current emperor, Akihito, and the ascension of his son, Naruhito, and despite institutional separation of the imperial household from matters of the state, this event and its aftermath will no doubt impact the political landscape. Japan’s 1947 constitution purposely removed any political power from the imperial household, placing it squarely in the hands of the cabinet. Since then, the emperor has been prohibited from influencing politics in Japan, but like other constitutional monarchies across the globe, legal prohibitions have not kept the royal family from impacting politics indirectly. The Showa Emperor (Hirohito) stopped visiting Yasukuni Shrine in 1978 after the chief priest enshrined convicted war criminals. The current emperor (Akihito) traveled throughout the Pacific on tacit reconciliation tours when politicians would not. The abdication which the world will witness in just a few months is the latest event that has shaped and will continue to influence Japan’s political landscape as an abdicated Emperor Akihito and a newly ascended Crown Prince Naruhito settle into their new roles atop Japanese society.

While the Constitution prohibits the emperor from participating in matters of state, it says nothing about an abdicated emperor

The mere decision to abdicate shook up Japanese politics. The last abdication in Japan was over two hundred years ago and there were no legal provisions under the constitution for how the government could accommodate abdication. As such, the government was unsure what to do when the Emperor first signaled his desire to step down almost a decade ago. He repeated his overtures several times until finally taking a big leap and delivering a speech on television for only the second time in his reign in an appeal to allow him to abdicate. That broadcast shaped public support for abdication, finally forcing the government to deliberate the means to accommodate it. They finally settled on a one-off law that would allow the Emperor to step down from the throne.

There are still other political effects of abdication. There is the era name issue, the influence of the abdication and accession events on the political calendar, among others, but the issue of the behavior of the abdicated Emperor Akihito and his son, Crown Prince Naruhito, will be key to watch.

The constitution specially prohibits the emperor from influencing “matters of the state,” but it does not have specific prohibitions on an abdicated emperor. When Akihito steps down, he will assume the title of daijō tennō (or jōkō, for short) and enjoy greater freedom than he has had for over three decades. How he behaves with that freedom could potentially influence politics, including some of Prime Minister Abe’s personal agenda items.

One such initiative is that of constitutional amendment. Abe has repeatedly expressed his desire to realize postwar Japan’s first-ever change to the 1947 Constitution, but intraparty disagreements over the amendment proposal and the timing of a public referendum have continually derailed his efforts. Even if Abe could gain party support and if the LDP secures the two-thirds majority votes in both Diet houses, an amendment must gain majority support in a public referendum to pass. Public polling on the issue shows a small margin between those for and those against amending the heretofore unaltered constitution. This means, all things being equal, the likelihood of amendment passing a public referendum is slim to nil. However, if the abdicated Emperor, now untethered from constitutional prohibitions, even hints at disapproval of the constitutional amendment proposal, it will fuel opposition party arguments, influence public opinion, and could even cause fissures in party lines. In short, it would eliminate any chance of passing a referendum with a population already uncertain about amendment.

If the abdicated Emperor even hints at disapproval of the constitutional amendment, it would eliminate any chance of a successful referendum

There is no evidence to suggest that the Emperor has any intention of affecting politics after abdication, but in a lifetime spent quietly reshaping the Imperial Household despite strong cabinet overhead, it seems unlikely that Akihito would be any less steadfast in his appeals to the public consciousness. After all, this is an Emperor who made reconciliation tours throughout the Asia-Pacific, who acknowledged the Korean roots of members of Japan’s imperial family, and who has not visited Yasukuni Shrine once during his entire reign despite the cultural and historical ties between shrine, founded by his great-grandfather, and the imperial family.

Nevertheless, Akihito is already 85 years old, and his desire to abdicate is in part due to declining health. The government will try to limit Akihito’s influence and will have leverage since he and his wife will still be receiving support from the state. That aside, since there are no constitutional prohibitions in place for abdicated emperors, any attempts to silence or dismiss Akihito will only appear as gag orders or suppression, neither of which will sit well with the Japanese public.

When his father abdicates, Crown Prince Naruhito will ascend and become Japan’s next emperor, meaning he will be beholden to the strict political prohibitions placed on the throne. Still, that will not prevent him from influencing Japanese politics and society indirectly through his actions, just as his father and grandfather before him.

After decades of royal engagements, Crown Prince Naruhito is well-versed in the customs of the court, but he has also enjoyed the greatest freedom of any crown prince in Japan’s history. Whereas previous members of the royal line of succession received their education within the confines of the imperial household, Naruhito studied abroad, as an exchange student in Australia during his formative years and as a graduate student at Oxford University. Additionally, he has traveled as the representative of the Chrysanthemum Throne to many countries abroad, especially in recent years as his father’s health condition has deteriorated. With these experiences, Naruhito already exceeds the international experience and perspective of the average Japanese bureaucrat, and while he is not as clearly outspoken as his younger brother, the Prince Ashino Fumihito, Naruhito is a known critic of many of the antiquated imperial household practices. The actions he takes to reshape the throne will likely be measured, but the Crown Prince’s past actions may signal the manner in which he intends to reign.

Surely, the worldly and articulate Naruhito will follow in his father’s footsteps in making tours abroad, but what will be more intriguing is what he may be willing to do at home. The Crown Prince’s more modern behavior, such as snapping selfies with well-wishers, has already signaled a desire to bring the imperial household closer to the general public, especially without outreach out to disaffected populations. Charity is often a secret weapon of royal families, and while the Japanese imperial household does not formalize relationships with specific charitable organizations, the events and groups it engages with influences public perceptions. In a recent example, the Crown Prince decided to serve as a guide for a training run with a Japanese Paralympian. For a country that is infamously bad about supporting disabled residents, the act carried great significance, making headlines and highlighting the Crown Prince’s support for an oft-marginalized population in the country.

These sorts of activities and engagements will be important to observe following Naruhito’s accession to the throne, and if his attitude and activities in his first 58 years of life are any indication, the world is likely to see an even more open-minded and inviting emperor in the new era.

Ultimately, the abdication ushers in a new and unique set of political dynamics in the imperial household. Although questions invariably remain, there is no doubt that the changeover in Japan’s Chrysanthemum Throne in fewer than three months has the potential to impact near-term policy agenda items (namely constitutional amendment), Japan’s political landscape, and the institution of the imperial household itself.