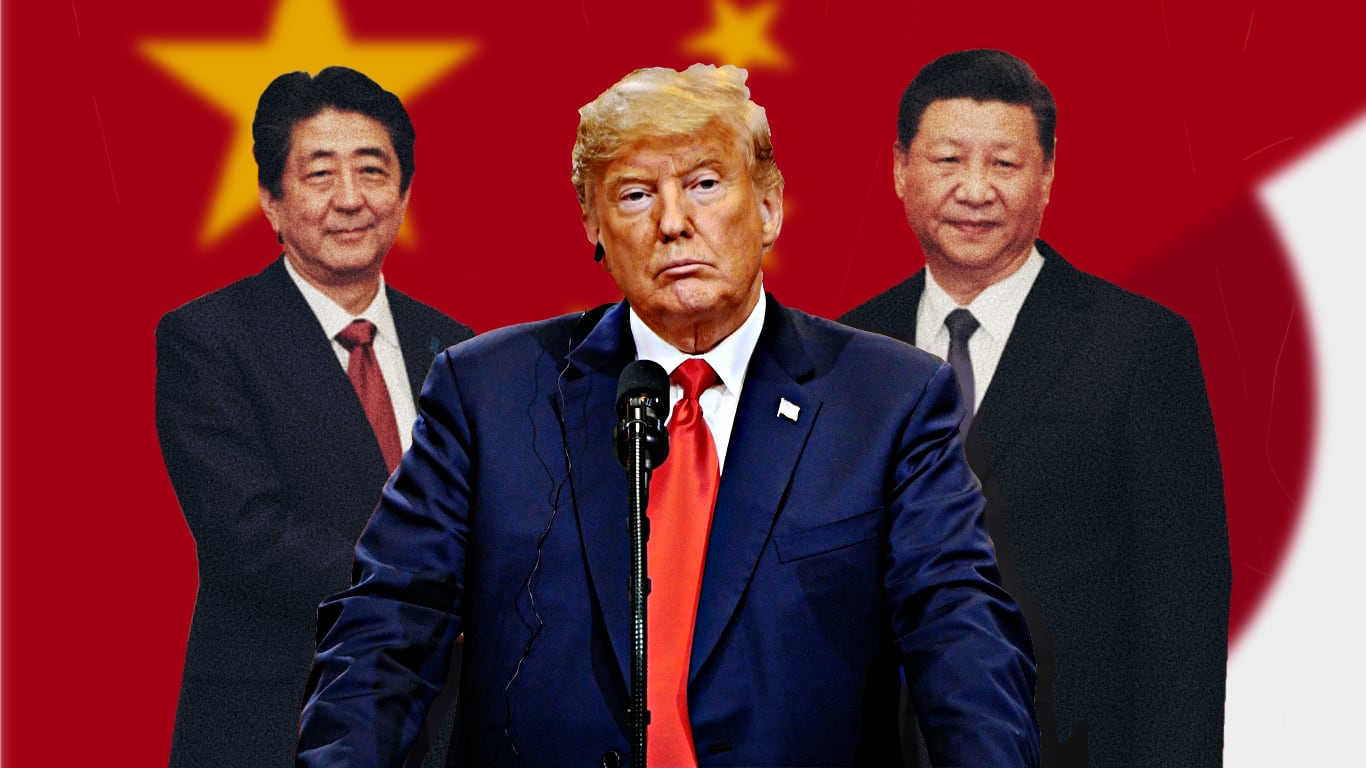 As rivalry between Beijing and Washington escalates, relations between China and Japan are often limited by Japan’s prioritization of the U.S. alliance.

Welcome to the April 2019 installment of “Sino-Japanese Review”, a monthly column that provides a running commentary on the evolution of the important relationship between China and Japan, and helps to put current events in perspective. Previous installments may be found here.

Relations with both the United States and China are at the core of Japanese foreign policy – but balancing between these two rival powers can create major diplomatic challenges. In mid-March, for example, Tokyo delayed its plans to invite Chinese President Xi Jinping on a state visit, a move made in order to appease the White House. The decision once again demonstrated the extent to which Japan’s ties with Washington take priority over Beijing. This is a reminder that Japan’s close alignment with the U.S. is a major structural constraint on the development of a true Sino-Japanese diplomatic entente.

Japanese Prime Minister Shinzo Abe originally invited Xi to come to Japan during his own trip to Beijing in October 2018. An official state visit coinciding with the G20 summit – due to take place in Osaka on June 28th and 29th 2019 – was considered the most likely scenario. This was, however, before Tokyo decided to invite U.S. President Donald Trump to come as a state guest one month earlier, from May 26th to May 28th. The American President is expected to meet Abe and would become the first foreign leader to meet the new emperor, Naruhito, who will ascend to the throne on May 1st. This comes at a time when a trade war, controversies surrounding telecom equipment maker Huawei, and criticism of Beijing’s violations of human rights in Xinjiang have brought Sino-U.S. relations to a low point. In this context, Japan decided to push back President Xi’s state visit to an undetermined later date so as not to offend U.S. sensitivities.

A Japanese official was straightforward in explaining the decision to forego giving the Chinese President full official honors in June, stating that “if [Japan] treated Xi and Trump the same, the U.S. would not have been happy”. The U.S.-Japan alliance is central to Japan’s grand strategy. It is therefore not surprising that Tokyo prioritizes its relationship with Washington over any other partner. This is especially true in the Trump era, when managing relations with Washington has become increasingly challenging as Japan faces threats of tariffs on its car exports to the U.S. and demands for a greater contribution to the expense of maintaining American military bases in the archipelago.

Japan’s deferential attitude toward the U.S. will not have been well received in Beijing, which is highly sensitive to its international status and especially eager to be treated as an equal to the global superpower. China’s demand for equality is at the heart of the “new type of great power relationship” featuring “mutual respect” that it has sought to establish with Washington. It is also reflected in the now well-established custom by which China releases an annual report on the human rights situation in the U.S. to coincide with Washington’s own report on human rights in China, or in its insistence on “fair, equal, and reciprocal” enforcement mechanisms for the trade deal currently under negotiation between the two sides.

Relations with Japan are also delicate from that point of view. Many in Beijing believe that Tokyo is reluctant to accept China’s rise and its efforts to reclaim its historic position as the biggest military and economic power in Asia. Japan’s unease at being surpassed is identified in Beijing as the main cause of the tensions between the two sides over territorial and historic issues. China also urges Tokyo to accept a smaller role on the international stage, and consequently to adopt a more neutral attitude in the growing rivalry between China and the U.S.

Tokyo’s decision-making regarding the state visits of Trump and Xi symbolizes how far it is from behaving according to Chinese expectations. The episode highlights Japan’s priorities and is yet another reminder that its determination to remain under the U.S.’ protective umbrella is as strong as ever, no matter what Beijing thinks of it. Despite the recent Sino-Japanese rapprochement, China’s challenge to Japan’s control of the Senkaku/Diaoyu islands and its growing military activities in the waters surrounding the archipelago and in the skies above play a crucial role in ensuring the perennity of Japan’s commitment to its alliance.

Yet the state visits issue also illustrates the constraints that Tokyo’s alignment with Washington imposes on deeper cooperation with Beijing. Treating China as the lesser of the two partners, and doing so publicly, inevitably puts a damper on Sino-Japanese ties. More fundamentally, in a context of deepening strategic competition between China and the U.S., Tokyo finds itself firmly on the latter’s side. Japan has certainly adopted a less confrontational attitude toward its big neighbor than the one that currently prevails in Washington, emphasizing the need for deepening economic ties and even affirming its willingness to cooperate with China’s Belt and Road Initiative. Tokyo would probably firmly resist being enlisted in a strategy of outright containment of China. Nonetheless, if – as some fear – the world is tumbling toward a new era of superpower rivalry between East and West, Japan has already made its choice.