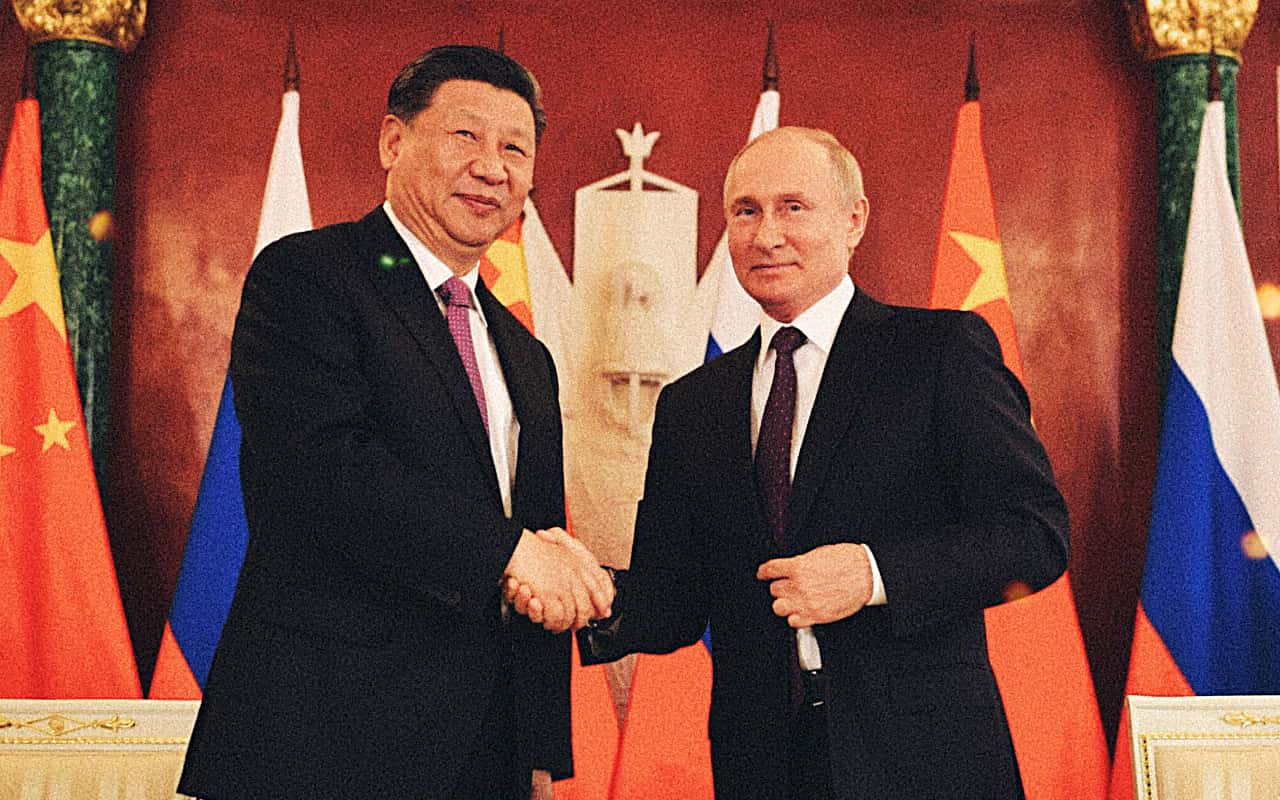 Japan continues to court Russia in hope of building a strategic relationship – but the evidence points instead to stronger ties between Moscow and Beijing.

Welcome to the August 2019 installment of “Sino-Japanese Review”, a monthly column that provides a running commentary on the evolution of the important relationship between China and Japan, and helps to put current events in perspective. Previous installments may be found here.​

South Korea’s response to a ​Russian incursion in the territorial airspace of the Dokdo/Takeshima islands on July 23rd was quite dramatic, involving the firing of 20 flares and almost 400 warning shots. Japan, which also claims the island, was more measured in its reaction. It lodged a diplomatic protest against Moscow, and quickly ​released information about the Russian military aircraft’s flight path. Yet Tokyo seemed more eager to take shots at Seoul’s handling of the incident, forcefully restating its claim to Dokdo/Takeshima and condemning dangerous maneuvers by Korean pilots in the disputed airspace. This is unsurprising considering the ​worsening dispute between Japan and South Korea, but Tokyo’s relatively muted response to the Russian incursion also reflects its continuing desire to foster good relations with Moscow despite clear evidence of the limits of this approach.

There are several reasons behind Japan’s persistence in treating Russia as a potential partner, chief among them the somewhat vain hope of gaining the restitution of some of the Kurils/Northern Territories, a group of disputed islands near Hokkaido. Tokyo’s eagerness to maintain cordial ties with Moscow – including in the security field – is also designed, however, to prevent Russia from aligning completely with Beijing. This approach has ​not been very successful, with last month’s incident over Dokdo/Takeshima being merely the latest indicator of its failure. The intruding aircraft was actually part of the first ever Sino-Russian joint air patrol, conducted over the Sea of Japan and the East China Sea. As well as the Dokdo/Takeshima incident, the patrol also entered the Japanese Air Defense Identification Zone, prompting the Self-Defense Force to scramble jets to confront it.

Tokyo’s eagerness to engage with Moscow is, in part, designed to prevent Russia from aligning completely with Beijing

Such scrambles have become increasingly frequent against both Russia and China in recent years. There were ​999 such dispatches in fiscal 2018, a third of them against Russia – mostly in the skies around the northern half of the Japanese archipelago – and two thirds against China – mostly in the south around Okinawa, where the disputed Senkaku/Diaoyu islands were an obvious flashpoint. In fact, the contiguous waters of these islands were also in June 2016 the target of a maritime intrusion by a Russian warship, which looked suspiciously like a​ ​coordinated action​ with a similarly intruding Chinese military vessel.

There are thus signs that China and Russia, in their growing strategic alignment, may come to pose a joint security threat to Japan. Yet Japan remains squarely focused on the China side of this equation, continuing to see Russia as a potential balancing partner against its much larger neighbor. Indeed, it shows no sign of reconsidering its attempts to foster a strategic and defense dialogue with Moscow and is not rethinking the orientation of its armed forces toward the defense of its southwestern flank, against China’s advance in the East China Sea. China, in the meantime, is increasingly confident in its growing military might and regional influence, and is thus less likely to see Japan as a competitor or as a threat except through the prism of the United States-Japan alliance. In the narrow context of the bilateral Sino-Japanese relationship, Russia’s backing for the Chinese side is not absolute – Moscow remains officially neutral regarding the Senkaku/Diaoyu islands dispute, for instance. It is doubtful that China would feel the need to invoke Russia’s support on this issue anyway, except perhaps were another round of verbal jousting over history issues to occur, in which case it might seek rhetorical endorsement.

China and Russia’s joint patrol was meant to signal that the end of U.S. dominance in the Western Pacific is nigh

It is squarely within the context of broader regional geopolitics that Beijing sees partnership with Russia as a useful counter to the U.S.-Japan alliance. As many commentators have ​noted, the joint patrol of late July was likely meant to signal that the end of the U.S. military dominance in the Western Pacific was nigh, and that China and Russia were ready to take the helm in enforcing regional stability – on their own terms, of course.

This prospect does not yet seem to concern Tokyo much, for two reasons. The first is the solidity of the U.S.-Japan alliance, which has survived the turmoil of the Trump era better than any of Washington’s other major bilateral relations thanks to Prime Minister Abe Shinzo’s obsequious courting of the American president. Japan would probably show more concern about the ​slowly unraveling East Asian security order – and may have even shown more restraint in its dispute with South Korea – were it not for a certain confidence in the continuing support of its ally. Secondly, Tokyo still expects that Russia will eventually tire of its ​increasingly junior status in the Sino-Russian partnership and will decide to hedge more strongly against over-dependence on Beijing. Considering the trend of the last few years, this currently seems like a rather pointless ​wait for Godot​, but hope springs eternal. Unless and until Japan changes its thinking on the matter, it seems unlikely to recalibrate its policy toward either China or Russia.