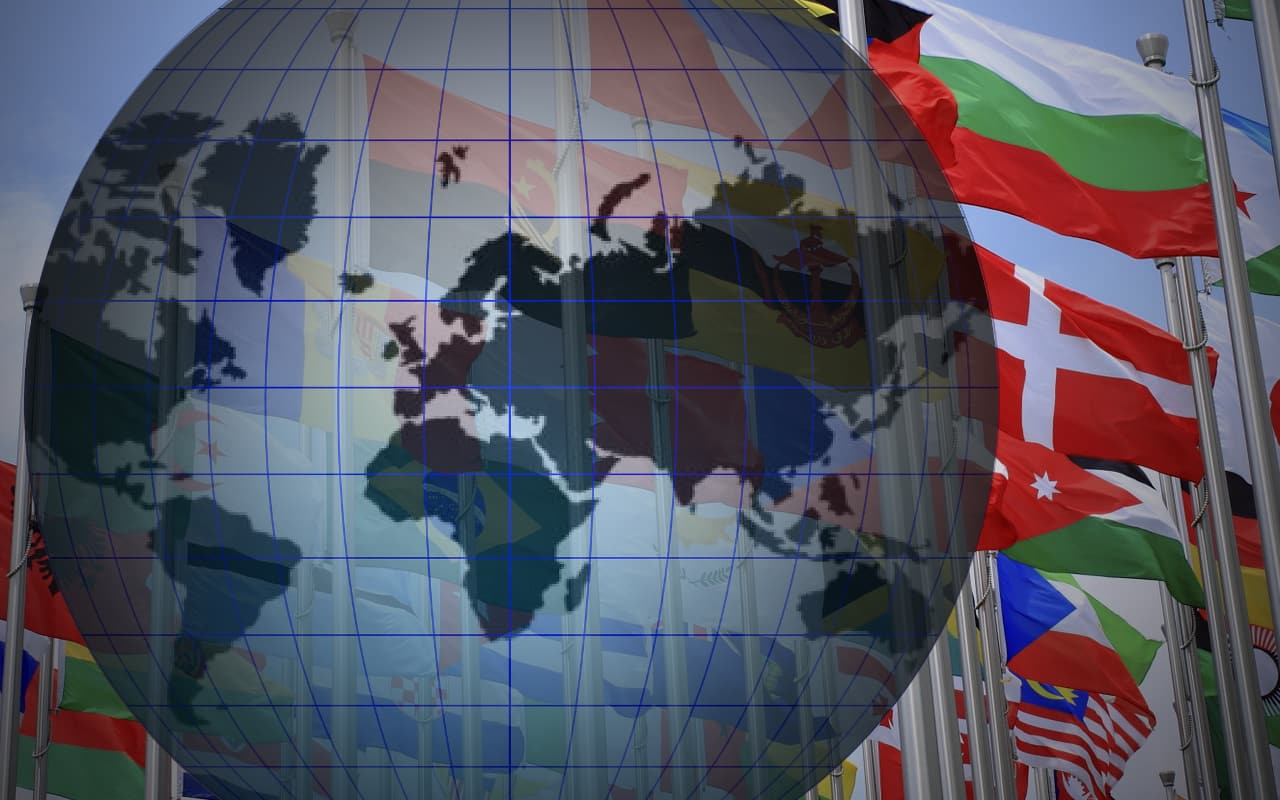 The Tokyo Global Dialogue raised tough questions about the future of the liberal order and how it should respond to both populism and the rise of China.

The “liberal order” is something that’s mentioned increasingly often in discussions about international relations and trade – but the concept itself is a slippery thing. It is basically understood as the system of guiding principles that governed conduct among western liberal democracies after World War II – principles including open markets, freedom of movement, rules-based-governance, and liberal democracy, buttressed by multilateral international organization like the World Bank, World Trade Organization, and all underwritten by U.S. initiative. To its supporters, its demise is generally regarded as an impending disaster for global stability, and most expect that if it disappears it will be replaced by neo-authoritarian governments practicing might-makes-right power politics. Its critics, meanwhile, describe it as neither liberal nor international or even as a myth. The definitions vary, its utility is questioned, and its value debated; but it’s at least important enough for the Japan Institute of International Affairs to make it the subject of their first Tokyo Global Dialogue, which was held on December 2-3, 2019.

Japan is a more fitting place than most to have a conversation about the fate of the liberal order. After Donald Trump withdrew the United States from the Trans-Pacific Partnership, Prime Minister Abe Shinzo secured an agreement among the 11 remaining members, secured an economic partnership agreement with the European Union, and continues to participate in other initiatives promoting economic connectivity. Politically, Japan has not experienced the populist waves that have vexed western democracies, social unrest is almost unheard of, and the fact that it is a nonwestern liberal democracy helps to head off arguments that the liberal international order is a surrogate for Western primacy. The speakers at the Tokyo Global Dialogue were prominent – Abe and Foreign Minister Motegi Toshimitsu both delivered remarks – and topics discussed included everything from challenges to democratic systems to digitizing societies to regional sessions.

None of this can work without healthy democracies as a foundation

The most essential ingredient of the liberal international order – the state of liberal democracies – was discussed only in passing, however. It’s not an understatement to say that nothing will work without healthy democracies at the foundation. The essential problem is that there is little domestic incentive for political parties to prioritize liberal internationalism as part of their policy programs. While voters in western democracies were divided over economics until the 1980s, left and right parties have mostly converged on most economic questions and instead rely on identity and social issues to distinguish themselves. There remains broad public support for the basic tenants of liberal internationalism, which creates more space for savvy political leaders to pursue these goals, but doing so often requires a willingness to risk conflict with domestically powerful interest groups – something that many leaders will find challenging, especially when there is so little political incentive to do so. As a result, it’s partisan stakeholders who call the shots on these issues, rather than the public itself. The political coalitions that buttressed domestic support for the liberal internationalist order have collapsed in the United States, as evidenced by the evaporation of any potential political space for open trade – with Republicans crowding under Trump’s protectionist tent and Democrats continuing to prioritize the trade-skeptical views of key political stakeholders like unions and environmental groups.

Rather than explicitly promoting a liberal internationalist vision, elected leaders prefer to emphasize the issues that play best to their base (economic populism, foreign policy retrenchment, and perhaps human rights) while, as Michael Green of the Center for Strategic and International Studies pointed out, bureaucracies, certain members of Congress, and certain other stakeholders act as counterweights or at least maintain momentum on issues that interest base voters far less, such as alliances or international regulations. Keio University’s Nakayama Toshihiro illustrated this point well when he said that rather than a single U.S. policy toward China, different U.S. agencies have different China policies – an observation that could be extended to Congress and interest groups across the United States. Creating coherence would require skillful political leadership even in the best of times.

In this context, Japan has certain advantages which may ensure its role as a liberal internationalist leader. Keio University’s Hosoya Koichi made the worthwhile point that the experience of fascism in Germany and Japan have given both a deeper appreciation for the liberal order and the risks that come with its collapse. Japan is also politically stable, not only in terms of its (mostly) one-party rule but also in that the foreign policy preferences of the LDP have been mostly consistent over time. Its foreign policy stakeholders are all relatively in agreement on their international preferences and while there may be debate between ministries or between the prime minister’s office and the bureaucracies, the essential questions of Japanese foreign policy are basically settled. If even an apparently committed nationalist like Abe Shinzo can plant Japan’s flag on the side of liberal internationalism, there should be hope that his successors will stay the course as well. Japan and Germany are unique among G7 democracies in the sense that their leading parties still more or less resemble those that ruled during the ostensible golden age of liberal internationalism.

This is why Bill Emmott of The Economist was exactly right when he said the biggest question facing Europe isn’t Brexit but the fate of Germany’s “grand coalition” of Angela Merkel’s Christian Democrats and their Social Democrat coalition partners. The reason is simple – German leadership, built on the stability of its grand coalition, has been able to serve as Europe’s political driver. Japan has a similar, if not analogous, role in Asia. Along with South Korea, it remains Asia’s most stable liberal democracy. It would be foolish to think that Japan could steer geopolitical debates in Asia in the way that Merkel’s Germany has in Europe, but it remains Asia’s most consequential liberal state.

Stability brings its own risks; on its own, it could become stasis. It would be a mistake for its supporters to conflate the liberal order for nostalgia for the way things were in the past. The political coalitions which underwrite the future liberal order do not need to look like those which supported it previously – it remains entirely possible that, for example, Germany’s Greens or Canada’s New Democrats could help to build and develop something that delivers the same basic goods as the previous liberal order, like open borders and rules-based international governance, but with their own stamp and identity. The rules themselves may look different, but that’s not a problem on its own; evolutions should be welcomed as long as the same essential goals are being reached. On this, Japanese leadership may offer less potential precisely because its domestic politics has remained so stable.

Then there is the question of China, which looms large over any discussion of the future of the international order. China is not and may never be liberal or democratic, but its scale and ambition means that any future international order will require some degree of Chinese buy-in and input. The problem here is massive – economically, China is more compliant with international trade rules than most assume, but the scale of its economy and the market distortions that result, even unintentionally, from central planning send shockwaves worldwide, most recently taking the form of depressed steel prices and the creation of huge geopolitically-oriented development programs as outlets for excess steel capacity. In terms of security, while China may not involve its troops in as many overseas wars as the current hegemon, its often belligerent tone, frequently open disregard for international rules, and willingness to resort to violence even with its own citizens have raised concerning questions, not least of all among its neighbors, that China’s leaders have not yet condescended to answer. Politically, its leadership has shown a disturbing disregard for fundamental liberal values like respect of personhood. A strong China should not be seen as fundamentally incompatible with a liberal order – in fact some kind of accommodation is essential to avoid the worst potential outcomes – but creating the space for that will require Chinese leadership to demonstrate that it can be trusted with hegemony. Moreover, it will require the leadership of other states to think more deeply about China’s rise rather than simply indulging the most hawkish voices, as the Trump administration has done, or defaulting to soundbites as many Democratic presidential candidates have done.

As Michael Green noted, Japan has and will continue to have a unique role as the most important foreign voice in Washington on dealing with China. That will help, but it may not be enough. The conditions that have led to Japan’s stability and commitment to the liberal order will not be easily replicated in other G7 states – the genie is already out of the bottle. The circle that liberal internationalists need to square is to create an order that is both domestically legitimate among its members and that China can buy-in to. Japan’s characteristics and geopolitical position make it well-suited to the task, but it cannot reshape the international order alone – and it needs more help than may be coming.