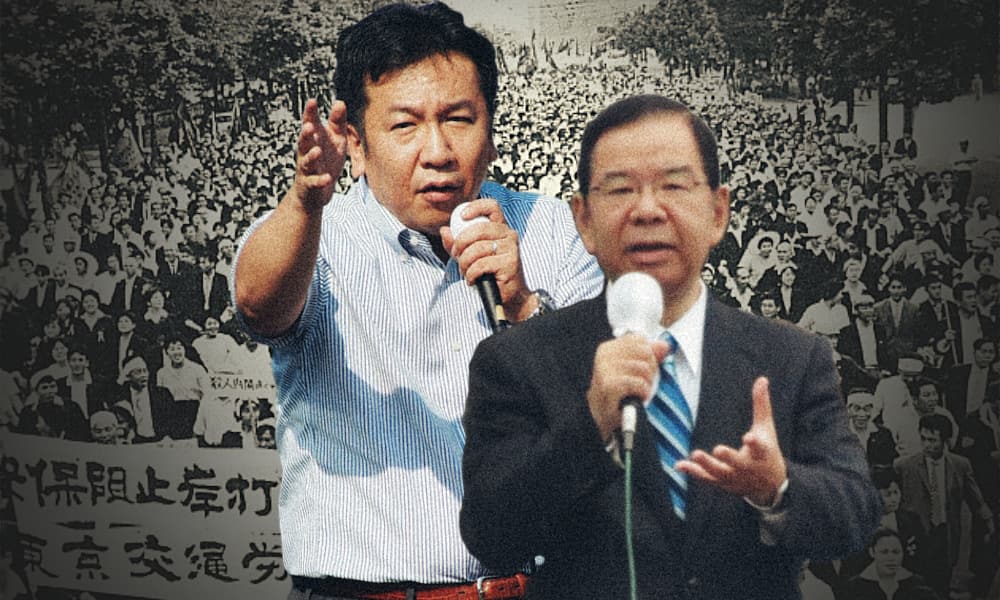 Foreign policy is a low-priority issue for Japanese voters – and much of the foreign policy agenda of the country’s opposition parties remains unclear.

Japanese voters don’t go to the polls with foreign policy in mind. Like voters in most countries, the main thing motivating voters’ choices is competency to deliver on pocketbook issues – so for political parties, foreign policy is usually vestigial, serving as a signal for their support base and drawing much more interest from academics and think tanks than from their actual constituents. As a result, it’s a better move for Japan’s opposition to set aside its own foreign policy agenda in favor of attacking the LDP’s foreign policy; there is more reward and less risk in blaming incompetent leadership, rather than offering firm alternatives which could open up lines of counterattack for the LDP.

For the opposition, then, the existence of a foreign policy platform of any sort isn’t so much about attracting new voters as it is about signaling to their support base that they still believe in and will fight for their common concerns. The opposition’s emphasis on parrying the LDP, however, makes it harder to decipher what foreign policy positions, exactly, they believe in. Obviously, there’s some form of ideational lodestar guiding Japan’s progressives, rather than plain opposition for opposition’s sake; after all, they’re not attacking the LDP from the right, so there is some underlying ideology to their position.

For most outsiders, and for many Americans unfortunately, this gives the impression that the opposition’s worldview is limited to continued skepticism of Japan’s alliance with the United States – or more specifically, opposition to U.S. bases and a deeply constrained role for Japan’s Self Defense Forces.

The opposition’s debate on Japan’s global role is frozen in time, with little to say about major contemporary issues

On one hand, these questions were the critical fissure that divided the LDP from the opposition as far back as the enactment of the alliance treaty in 1959. Bitter reminiscences, muscle memory, and support from their political base have all combined to keep these concerns central to the foreign policy worldview of Japan’s left. Yet this has meant that the opposition’s discussions about Japan’s global role have been frozen in time since that moment. Japan’s progressives have little to say about Japan’s response to China’s rise (notwithstanding the Japanese Communist Party’s rebuke of its Chinese counterpart), American wobbliness in the Asia Pacific, or Japan’s future in the liberal order. To be fair, a key reason for the lack of progress on those questions is that Japan’s progressives simply haven’t been asked them; it’s been far safer and more pragmatic to stake out opposition to the LDP line and attack the ruling party’s competency. This constant and reflexive opposition combined with loyalty to historical battles, however, has frozen out more proactive thinking.

This is unfortunate because there is more to work with than it may appear. If Japan’s progressives have a foreign policy of their own it could best be called “constitutionalism”. At a surface level, this means ensuring adherence to the spirit and letter of the pacifist Article 9 of Japan’s constitution in the face of attempts at revision that may allow Japan a more expansive military role. At a deeper level, this position communicates more of a worldview than it may appear, as rather it being a simple check on revision, it advances the role of Japan as a “peace state” – pacifist but not passive, with a proactive role to play in advancing the cause of global peace. This perspective offers an innovative foundation upon which to construct a coherent, alternative foreign policy vision.

A major problem, however, is that constitutionalism has largely been formulated as a response to perceived attacks upon the constitutional status quo – and as such, being a constitutionalist loses its gravity once the most overt challenger of that status quo, Abe Shinzō, exits the scene. Even if Abe’s eventual successor similarly hopes to revise the constitution, it is unlikely that their will to do so will be remotely as fundamental or as personal as the hope which guided Abe – and it’s also quite possible that his successor, cognizant of how a failure to launch the revision process dogged Abe’s lengthy tenure, may simply let the matter lie entirely. As a result, one likely effect of the departure of revisionism’s key champion will be increasingly strident calls from revisionist backbenchers determined to ensure that their prime goal isn’t forgotten. In other words, constitutional revision will lose its most prominent voice, but the background clamor will get louder and receive disproportionate attention.

With low prospects of being in power any time soon, the opposition will struggle to construct meaningful foreign policy

The second problem is that constitutionalism doesn’t hold answers for every question set before Japan. The constitution itself does not, on its own, suggest much on international economics, climate change, or more abstract questions like the international order. That’s not to say that Japan’s progressives are empty vessels on these issues – a progressive government would likely find more political space to move away from coal energy, for example, and the fact that the DPJ initiated Japan’s entry into the Trans-Pacific Partnership hints at the cohort of liberal internationalists in the opposition ranks. As a practical matter, however, uniting its disparate groups under the constitutionalist tent would take more political capital than the opposition has. While the range of differing perspectives within the LDP may be even greater than those among the opposition, its long tenure in power has built up enough capital to plaster over most of the cracks.

This speaks to the biggest challenge to Japan’s progressives developing a coherent foreign policy vision – namely the structural factors that keep any ambitions they may have in the foreign policy realm firmly on paper. With only slim prospects of returning to power in the near to medium future, there is no practical reason for Japan’s opposition leaders to think much beyond their base on foreign policy questions. Even if there are opportunities to use foreign policy concerns to reach out to new stakeholders and potential supporters, it’s hard to overcome the problem that with low prospects of becoming a ruling force in the near future, the opposition has little reassurance to offer to prospective stakeholders that their interests will be served anytime soon.

More generally, the problem that progressive foreign policies have faced worldwide is that they focus on repudiating the status quo – but once in power, it’s hard to maintain that position, as policy in practice leans more closely to the status quo because of a combination of path dependencies by bureaucracies and constraints from the international system. A lack of alternative vision to the structural status quo combined with the practical issues of governance have stunted most attempts at a progressive foreign policy so far.