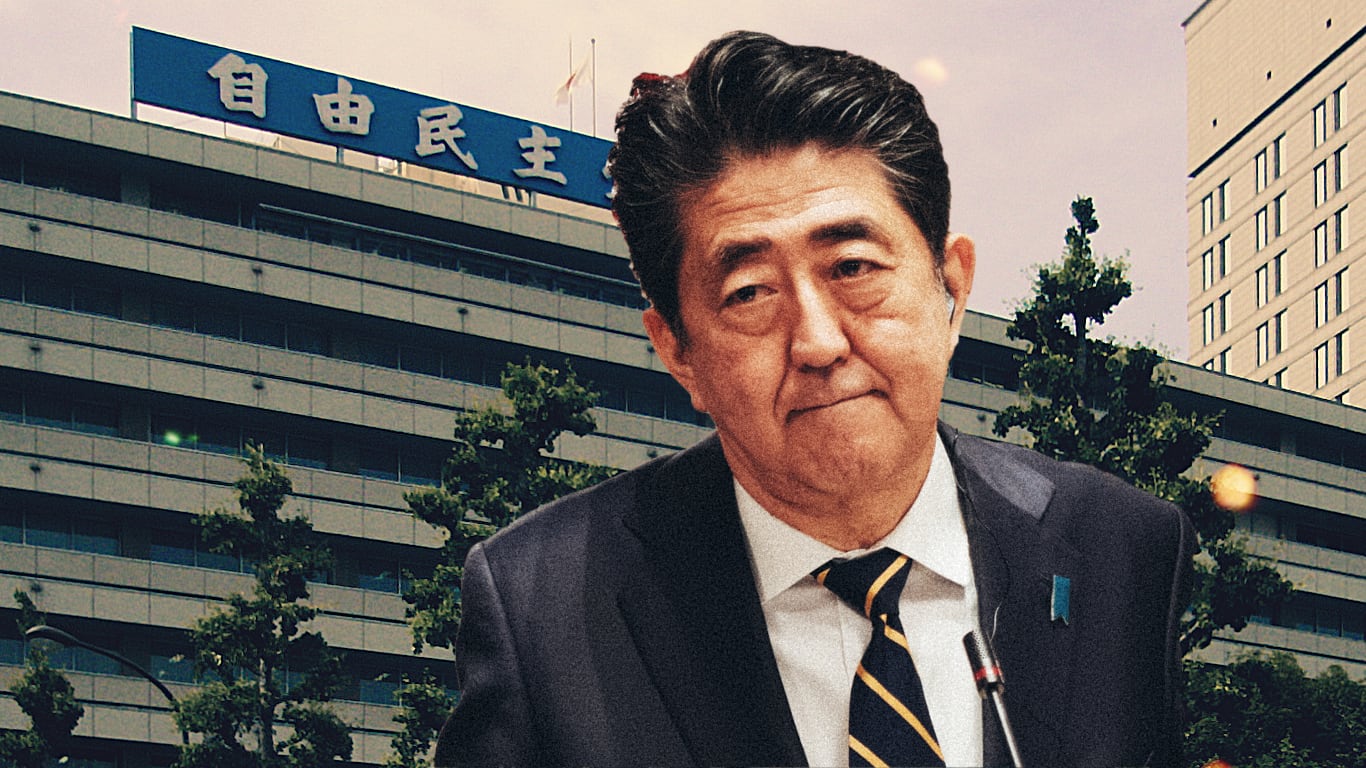 Shinzo Abe is Japan’s most powerful post-war Prime Minister – but the real story isn’t his dominance, it’s how little he’s been able to accomplish with it.

The headlines are dire: Japan is a one-party state supported by a resigned public, complacency is steering young voters to the right, and Abe’s dominance is a cover for Japan’s weak politics. “Myth” might be too strong a word – Abe is almost certainly Japan’s strongest postwar prime minister – but the reality is far more complicated than is suggested by analysis that focuses on electoral outcomes to the exclusion of everything else. It’s true that Abe’s dominance is a cover, but it’s not so much a cover for a broken political system. Rather, it is covering for a complicated mix of factors and movements that will come to bear once Abe exits the stage.

Endless hand-wringing over the supposed dominance of the LDP misses the real takeaway – that after years of supermajority coalition rule, confirmed and reconfirmed by lower house elections, Shinzo Abe is still no closer to his goal of constitutional revision, even after scaling the proposed changes down to a status quo-affirmation of the legality of the Self-Defense Forces. Longevity itself means little. Abe has consolidated decision-making power in the prime minister’s office and away from the ministries, he has toned down his heavy-handed style of politics and shelved the most obvious nationalist rhetoric, and he has contorted himself into awkward pretzels to promote “Womenomics” in hopes of (partly) assuaging the skepticism of Japan’s female voters about constitutional revision – yet even after all that, Abe, the most powerful prime minister in Japan’s postwar history, is still critically constrained from the key ambition that he devoted himself to earlier in his career. The reasons why deserve more attention than the consequentialist analyses of the election itself and its immediate impacts.

Abe has contorted himself into pretzels – yet his key ambition remains out of reach.

It could be either a lack of ambition on the part of Abe, a desire to play it safe after his first messy run in the prime minister’s office, or simply his ambition to run up the clock on his tenure in office. Alternatively, though, it could be down to structural factors that have received less notice. Japanese voters’ preference for stability shouldn’t be understated – as Gregory Noble points out, with little ideologically differentiation among parties and few social or economic cleavages to exploit, performance – the ability to maintain a stable economy, manage foreign affairs, and avoid scandals and political infighting – takes a larger role than in most other democracies. That benefits the LDP and undermines opposition parties, who are either untested, or associated with the calamitous interregnum from 2009-2012. Fair or not, voters prefer what is known over the unknown – as Tobias Harris puts it, Japan may have already had its crack at populism between Junichiro Koizumi, Toru Hashimoto, and kicking the old guard LDP out of office in 2009, and has decided that it wasn’t worth the trouble. That doesn’t indicate positive support for the LDP so much as skepticism of the alternatives.

Abe’s electoral dominance should not be confused with public endorsement. By most indications, Abe has reached his electoral ceiling – Corey Wallace notes that while the public wants to see the LDP-Komeito coalition continue, only 20 percent of voters want that coalition to increase its strength. The 2017 lower house election featured conditions that could not have been more ideal for LDP candidates: the main opposition party imploded, the key opposition figure (before the election anyway) literally left the country (ostensibly for duties related to her position as governor of Tokyo), and a massive turnout-depressing typhoon hit much of Japan on the night of the election – yet the electoral outcome was basically status quo ante.

The resignation of voters is still real. Voter apathy isn’t only a chronic condition, but one that Abe has capitalized on to his benefit. But it may simply be that Japanese voters are apathetic because no one has asked anything of them. Even though Yuriko Koike’s Party of Hope flamed out spectacularly in the 2017 lower house election, her rapid ascent to national prominence (despite, rather than because of, her problematic nationalism) demonstrates that there is a market among Japanese voters for someone who can stand apart from backroom skullduggery of Nagatacho politics. In fact, it’s safe to say that a major reason why the Party of Hope collapsed was its willingness to collaborate with the conservative splinter group that broke off from what was then the main opposition party under circumstances that stank of backstabbing and underhanded dealing, apparently confirming to voters that Koike was no different from the rest.

Voter apathy is a chronic condition – one that Abe has used to his advantage.

As for the opposition parties that remain, to say that the opposition is in disarray and leave the discussion at that is frankly shortsighted. Judging the opposition writ large by using the metric of the Democratic Party’s term in power is a mistake – while the current opposition certainly aren’t a force capable of challenging for power, the Constitutional Democratic Party, as Romeo Marcantuoni discussed, is playing the long game of ensuring ideological coherence and coordinating races with the Communist Party. Of course the CDPJ can’t challenge for a majority right now – but that’s not their ambition at this point. If voters are skeptical of alternatives to the LDP, then the best course of action is to assuage that skepticism through incremental gains to develop credibility with voters and find a message that resonates.

Maybe most of all, Abe’s dominance has papered over the fact that the LDP is perhaps even less prepared for a post-Abe future than the opposition. Abe has been a crystalizing agent for both the LDP and the opposition – the former because his electoral success since 2012 has created a large stable of lawmakers that credits him for bringing the LDP back from the wilderness, and the former because their common purpose has been opposition to Abe but very little else. Once Abe leaves the stage, both assumptions will be exposed. Japanese voters are probably right that elections don’t really change anything on their own – but their preferences and concerns still carry critical gravity for even the most powerful of prime ministers. The story of Abe’s second run isn’t simply his political dominance – it’s that such dominance could ultimately achieve so little.