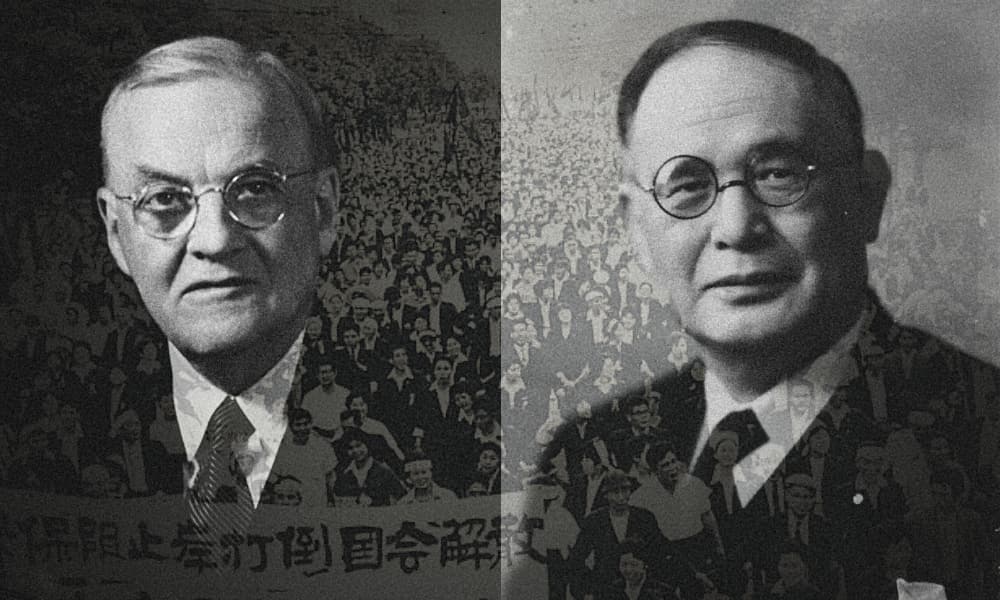 Expanding the remit of Japan’s Self-Defense Forces led to protests in 2015; declassified documents show us the roots of this controversy 60 years earlier.

Prime Minister Abe Shinzo’s second round as prime minister drew large anti-war demonstrations to the streets in 2015 as protests erupted against controversial legislation affirming a constitutional reinterpretation that allowed Japan’s Self-Defense force to partake in foreign conflicts. This outbreak of public opposition may seem odd to outsiders, given that the reinterpretation was fairly narrow, technical, and largely consistent with international law. The move battered Abe’s political capital, however, and was arguably the most controversial change to security legislation since Japan’s deployment to Iraq in 2005.

How did collective self-defense become so controversial in Japan? Some 6000 recently declassified diplomatic documents, released on December 25, 2019, may help explain the beginnings of Japan’s deeply fraught approach to its legal position.

The declassified documents, dating from the 1950s, highlight the problems faced by both Japan’s Foreign Minister Shigemitsu Mamoru (1887-1957) and U.S. secretary of State John Foster Dulles (1888-1959) in getting Japan to participate in collective self-defense. Their discussions at a meeting in Washington DC in August 1955 suggested that even at this early stage, Tokyo was willing to further discuss having Japan’s Self-Defense Forces (SDF) dispatched abroad, but Dulles was left unsure about whether such a decision could actually be implemented given the Japanese public’s perception that the SDF’s sole mission was to defend Japan from external threats. Despite Dulles’ private misgivings, the meeting led to some consideration of potentially allowing the SDF to have an overseas presence, but it was acknowledged that doing so would uncomfortably evoke memories of Japans’s imperial legacy, particularly the wartime atrocities committed by Japanese forces.

As early as August 1955, Japan showed willingness to discuss dispatching the SDF overseas

During the discussions, Dulles asked about the legality of deploying the SDF to defend Guam in a worst case scenario, to which Shigemitsu responded that the deployment of JSDF forces for defense purposes could be justified. He stopped short, however, of going into enough detail to further quell Dulles’s concerns in order to avoid contradicting Japan’s Constitution which, under Article 9, allows a minimum use of force to defend Japan’s territory and population. On the international front the “ …use of force as means of settling international disputes… land, sea and air forces, as well as other war potential, will never be maintained. The right of belligerency of the state will not be recognized.”

In 1955 the New York Times covered the U.S.-Japan joint communique that followed the meeting, reporting that Tokyo would shoulder some of the responsibility for defending itself and would commit itself to “the international peace and security of the Western Pacific [region].” The report triggered public outrage in Japan for neglecting official details on possible SDF contributions to combat operations. Instead, the communique was interpreted as indicating Japan’s willingness to contribute to the security of the Western Pacific simply by shouldering more responsibilities to defend itself, and the embarrassing public relations nightmare effectively shut down any consideration of Japan’s participation in overseas peace operations, with further discussions on the issue kept to a minimum. At the same time, Japan made attempts to redress its wartime wrongdoings and mend ties in the Asia-Pacific region through financial assistance programs under the Official Development Assistance office of the Foreign Ministry.

In contemporary times, the unstable security situation in Asia and the Middle East, as well as the need to keep security policy up to date (such as to reflect “grey zone” operations that stop short of full engagement) has played a partial role in the Abe administration’s push to revise the constitution. In a shift in Japan’s war-renouncing legacy, Prime Minister Abe successfully ushered in two controversial security laws on March 29, 2016 – over 60 years after Shigemitsu and Dulles’ discussion in Washington – allowing Japan to exercise its right to collective defense as well as military-based operations overseas.

While Japan can now participate in UN-mandated operations more easily there remain tight legal limitations. Public sensitivities over even an incremental expansion of defense capabilities demonstrate that the concerns expressed between Shigemitsu and Dulles in 1955 never really disappeared. The multifaceted tension between what is deemed necessary for Japan’s defense, constitutional restrictions, and what the United States expects from Japanese contributions to regional security, along with the political space available to Japanese leaders, remain a perennial concern.