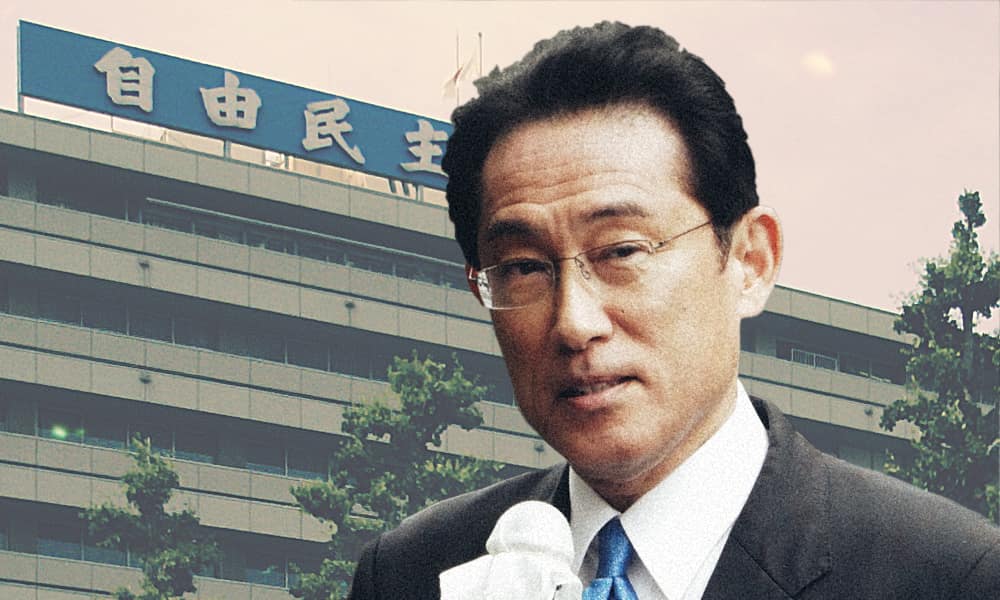 Japan has selected its next Prime Minister, Kishida Fumio – but the veteran politician faces tough tests in his first months on the job.

Kishida Fumio will be Japan’s next Prime Minister, replacing Suga Yoshihide, who resigned earlier this month after only a year in office. Kishida’s success in the Liberal Democratic Party’s leadership election marks vindication for a politician often tipped for the top job but more recently written off by many commentators. He faces stark immediate challenges. With Japan due to hold a general election within a matter of weeks, there are concerns that the contentious leadership race has exposed faultlines in the LDP, and public dissatisfaction with the government’s COVID-19 strategy is still running high.

Kishida defeated rivals Kono Taro, Takaichi Sanae and Noda Seiko in the LDP’s internal leadership election, winning a narrow plurality in the first round vote, and comfortably defeating runner-up Kono Taro in the second round run-off, in which the votes of lawmakers are given a much greater weight than the votes of ordinary party members. Kishida, 64, formerly served as Minister for Foreign Affairs and Minister of Defense, among other senior roles.

Kishida has been seen as a likely future Prime Minister for many years, and at one point appeared to have been anointed as Abe Shinzo’s preferred successor only to be denied the leadership first by Abe’s decision to serve for an unprecedented third term as the LDP’s president, and then by the party’s selection of Suga to lead the country through the pandemic. In this year’s leadership election, Abe threw his backing behind his right-wing ally Takaichi Sanae, who was an ideological fellow-traveler of the former Prime Minister – in contrast with Kishida, who leads a moderate faction within the LDP and is generally seen as a dovish figure on foreign policy. Despite this ideological gulf, however, Kishida formed an alliance with Takaichi ahead of the vote, agreeing to ask their supporters to back whichever of them advanced to the run-off stage.

An “anyone-but-Kono” front seems to have appeared within the LDP, in spite of his claim to electability

This somewhat unusual alliance seems to have been designed explicitly to head off the possibility of Kono winning the leadership, which seemed like a very strong prospect only a few days ago. Kono’s support among both voters in general and LDP rank-and-file members in particular was very strong, with his high public profile giving him by far the most favorable opinion poll ratings of any of the candidates. His progressive stances on social policy – breaking with the party’s conservatives over hot-button issues such as same-sex marriage and permitting married couples to keep separate surnames – along with various personality clashes seem to have hardened an “anyone-but-Kono” front within the party that ultimately overrode his strong argument for being the most electable of the candidates. The wisdom of that decision will be tested in the coming months, as Kishida must lead the party into a general election some time within the next eight weeks.

The fact that Kishida won the first round of voting, albeit by the narrowest of margins – a single vote – grants him much-needed legitimacy; had Kono won the first round (as was widely predicted), the narrative of the LDP lawmakers having overturned the will of the party’s rank-and-file members would have been given an even sharper edge. Even so, the fact that Kono led the vote among party members in 39 prefectures (to Kishida’s tally of 8) but was rejected by the parliamentary party hints at a division which could spell trouble as the LDP races towards a general election in which it’s generally expected to lose seats in the face of both public disdain for its handling of the pandemic and a somewhat more consolidated roster of opposition candidates. The problem for the LDP, as is so often the case, lies not in the question of whether voters will defect to the opposition – it’s rare to hear even critics of the government’s pandemic strategy opine that the opposition would have done a better job under the circumstances – but rather in the party’s capacity to motivate its own supporters. How much will the rejection of local parties’ preferred leadership candidate demotivate those groups when the time comes to organize and campaign for the election?

It’s important not to overstate this factor: the strength of the LDP’s ground game is dramatic compared to just about every other party in Japan (with honourable mentions for Komeito and the JCP), and dissatisfaction over the parliamentary party steamrolling the choices of the rank-and-file is unlikely to change that equation. This is especially true given the hyper-local nature of much of the LDP’s activity. While opposition parties concern themselves with national-level issues, LDP lawmakers and their support networks generally campaign on very local issues, building on a relentless focus on helping out and being visible in their local communities throughout their terms in office. Whatever annoyance is created within local parties by their choices being overruled by lawmakers, that’s an issue that exists far above the actual focus of attention for most LDP local parties and supporters.

Nonetheless, in a close election every supporter or campaigner who feels demotivated is a major loss – and the perception of a party divided against itself is potentially even more damaging. Kishida’s first task, and perhaps the most important one he faces ahead of the upcoming election, will be to make a grand show of unifying the party in the wake of his election – smoothing over divisions and demonstrating to the public that the leadership election was a display of the LDP’s internal diversity and vibrant intra-party democracy, not a sign of fragmentation and in-fighting. Kishida’s first set of cabinet selections will be a crucial signal in this regard (and will also either soothe or further fray the nerves of LDP progressives who wonder what concessions he might have made to the hard-right Takaichi in order to win her support in the second round). Arguably even more important will be the extent to which he manages to build bridges with Kono, integrate him and his supporters into the new administration, and avoid public perception of a party rift.

Kishida’s first months in office may be the toughest. He lacks Kono’s ready-made public profile, and he has only weeks to put his stamp on the party and the office of Prime Minister before facing the public in a general election, and must do so in the face of a nagging sense that he wasn’t the first choice of much of the party’s rank-and-file (let alone of the country more generally, although they of course don’t get to vote for the position of Prime Minister directly in a parliamentary system). To his benefit, he enters this general election with lowered expectations, and as long as the LDP does not significantly underperform those lowered expectations, he will be hoping to have a year of more positive news as Japan emerges from the pandemic before the country goes to the polls again in next year’s House of Councilors election – which is likely to be seen as his first real electoral test.

The precise nature of the stamp which Kishida places on the party in these early weeks will also be watched carefully to see which version, exactly, of Kishida Fumio has just taken the helm of Japan’s government. On paper, Kishida is a very moderate, progressive leader compared to those who have come before him – not to the same extent as Kono, perhaps, but he has voiced a degree of support (albeit more guardedly) for some of the same progressive social causes, appears to be very concerned about the rise in inequality in Japan in the wake of the embrace of neo-liberal economic policies in recent decades, and is at best lukewarm regarding the revision of pacifist clauses in Japan’s constitution, although his dovish positions on China seem to have hardened in the wake of the crackdown in Hong Kong and sabre rattling over the Taiwan strait. During the leadership campaign, however, Kishida seemed far more willing to court the votes of the party’s conservatives – a move which likely won him the top job he has coveted for so long, but which will raise questions over how he will govern, and who will have his ear.