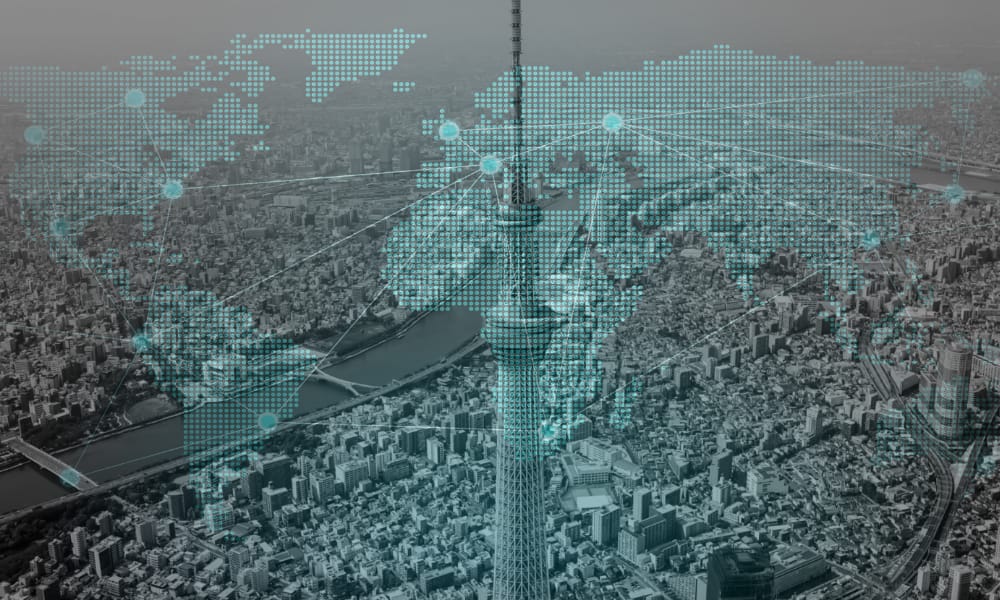 The increasing relevance of the digital world to the future of governance is not going to make Japan’s leadership of the liberal international order any easier. The rise in importance of cyberspace is occurring simultaneously with the fraying of that very order, as well as with the growing salience of economic and reactionary populism, and the increasing influence of authoritarian regimes in the international system. In short, the rules-based nature of liberal governance is at odds with both the nature of cyberspace and the workings and preferences of regimes like China and Russia (and others) that are key actors in the online realm. Worse still, there is no obvious or simple path forward in this field, as potential future governance models are either nonnegotiable and fundamental for key stakeholders, while Japan’s government lacks the diplomatic heft required to reinvigorate and adapt the rules-based system for cyberspace.

The opportunity presented by digital commerce is massive. Though Japanese consumers’ preference for in-store shopping has meant that Japan’s e-commerce penetration of 7 percent lags behind the double-digit penetration of e-commerce in other developed economies, it is still expected to grow steadily if modestly. Worldwide, the role of e-commerce will continue to grow massively – in 2014 the value of cross-border data flows surpassed that of global trade in goods, reaching $2.8 trillion, with small and medium size enterprises especially benefiting from the lower barriers to trade that digital commerce can offer.

Despite the value and potential of digital economies and the risks presented by a balkanized internet, there have so far been no successful efforts to harmonize rules or a create an international governance regime and existing international institutions have struggled to keep pace with developments in both technology and the governance of cyberspace. The state of the World Trade Organization’s plurilateral working group on e-commerce may serve as a cautionary example: while members of the group account for 90 percent of global trade, the group has so far failed to make meaningful progress given the diverse stakes of key state actors like China, the European Union, and the United States. It is not even clear whether WTO rules apply to digital commerce or whether  data localization policies are in violation of WTO rules (all without even getting into the current organizational crises at the WTO related to its dispute settlement functions). Abe Shinzo successfully secured the endorsement of his concept of “data free flow with trust” (DFFT) at the 2019 G20 summit in Osaka along with a promise to advance an e-commerce track at the WTO, but three countries (India, Indonesia, and South Africa) opted out over national sovereignty concerns.

Regional trade agreements among like-minded economies have managed to make more progress, with free trade agreements like the Comprehensive and Progressive Trans-Pacific Partnership (CPTPP) and the Regional Comprehensive Economic Partnership (RCEP) both including chapters on digital trade and e-commerce. Chile, New Zealand, and Singapore have completed work on the Digital Economy Partnership Agreement (DEPA) whose provisions are intended to serve as building blocks to a larger and more comprehensive agreement. The obvious problem is that the coverage of regional agreements is, by definition, limited. As long as major markets are sitting outside such agreements and developing their own norms, the risk of a divided and more expensive internet will remain.

The opportunities presented by digital commerce are real, but so are obstacles to realizing that potential

There are real costs to having a divided system of cybergovernance. The biggest threat is that “balkanization” would lead to the creation of a multiverse of networks, and with that would follow fragmented economic structures and services even though commerce works best when the most governments are more aligned on regulatory policies. In practical terms, this would lead to a growing need for of data localization, which increases transaction costs as companies must build multiple data storage facilities, as well as greater potential for censorship.

For governments, the essential challenge is whether to bring order or manage chaos. The necessarily multilayered nature of cybergovernances means that no single actor or node will be able to entirely exert control in the way that states and international organizations dominated the liberal order, but all can present veto points to different degrees. Governments are only one of several critical actors – and not even at the top of the hierarchy – in cybergovernance, along with the private sector, and civil society. The private sector’s essential role as the innovators possessing technological expertise is unique to cybergovernance. Put simply, the private sector and not national governments are effectively governing the public square. Actors in cybergovernance frequently “ask for forgiveness rather than ask for permission,” which is to say that they often take the initiative to act and set new norms and practices rather than waiting for governments and regulators to set the terms for them, even though these companies do not have formal accountability to the public, may not act in the best interests of the broader public, and may even cause demonstrable harm – as in the case of “fake news” leading political violence in Myanmar, Kenya, the United States, and elsewhere.

Markets alone cannot be counted on to force a solution either. U.S. and Western firms cannot simply compete on scale or by market share as they may have been able to do in the past – China’s government is aggressively encouraging digital innovation and entrepreneurship and the value of China’s e-commerce transactions is estimated to be larger than the value of those of France, Germany, Japan, United Kingdom, and United States combined – so it will be almost impossible to write global rules simply through market dominance. While it may be tempting to look for a “Goldilocks” approach that finds a middle path between the state-management model of cybergovernance and the free market model of restrained regulation, until these motivations are somehow reconciled – or at least are able to reach a kind of amicable détente where they can coexist – then the prospects for a unifying structure of international cybergovernance will remain distant.

Nonetheless, this may still represent the most practical way forward for Japan in the short term.  Given that the economy, and especially SMEs, need a boost following the economic fallout from the pandemic and now from the fallout of Russia’s invasion of Ukraine, promoting governance for digital trade could both boost Japan’s economy and further its role as a regional economic rulemaker.