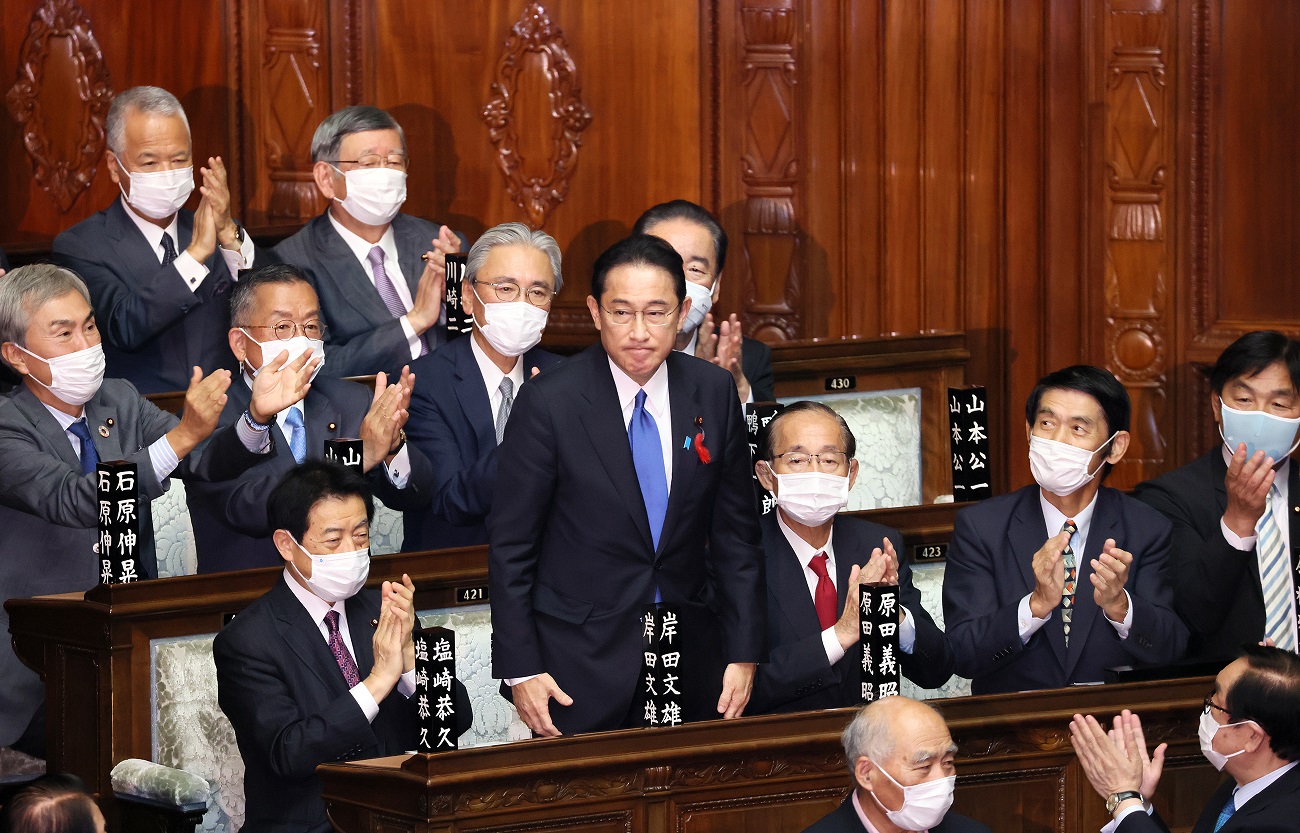 Last year was rough for Prime Minister Kishida Fumio—four Cabinet members resigned one after another like “dominos” and his approval ratings dropped to the lowest since taking office in October 2021. It was also a tough year for the largest faction in the LDP, having tragically lost its president, former Prime Minister Abe Shinzo, to an assassin in late July. The Abe faction and the broader conservative-nationalist wing of the party lost its icon, a leader who expressed a vision and asserted his influence over the government. The faction also faced severe backlash from the public after reports revealed that its lawmakers had the closest ties to the now infamous Unification Church. With Abe gone and the faction without a leader, the LDP’s conservative-nationalists face a decisive – and tumultuous – two years leading up to the 2024 presidential election. The choices they make during these transition years will write their fate and change the power dynamics within the country’s ruling party.

The loss of “kingmaker” Abe has had far-reaching effects on the government and the party. Kishida, for his part, has been forced to change the way in which he consolidates party opinions on policy. In the past, the prime minister turned to Abe as the voice of the conservative-nationalist wing of the party. Abe, in turn, would placate that wing of the party and ensure the prime minister would not face open dissent. This style of governing worked, evident from the fact that there was no open opposition to the government’s decision to increase defense spending to greater than 2 percent of GDP.

However, Abe’s death has turned this arrangement upside down. Kishida now seems to be slowly testing the waters, at times defying the views of the “Abe wing”. Just last December, the prime minister rejected the option of funding the increased defense budget through the issuance of government bonds—a policy advocated by Abe before his death— opting instead for a gradual tax hike.

Perhaps sensing a loosening grip on power, the “Abe wing” has fought back by openly challenging the tax hike. Ministers Takaichi Sanae and Nishimura Yasutoshi both questioned the policy, with the former going as far as to say she would understand “if the prime minister wanted to remove me.” Policy chief Hagiuda Koichi, one of Abe’s closest aides, also established a Special Mission Committee within the Policy Research Council to explore alternative funding sources to a tax hike.

“A Faction Breaking Off at the Seams”

The “Abe wing” of conservative-nationalists are no monolith, but all united under Abe to gain power within the party and to direct policy in a generally desirable direction. It is a testament to Abe’s leadership that he was able to guide ninety-plus lawmakers, each of whom had varying degrees of loyalty or policy alignment to him.

Within that faction, there are now two “seams” that run the risk of breaking off and splintering it. One seam is between “Abe-leaning” and “Fukuda-leaning” members. The former trace back to former Prime Minister Kishi Nobusuke, while the latter to former prime minister and faction founder Fukuda Takeo who served as prime minister from 1976-1978. The differences between the two groups surfaced during the 2012 LDP presidential election, when then-faction President Machimura Nobutaka and Abe both ran for president. In theory, factions back one candidate to maximize their chances of winning the presidency. Abe, backed by his supporters within the faction, garnered support from other faction leaders and eventually won the race. Machimura’s late decision to back his fellow faction member—despite personal grievances—also contributed to Abe defeating Ishiba Shigeru in the runoff. Nonetheless, it was a moment “Abe-leaning” and “Fukuda-leaning” forces almost splintered the faction.

The second seam exists between veteran and junior lawmakers. While veterans tend to stick to their allegiances based on personal relationships or ideology, junior lawmakers have a tendency to prioritize whether leaders can help them win elections. Even the lawmakers who first won a seat in 2012 and owed their reelections to Abe in 2014 and 2017 were reluctant to follow Abe in supporting Takaichi in the 2021 party presidential election, given she was unlikely to generate popular support for them in the November 2021 general election. This changing concept of loyalty and adherence to leaders will continue to be a challenge for any future leader.

A Consequential Presidential Election Ahead

The conservative-nationalists have until September 2024 to decide on a strategy for the next presidential election. With frustration toward Kishida simmering, one can expect a new leader will be elected next year.

There are rumblings already that political maneuvering has begun, with former Prime Minister Suga Yoshihide recently criticizing Kishida for not vacating his position as faction president (Abe and Suga were not faction leaders when prime minister). Reports suggest that Suga could be organizing an eighty-strong “anti-mainstream” coalition with the Nikai and Moriyama factions, as well as the Ishiba Group. Should the Abe faction fail to unite, it runs the risk of losing its current position in the “mainstream” of the party.

The Abe faction and other conservative-nationalists realistically only have three options. The first is backing a candidate from the faction. This will be difficult without a clear frontrunner; former faction president Mori Yoshiro and junior lawmakers rejected a plan to promote Deputy President Shionoya Ryu to president due to a concern for his lack of clout to support faction members during elections. Other choices—from Hagiuda to Nishimura to Chief Cabinet Secretary Matsuno Hirokazu—are part of the “Abe-leaning” or “Fukuda-leaning” groups and unlikely to command support from the entire faction.

Option two is backing Takaichi. Takaichi was Abe’s initial choice for president back in 2021, but bowed out in the first vote and rallied behind Kishida in the runoff. However, she is unlikely to garner support from the faction as she left the faction when Machimura was president. She also is not a popular choice among the general public, which would make it difficult to win over junior lawmakers.

The last option is backing another candidate. This may be the least popular yet most realistic. Faction members supporting Takaichi ultimately backed Kishida in 2021, a moderate liberal in the party, when it came down to him or the more reformist Kono Taro. A similar phenomenon may occur if Kishida, Motegi, Suga, or another moderate runs. Failure to swiftly announce support for the winner runs the risk of the faction losing influence in the next Cabinet/LDP leadership.

When factions become too large, they break off at the seams. The Sato faction experienced this in the 1970s, as did the Takeshita and Miyazawa factions in the 1990s. The Abe faction is facing a possible existential crisis after enjoying its status as the most dominant force in the LDP for nearly two decades. Abe’s untimely death threw a wrench into any plans to nurture a successor. It also destabilized the balance of power maintained by two poles: Kishida and Abe (former Prime Minister Ohira’s ellipse theory). Whether the faction chooses in-fighting and eventual self-destruction or a tactical choice to regroup under a new leader will determine Kishida’s fate and party power dynamics for years to come.

Rintaro Nishimura is a first-year graduate student in the Asian Studies Program at Georgetown University's Walsh School of Foreign Service. He writes on international relations in Northeast Asia, mostly focusing on Japanese foreign and security policy. A native of Tokyo, Japan, his articles have appeared in the Georgetown Journal of Asian Affairs, The National Interest, The Diplomat, and Northeastern University Political Review. His current research interests are focused on Japan’s Indo-Pacific strategy and the geoeconomics of the region. He can be found on Twitter (@RinNishimura) and http://rintaronishimura.com