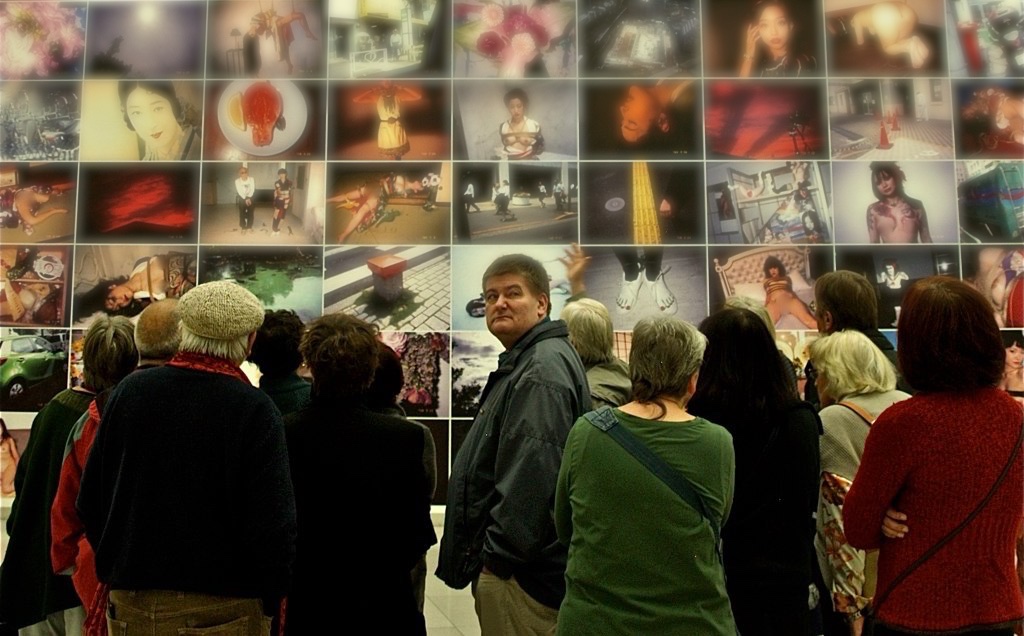 The #MeToo movement has been slow to gain traction in Japan – but now the country’s most internationally well-known photographer, Nobuyoshi Araki, faces accusations of years of mistreatment of KaoRi, a female model who posed extensively for his work.

A female model who posed extensively for Japan’s most internationally well-known photographer, Nobuyoshi Araki, has accused the artist of years of mistreatment. Her allegations come as Araki is being honored with a retrospective at New York City’s Museum of Sex, and call into question objectification of Japanese women around the world.

If you’ve been paying attention to Japanese art for the past few decades, you probably know Araki. He’s known for his photos of women in various states of undress, some bound by ropes. Censorship and controversy have made him a legend globally. When Araki collaborated with Bottega Veneta in 2015, the fashion house’s creative director Tomas Maier said that, “More than simply provocative, Araki’s images have a powerful honesty and human poignancy that make them unforgettable.” Last year U.S. pop star Sky Ferreira posed bound for Araki.

Dancer KaoRi posed for Araki from 2001 to 2016. In a blog published on April 1, she accuses Araki of not paying her for some performances, pushing her to pose nude in front of others, and publishing her photos without her consent. As a result, she says she faced stalking and harassment and feared for her safety. She also says she regrets not asking for protection through a contract.

“Until then, I had signed a letter of consent with the photographers with whom I had worked overseas each time. They showed me the photos they had taken a few days after, gave me a few prints, and also asked me to sign a letter of consent and check the contents when something was to be published,” she writes. “When I posed nude for the first time, I asked the makeup artist about it, but I was told that ‘Araki doesn’t do that,’ and ‘it’s normal for Japan.’ You can think it’s strange that someone that famous doesn’t do contracts, but I was young and naïve.”

If her accusations are true, it is certain that other models have faced similar problems

Araki has not responded on his official website. KaoRi says that she got a response from the photographer in March refuting her allegations and saying that he never wanted to use her as a model again.

What does this mean for Japan? KaoRi’s accusations are the most prominent example of a woman taking on the art world under the #MeToo banner, though some adult film actresses have spoken out about abuse by managers and directors. If her accusations that Araki – an established artist with his own production office – did not compensate KaoRi sufficiently or respect her privacy during nude shoots are true, it would mean for certain that other models in the industry face similar problems.

Prominent model Kiko Mizuhara commented on her Instagram this week in response to KaoRi that when she did a nude shoot employees of the company for whom she was posing who had nothing to do with the shoot came to see her, and she felt she couldn’t refuse.

When contacted about KaoRi’s story, a spokeswoman for the museum said, “The Museum of Sex in New York is a unique venue to be able to educate audiences on this kind of work, with the curators taking great care to incorporate the voices of Araki’s models, collaborators, as well as critics – as you rightly pointed out, with personal testimonies and wall text that directly discuss the Subject-Photographer relationship and the controversies around it (including KaoRi, with whom the curators were in touch directly, respecting her and other models’ wishes on their level of involvement – and the Museum will certainly incorporate her recent account on her experience with the photographer, now that she felt it was time to address it).”