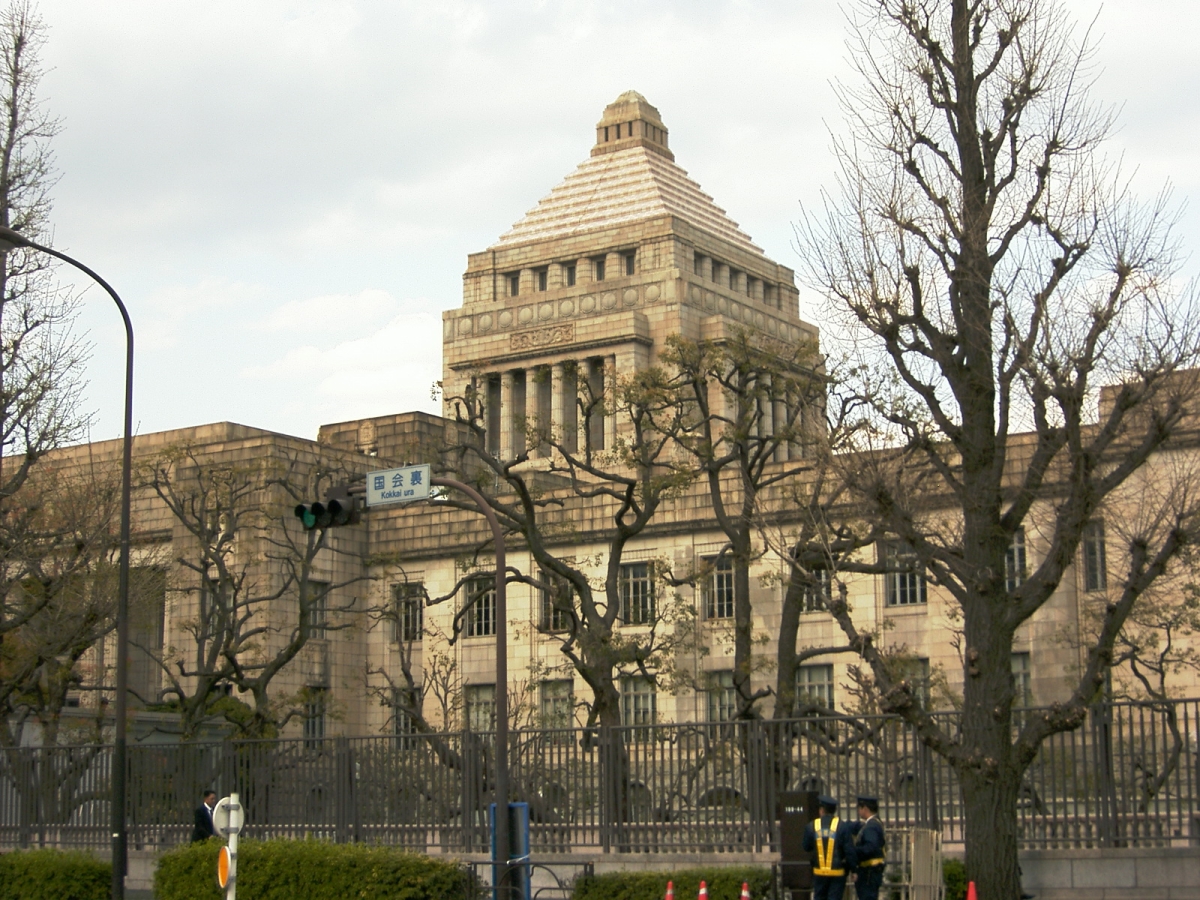 This article is the final part of a three-part series on Tokyo Review. Part I covered the political calendar from September 2018 to October 2021. Part II detailed Abe’s Agenda for a third term as party president. This part answers lingering questions and offers perspective on the things to watch in the coming months that will help define the political landscape.

Is an upset still possible in the LDP Presidential Election?

An upset in September is possible, but improbable. Shigeru Ishiba can only eke out a victory if he is able to wrest votes away from Abe in ballots among local chapters or somehow entice defection from those currently pledged to support Abe. Under the new rules adopted since the last presidential election in 2012, there are equal amounts of votes distributed to local LDP chapters as there are votes from the party’s Diet members (in this case, 405 votes each, 810 total). Based on factional pledges and polling of LDP Diet members, Abe commands about three-quarters of the Diet-level votes, or somewhere between 300-310 votes. This means he only needs 96-106 votes from the local LDP chapters. Ishiba’s strategy is to deny Abe those votes and get just enough from LDP Diet members to achieve a majority. If comparing this election to 2012 when Ishiba bested Abe in regional voting, this strategy seems like it could work.

Still, circumstances were significantly different in the last presidential election. There were five candidates instead of two, Abe was still a wild card given his failed tenure as prime minister in 2006 to 2007, and Abe competed against his own former faction head, Nobutaka Machimura. The decision for the LDP’s local chapters is simpler now, and basically boils down to a choice between status quo and reform. It will be a tough sell for Ishiba to claim that reform is necessary when the LDP commands a thirty-point lead in public approval over the closest opposition party. Although Ishiba has used his time outside the cabinet wisely, traveling all over the country and personally engaging with local chapters, it is unlikely that he will be able to achieve something akin to a regional rejection of national-level LDP politics by next month.

As detailed in part I of this series, renewal of Abe’s position as party leader ensures that his term is extended until the next party presidential election in September 2021. But is that the target for Abe? Probably not. Once Abe passes August 2020, he will have presided over the Tokyo Olympics and earned the title of longest consecutively serving prime minister in Japanese history. For Abe, any remaining time could easily be traded away for achievement of other policy agenda items; such as selecting his own successor or pushing through constitutional amendment.

Getting to 2020 will be the greater challenge. With the vast number of political landmines in 2019 – imperial succession, elections, and the proposed consumption tax hike — Abe will have to be deft in his handling of the political calendar. He will also have to avoid any additional scandals. He survived the Moritomo and Kake school scandals, but if any similar controversies emerge and cause sharp drops in administration and party approval ratings, it will be difficult for Abe to hold off opponents from within the LDP.

Who is best postured as the Post-Abe leader?

There are many who will vie for post-Abe leadership, but few have the support base to actualize those aspirations. For example, Chief Cabinet Secretary Yoshihide Suga has the skills to run a government but lacks the party and public support. LDP Secretary-General Toshihiro Nikai is already 79 years old and lacks the polish necessary to keep the LDP in the public’s good graces. Wataru Takeshita still needs to gain enough control over his faction to begin brokering his own ascension. Instead, the list of LDP members to watch closely is much shorter, and includes the following:

Even if Ishiba loses next month, he will remain ready to pounce on an Abe administration that falters because of scandal or failure to manage the big political events in 2019. Still, the longer Abe manages to stay in power, the less likely it is that Ishiba will be able to earn the spot at the head of government because other candidates will enter the fray.

Koizumi is popular but young, and in three years, he will still be both of those things. The only situation where Koizumi gains early entry to the prime minister’s office is if LDP public approval (party, not administration) plummets to alarmingly low numbers and opposition parties threaten to take control of the Diet. Barring that scenario, Koizumi will have to chart his course carefully since there are plenty of elder statesmen in the LDP who would rather control the government themselves instead of letting a young upstart with a reformist agenda take the helm. Right now, Koizumi is canvassing the political landscape and trying to determine whether his path to party leadership is through status quo LDP groups or reformists. His decision on who to support next month—Ishiba or Abe—will be telling. The best-case scenario for Koizumi is for the next prime minister to be someone who straddles the line between old guard and reformer (such as Taro Kono) to open the door for his own rise to premiership.

A strong Abe victory in September puts Kono in the best position for post-Abe leadership. Since Abe currently has no-one from his own bench able to be a contender for the top spot, it leaves the door open for someone from the LDP’s second largest faction to step up. Taro Kono is that person. As both a hereditary politician and an outspoken “maverick” among party members, Kono has the right mix of old guard LDP and reformist background to be able to balance the two sides of the party. Kono also possesses many of the same qualities that has given Abe stable power in the prime minister’s office — popularity, skill in foreign policy, strong factional support — but he has the added benefit of being well-liked among the Japanese bureaucracy. If Kono can stay in a high-profile cabinet or party posting, he will remain well-postured to succeed Abe in a couple of years.

By choosing to back Abe next month, Kishida dove back into the growing pond of intraparty Abe supporters. Problematically for Kishida, he is becoming a smaller fish in that pond. Taro Aso has grown his faction to the second largest in the LDP with Taro Kono emerging as an attractive post-Abe leader. Wataru Takeshita is exercising more leadership over his faction than his predecessor, Fukushiro Nukaga. Toshihiro Nikai has commandeered the LDP secretary-general position (the de facto number two for the party). At this point, Kishida desperately needs a better posting to put himself back in contention for post-Abe leadership. The Policy Research Council chair neither puts him in the public eye nor gives him power over intraparty machinations. For Kishida to succeed, he will need to take the secretary-general post from Nikai, which would be especially critical with the big elections set to occur in 2019. Other potential targets include the chief cabinet secretary (de facto number two for the government) and Minister of Finance posts, but it is unlikely that Suga or Aso would relinquish those positions. If Kishida fails to move into a more influential and/or high-profile position, he will continue to languish as other contenders move up in line.

Noda has many laudable goals for reforming the LDP, but the party is neither ready for her brand of change or to have her lead it. Her failed attempts to garner the twenty endorsements for LDP presidential candidacy highlight this fact. Nevertheless, those failures will not deter Noda from moving forward anyway, and her unorthodox behavior still manages to draw enough public attention to stay relevant and earn cabinet postings. For her to succeed in the future, she will need to stay in the public eye and make some key alliances, especially with up-and-coming reformists like Shinjiro Koizumi. Will it be enough for her to win the party leadership? Doubtful, but it will allow her to influence public perceptions and future LDP policy designs.

By winning the LDP presidential election, Shinzo Abe will open the door to 2020 and beyond, but his real tests await. The final vote count in the LDP presidential election will determine how many debts he will have to repay and the amount of leeway he will have in managing intraparty dealings. The outcomes of the next cabinet reshuffle will showcase Abe’s favors and concessions, and the moves that take place in the reshuffle will elucidate how many of each Abe had to make. 2019 will be a real test for Abe in his extended tenure as prime minister, especially with imperial succession, the April unified elections, and the House of Councillors election, and the decision over the consumption tax hike. The path to becoming the longest serving postwar prime minister lays before him, but he will have to use all of his political skills to traverse it.