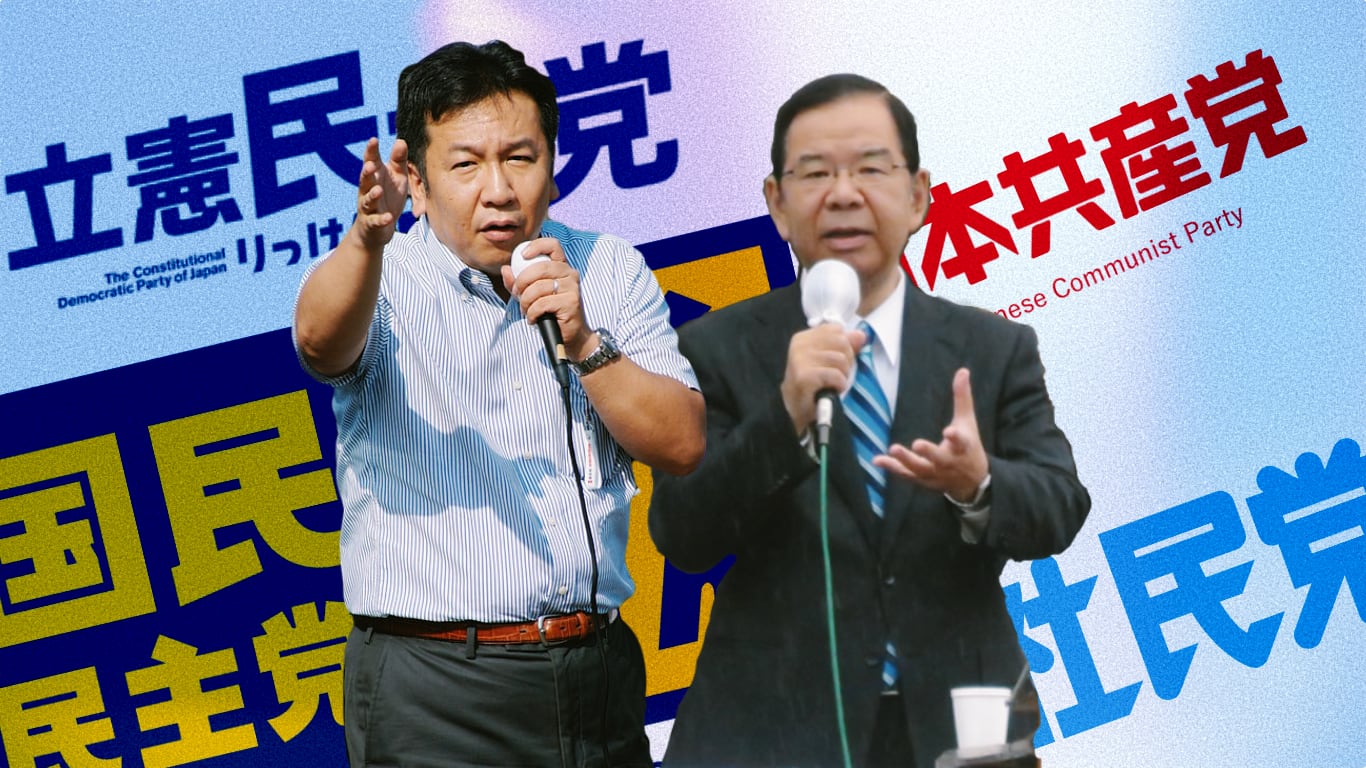 Japan’s upcoming election is unlikely to shake Shinzo Abe’s grip on power – but the united front shown by the opposition parties may lead to future success.

Campaigning for the House of Councillors election to be held on July 21 is now in full swing. For the opposition, this campaign has been an opportunity to showcase its unity – with the core opposition parties, the Constitutional Democratic Party of Japan (CDPJ, or 立憲民主党/Rikken-minshutō), Japanese Communist Party (JCP, or 日本共産党/Nihon Kyōsan-tō), Democratic Party of the People (DPP, or 国民民主党/Kokumin-minshutō), and Social Democratic Party (SDP, or 社会民主党/Shakai Minshu-tō, also 社民党 Shamin-tō), focusing on their willingness to cooperate against the ruling coalition. But for all its bluster, the opposition remains unlikely to radically improve their tactical positioning vis-à-vis Prime Minister Shinzō Abe’s government. Instead, the best the opposition can hope for from the election are incremental gains, more time and opportunities to strengthen cooperation – and a chance to slowly build the foundation of what’s to come when the clock finally runs out on Prime Minister Abe.

The short term goal of the opposition is to successfully concentrate votes in the single-seat district candidates – combining to support a single candidate means the “anti-LDP” vote will not be split – and to make some gains in urban areas and the proportional representation (PR) list. Even a small gain in seats will give them more chances to challenge the ruling coalition in the Diet – the conventional strategy for sinking public support for the government, and one that will likely be invaluable for maintaining pressure in the run up to next year’s Olympic games.

For the opposition to actually raise its own support, though, rather than just counting on a collapse in support for the LDP, it would have to project itself as a more legitimate government-in-waiting. The short history of opposition cooperation shows that this may not be so straightforward. Most Japanese citizens continue to believe elections don’t change much, and it’s hard not to place some of that blame for that on the opposition. They may have worked out an electoral strategy, but voters know that this electoral cooperation doesn’t have the makings of a stable government coalition.

The current outbreak of cooperation among the opposition parties has been founded to a large extent on a shaky narrative of Abe’s appropriation of the state. This is how the opposition has been able to shape itself in the absence of clear left/right ideological distinctions – but while it may have staved off damaging divisions among the parties, it has not helped them pick up more voters. The CDPJ’s decision to turn the question of constitutional revision into the dividing line was a major milestone in actively shaping common ground between different organizations and their diverging interests. Cooperation existed before, but both policy agreement and sharing campaign resources were difficult – constitutionalism has become a counterweight against narrow party interests. Despite that, the four parties have failed to create a more meaningfully shared policy platform.

Meanwhile, the ruling Liberal Democratic Party is beset by its own set of long-term problems. With Prime Minister Abe set to end his last term in 2021, the LDP is stumbling over itself to find a successor. The lack of reasonable prospects has led to speculation about allowing Abe another term as party leader by changing (again) the LDP’s regulations. Though unlikely, it reflects the lack of imagination regarding the LDP’s post-Abe future. The uncertainty over future leadership is damaging to the LDP, but it also poses a major challenge to the opposition’s ability to mobilize and cooperate; Abe and his office’s tight control over policy decisions, along with his alleged implication in a number of scandals, have been of outsized importance to the opposition’s shared identity.

The opposition may yet construct a more united front based on a positive agenda rather than merely coalescing against Abe. Movement organizers and activists have worked to convince the opposition parties to take on key policy proposals, such as the 1,500 yen minimum wage (spearheaded by groups such as AEQUITAS) or hate speech legislation. Echoes of those policies appear throughout the different parties in different shapes – though the gaps between them keep closing, suggesting that the current opposition does have avenues of creating political meaning beyond obsession with its own institutional structure or blunt resistance to the hegemony of the LDP. Similarly, questions about the pension shortfall and the expected effects of the consumption tax rise later this year may help to further crystallize a post-Abe project that engages both the opposition parties and support from civil society.

This possibility is captured well in The Anti-Austerity Manifesto, an edited volume published in June 2019 that includes a contribution by former Greek MP and anti-austerity advocate Yanis Varoufakis. In it, economist Matsuo Tadasu explains that his goal in editing the volume is to help Japanese voters identify policies that best serve their economic interests by framing Japan’s woes through the lens of the anti-austerity movements abroad. Although the book is unlikely to reach a broad audience, it nevertheless reveals that frameworks drawing on the wider experiences of European and North American progressives are increasingly a part of how the opposition sees itself. Given that current campaigns are so focused on household economics, this is a direction that could give a credible opposition and its supporters the tools to build stronger alliances, as well as appeal to the lived experience of voters and place the opposition’s mission in a shared story of a changing world.

The governing coalition of the LDP and Komeito may lose seats in the coming election, but a two-thirds majority (which would be necessary for legislative approval of any constitutional amendment) would likely still be possible with the help of independent lawmakers. Abe’s perennial push for constitutional revision, however, is increasingly at odds with what appears politically possible in the short time that’s left to him. Blaming this failure on opposition inflexibility is one strategic avenue that he may pursue – effectively attempting to leave space for discussion on the constitution open even while divesting himself of personal responsibility for bringing the question to a referendum.

The impending end of Abe’s term in office poses an existential problem for an opposition that has consistently defined itself against the Abe administration. Sooner rather than later, Abe will step down and the unity and shared goals of the anti-Abe coalition will be left dangling. When that happens something will have to take its place if the opposition is to remain relevant: either the fully fleshed-out machinery of a government-in-waiting capable of taking on the LDP directly, or a credible coalition of shared, constructive goals. The opposition may not be able to challenge Abe right now, but they are at least beginning to feel out a pathway towards succeeding in the post-Abe political world.