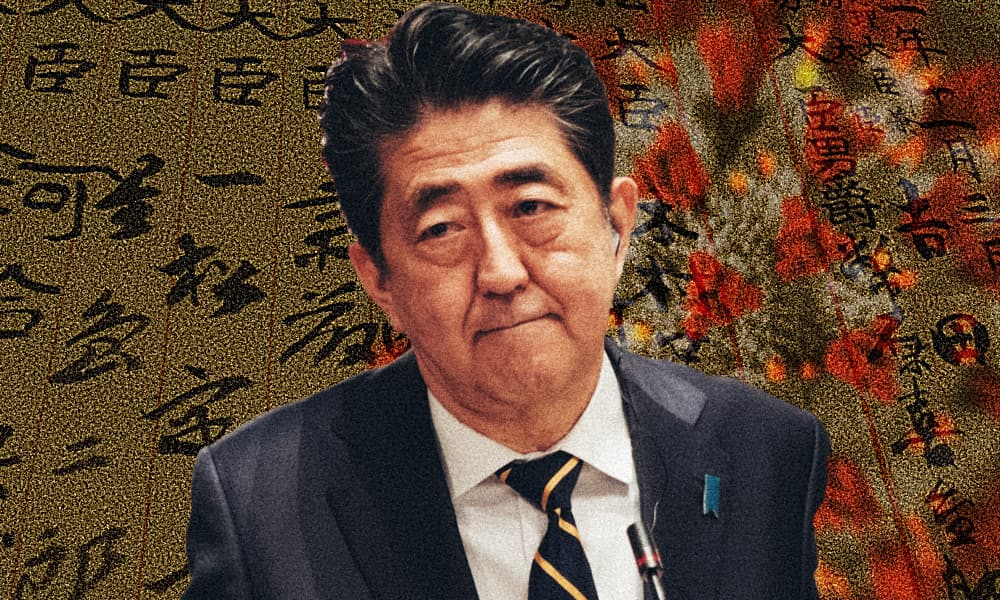 Claims that Japan’s Constitution forbids a strict lockdown are simply untrue – and such falsehoods provide support for the LDP’s revision agenda.

Many in Japan’s foreign-national (especially anglophone) community remain incredulous or outraged that Japan has not followed certain other states into the allegedly obvious response to the COVID-19 pandemic: criminalizing non-essential excursions and commercial activity. The views of Japanese commentators, meanwhile, seem generally to reflect their degree of interaction with overseas media and proximity to the immigrant community. It is unsurprising that many of those most personally affected by the situation overseas crave the certainty represented by a legally-enforced lockdown. It would vindicate months of voluntary self-isolation and their practical, economic, and emotional challenges—not least, the resentful fear that one’s sacrifices might be rendered futile by the ‘irresponsible’ actions of others.

Of course, it is right and just to demand a government response to COVID-19 that is humane and rational, and which values the life, health and wellbeing of human beings as deontological goods—that is, as ends in themselves—rather than merely as resources for serving some other purpose, such as producing profits for the possessing classes, or advancing national power or prestige. But it is vital to stay mindful of the potential (ab)uses to which the COVID-zeitgeist may end up being put. Although the disquiet about Japan’s ‘soft’ approach reflects a progressive enthusiasm for concerted action in defense of the vulnerable, to fixate myopically on compulsory lockdowns risks inadvertent co-option into reactionary agendas. There may be a case for more restrictive measures in Japan, but the argument must be made sensitively to the wider political context.

A ‘lockdown’ without law

On April 7, Prime Minister Abe Shinzo exercised powers granted by a March legislative amendment and declared a state of emergency, inviting local governments to request contagion-avoidance behaviors. Citizens were requested to stay home and many categories of business asked to suspend operation. But while an Act of the national legislature and the imprimatur of the Prime Minister gave these requests considerable moral weight, the Act does not give delegated lawmaking powers either to the national executive or local authorities. The requests are therefore not legally binding and non-compliance carries no penalty, although the possibility has been raised of re-legislating to that effect, to combat recalcitrant businesses who refused to close their doors.

Across the world, compulsory lockdowns have exposed the tendency of police to liberally interpret the scope of legal prohibitions and their own authority. In Japan, even under normal conditions the legal guarantees against police excesses are of little practical effectiveness. Looking abroad should remind us also that the intensity of law enforcement is never uniform. Among those disproportionately policed under foreign lockdown laws are—predictably—ghettoized ethnic minorities, and the poor. Lockdowns with criminal penalties are flat-taxes on freedom; the rules are universal, but the ability to satisfy them while maintaining safe, healthy, and dignified existence is not. Japan’s reliance on voluntary self-restraint at least in theory allows the burdens to be progressively distributed, provided all are willing to reduce interactions to the maximum of their ability, in order to reduce the risks for those who can’t.

This is not easy since, for most, the burdens of isolation are immediate, personal and direct while the tangible benefits of isolation are delayed, distant and diffuse. The April 16 nationwide expansion of the state of emergency was specifically intended to halt the annual Golden Week migration for family gatherings and tourism—a particularly bitter sacrifice for millions of families. The same conditions of Japanese capitalism which make the Golden Week holidays so precious simultaneously weaken the social solidarity on which voluntary personal sacrifice depends. But if a critical mass of Japan’s population can unite in uncompelled self-restraint for the collective good, it will not only protect the health of the population, but also send a powerful message that might, in a small way, help a better world emerge from the pandemic.

Questions of political morality are not, of course, what lie behind the Japanese government’s ‘soft’ response to COVID-19. Explanations are instead to be found in the political economy of Japan, and relate intimately to the battle over its constitutional identity.

The constitution vs. the public good?

Prominent voices have argued—and others have simply assumed—that Japan’s constitution prevents the state responding adequately to COVID-19, including by imposing a compulsory lockdown. In fact, the constitution permits the legislature to impose lockdown laws as potent as those in jurisdictions such as Italy and the United Kingdon, or to delegate to the executive the power to do so. None of the civil rights in chapter III would be violated if such restrictions derived from a valid act of the Diet in pursuit of the public welfare. The obvious contemporary precedent is the compulsory evacuation in the wake of the 2011 nuclear disaster, based on the Disaster Management Act 1961. (It should be remembered moreover that the Japanese judiciary is infamously supportive of any state action challenged over its compliance with the constitution). The constitution, therefore, does not seal away the power to respond aggressively to public crises—it simply puts that power in the hands of the legislature, rather than the executive, and it is unremarkable among democratic constitutions in doing so.

It is revealing – and troubling – that such an easily debunked accusation against the 1947 constitution has so deeply penetrated public discourse. This alone is a victory for the Japanese right-wing in its vendetta against the 1947 text. More than once, Abe’s political camp has openly presented the COVID-19 crisis as a means of raising support for adding broad executive emergency powers into the constitution, a prospect Abe himself has since repeated. Although the much-maligned 2012 draft for a new constitution—Articles 98 and 99 of which would essentially have empowered the Prime Minister to legislate directly in times of loosely defined ‘emergency’—no longer reflects official LDP policy, such powers remain attractive to Japan’s right wing. LDP proposals from March 2018 sought to amend article 73 of the constitution to permit emergency cabinet legislation without prior legislative approval.

It is therefore curious that the government chose not to seek delegated lawmaking powers when amending the relevant legislation in March. Simple expediency probably played some part; although the LDP would have achieved delegated lawmaking powers if it had sought them, to do so may have jeopardized the generally facilitative attitude of opposition parties. Lawrence Repeta, a veteran activist-scholar of Japanese public law, attributes the government’s non-solicitation of delegated legislative powers to public fears of opaque, dictatorial government in light of Japan’s fascist history. It might be interjected that this has hardly stopped Abe’s prior intensifications of executive (and police) power, but such presentational concerns are particularly pertinent here, due to the issue’s specific parallels with the constitutional renewal debate. The government may have passed up the chance for executive lawmaking powers with respect to COVID-19 specifically in the belief that this will improve the prospects for securing general emergency powers in an amended constitution. This way, the government’s self-restraint can later be invoked as evidence of executive good faith, proving that any constitutional emergency powers would be deployed only when absolutely unavoidable.

From the LDP’s point of view this would be a palatable tactical sacrifice, since the government does not actually want the greater reduction in economic activity that a compulsory lockdown would entail. Ultimately, the LDP is a party of capital and its actions are hyper-conditioned by the needs of the social interests with which it is symbiotically enmeshed. Tellingly, the principal targets for contagion countermeasures have been night-clubs, bars and other recreational facilities, with a conspicuous de-centering of risks posed by the activities on which Japan Inc depends—particularly, the daily sardine-packing of millions of highly-stressed, under-rested bodies into dangerously overcrowded commuter trains. The authorities have of course emphasized the virtues of remote work, where feasible, but as they well know, conventional Japanese workplaces generally remain low-tech, paper-based, face-to-face operations, having declined to implement the digital infrastructure necessary for flexible, remote working.

It is not certain that Abe himself would be the beneficiary of any constitutional renewal that might emerge. He entered this crisis with political capital depleted by a series of well-known corruption scandals and a deepening conflict with his erstwhile grand vizier, Chief Cabinet Secretary Suga Yoshihide. His personal brand has been further weakened by a confused and confusing response to the pandemic, which compares unfavorably with that of Tokyo Governor Koike Yuriko, who has donned the role of political conscience, advocating a stronger, precautionary response, economic effects notwithstanding. That is, of course, easy for her to say, since she will ultimately externalize the economic consequences of lockdown onto the plate of the national government. But while she too has attracted criticism, she has generally cultivated her brand more adroitly—even embracing her memeification as the protagonist of a smart phone game—than Abe, who now seems indelibly associated with dithering, u-turns and tragicomic half-measures such as the Abenomasks.

That said, commentators have been prophesying Abe’s immanent downfall for some time and so far, reports of his demise have always proven premature. But even if his hitherto teflonic premiership fails to rally, the forces which sustain him will return with a new face. Expertise in Japanese politics may not be adequate to predict the new conditions emerging out of COVID-19, particularly if a major surge in infections materialists in Japan. As elsewhere, the pandemic has the potential for paradigmatic ruptures in social and political life. It will be a crucial, but difficult, task for liberals and the Left in Japan to make use of this potential, which otherwise is vulnerable to co-option by unsavory agendas.