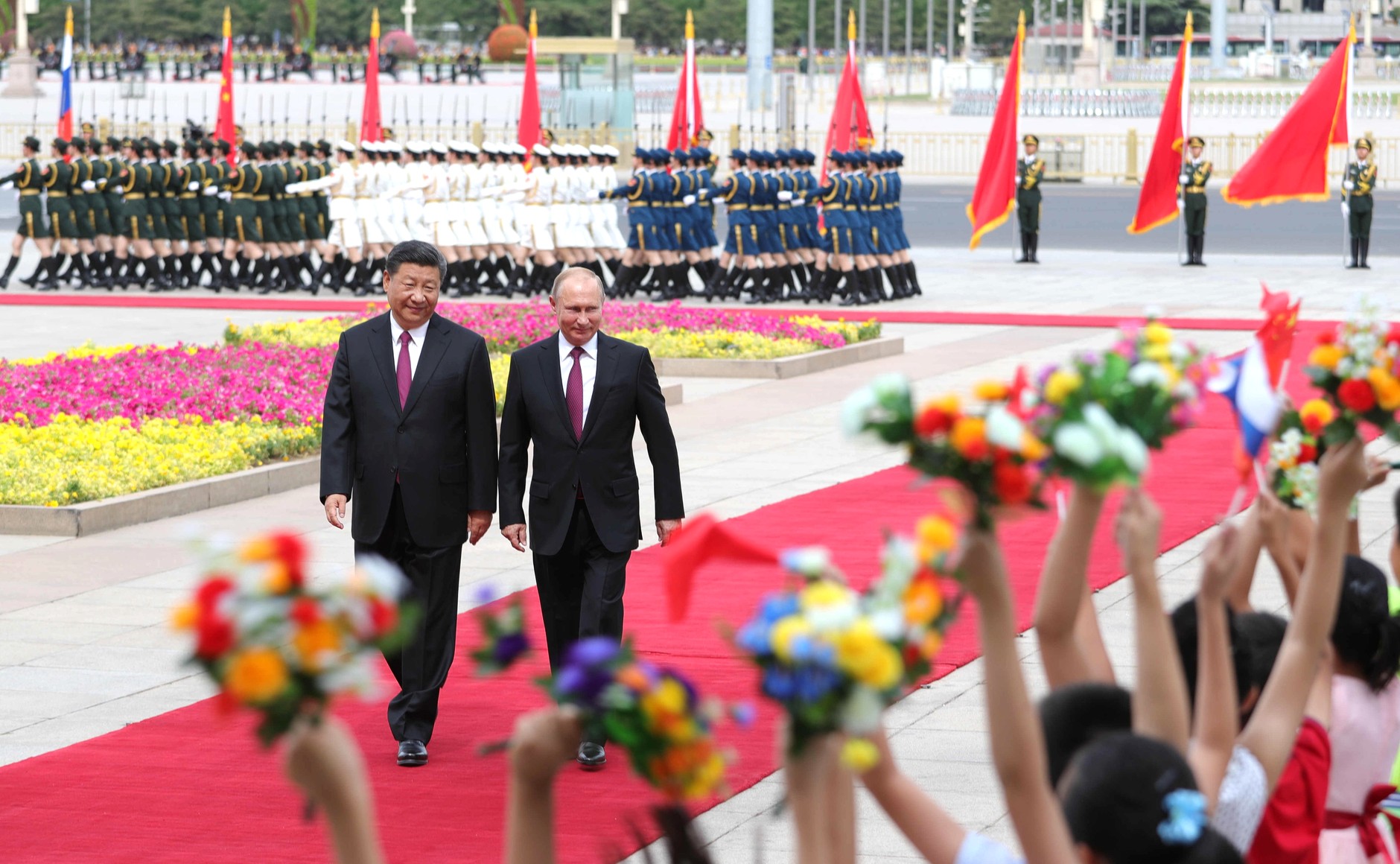 Welcome to installment XXXX (April 2022) of Sino-Japanese Review, a monthly column on major developments in relations between China and Japan that provides a running commentary on the evolution of this important relationship and helps to put current events in perspective.

The Russian invasion of Ukraine has sent shockwaves around the world, including East Asia. Sino-Japanese relations will not remain immune to its effects. Before the COVID-19 pandemic, Tokyo and Beijing had managed to establish a relatively stable diplomatic relationship, but tensions have been accumulating since then as a result of China’s growing activities in the East China Sea, uncertainties regarding the future of Taiwan, and Japan’s alignment with the United States in its strategic competition with China. Russia’s invasion is set to exacerbate those tensions.

The first consequence of the invasion of Ukraine will likely be to solidify a China-Russia partnership that is challenging Japan in disputed waters and sky around the Japanese archipelago. Almost three years ago, we discussed Tokyo’s assiduous attempts to foster good relations with Moscow despite having little to show for its efforts. One of its main aims was to avoid a full alignment between China and Russia against Japan, the risks of which had become clear in the form of joint Sino-Russian air patrols over the Sea of Japan and East China Sea.

Japan’s Russia policy already looked over-optimistic before the war in Ukraine, but its failure is now clear to all, heralding an era of increased tensions between Tokyo and Moscow. China, following the invasion, has doubled down on its “no limits” partnership with Russia. It therefore seems a safe bet that joint operations between the two powers will increase in the waters and skies of northeast Asia, posing an acute challenge for Japan’s security planners.

Secondly, over the past two years, Tokyo has expressed increasingly vocal concerns regarding China’s pressure tactics against Taiwan. The continued autonomy of the island is indeed considered crucial for Japan’s national security. Unsurprisingly, then, the parallels between the invasion of Ukraine and China’s designs for Taiwan have been top of minds in Tokyo. Former prime minister Abe Shinzo has repeatedly called on the United States to extend a formal security guarantee to the island. Others have not been so bold, but fears of a Chinese attempt at “reunification by force” following Russia’s example in Europe are widespread. Such concerns have informed the Japanese government’s response to the Ukraine crisis, from stressing that “tolerating the use of force to change the status quo” in Europe would have an impact on Asia as well to joining Western sanctions on Russia in order to secure reciprocal support in case of a crisis around Taiwan.

Seen from Beijing, this stance means Japan is doubling down on its geopolitical alignment with Washington and essentially endorsing the narrative, promoted by President Joe Biden among others, that the world’s advanced democracies are engaged in an epochal battle with a China-Russia authoritarian axis. This impression will have been reinforced by the Japanese foreign minister’s unusual attendance at a NATO meeting earlier this month. Further confirmation will come from the strong language regarding China and Russia that will likely be included in the new Japanese National Defense Strategy due for publication later this year. Chinese leaders were already convinced that Tokyo was a loyal “vassal” of Washington ready and eager to support its ally in its efforts to thwart China’s rise. Their suspicions of Japan’s intentions will only grow.

All in all, the crisis in Ukraine is exacerbating geopolitical tensions that threaten the stability of Sino-Japanese relations. It has highlighted the solidity of the China-Russia partnership and Japan’s growing alignment with the West and generated even more questions about the future of Taiwan. It seems increasingly unlikely that this year, marking the 50th anniversary of the establishment of diplomatic relations between the two neighbors, will see any positive development in ties, or that the following years will be any more auspicious.