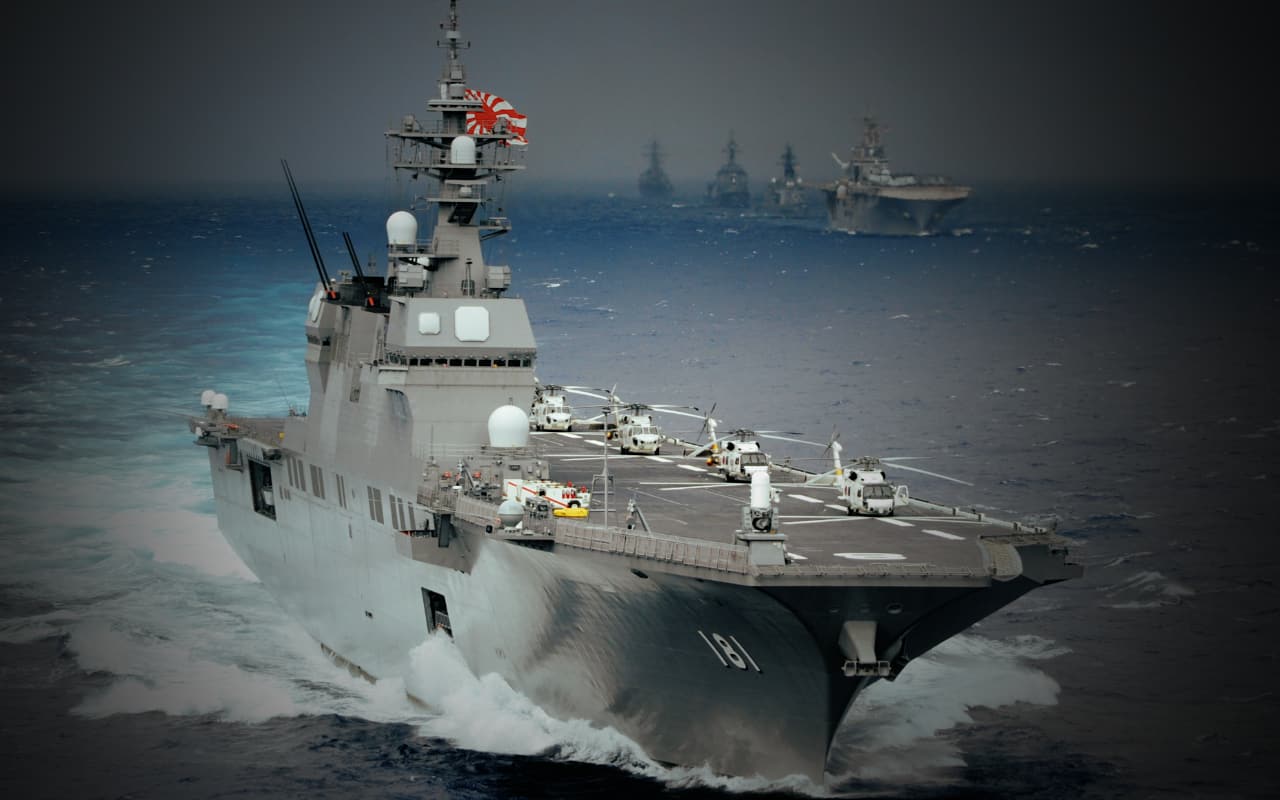 Japan and China continue to improve diplomatic ties – but Chinese activity around disputed islands in the East China Sea is still a potential flashpoint.

Welcome to installment XIII of Sino-Japanese Review, a monthly column on major developments in relations between China and Japan that provides a running commentary on the evolution of this important relationship and helps to put current events in perspective. Previous installments may be found here.

In the first Sino-Japanese Review column, published a year ago, we described the major trend in relations between China and Japan as one of diplomatic rapprochement. We still noted, though, that the East China Sea remained a major potential source of tension between the two countries – more specifically, the waters around the disputed Senkaku/Diaoyu islands. Throughout 2019 the situation didn’t change much: while Tokyo and Beijing made constant efforts to keep up appearances and tone down their confrontational rhetoric, their friendly stance has not been translated into major policy shifts in the waters separating them.

While 2018 ended with a December in which no Chinese vessels were identified within the territorial seas surrounding the disputed islands and a relatively low number of incursions in the contiguous waters (a wider stretch of ocean which extends 12 nautical miles past a nation’s territorial waters), 2019 saw a significant increase in Chinese overall presence in the area. While the number of incursions in territorial seas has remained more or less in line with the average since 2014, Chinese ships are more numerous, and staying for longer, in the contiguous zone than ever before (see graph).

If the diplomatic process is apparently going well, what caused the expansion of Chinese activities in Japanese waters during the past year? The short answer is that the strategy of active stability maintenance through sustained diplomatic interactions adopted by the two countries has not been accompanied by any serious attempt at resolving their fundamental differences around territory and security issues.  The two countries thus continue to butt heads around points of friction in the East China Sea, with the Senkaku/Diaoyu islands being the most acute of these but certainly not the only one. As China’s power continues to grow, the pressure it can bring to bear on Japan in these waters increases accordingly.

Indeed, China’s activities in the East China Sea are a reflection of Beijing’s growing capabilities, self-confidence, and long-term ambitions to assert control over its nearby seas. The People’s Liberation Army Navy (PLAN) became the largest navy in the world in 2019 and its coastguard fleet has expanded at an equally rapid pace. As bigger and more resistant ships have been introduced, their capacity to endure long stays in the stormy waters of the East China Sea has improved. China’s confidence that its military capabilities will keep growing and increasingly overshadow Japan’s also plays a key role in this context. The Chinese naval fleet’s mission can be seen as a stress test not only for its new ships, but also for Tokyo’s patience.

In the long term, Beijing’s goal is to achieve victory through attrition and fatigue. While publicly displaying a focus on diplomatic rapprochement, China is enlarging its maritime activities, confident that time is on its side and that the scope of its naval operations can continue to steadily expand. Instead of adopting an openly confrontational stance that would hinder diplomatic relations and regional stability, Beijing has calculated that it can achieve the same goals by being patient and gradually eroding Japan’s capacity to defend its islands.

Japan similarly has no interest in an open confrontation around the Senkaku/Diaoyu Islands, but this does not mean that it is ready to cede control of territory it firmly considers its own. Indeed, it has responded to China’s expanding presence by dedicating more funding and ships to the coast guard fleet charged with patrolling disputed waters. Tokyo is thus signaling its determination to defend its territory, regardless of the major drain on resources that the supervision of the Senkaku/Diaoyu Islands now represents and of the potential risks of overstretching the Japanese Coast Guard and diverting personnel from other priorities. A new police task force has even been created to deal with the risk that a Chinese activist manages to land on one of the disputed islands.

Even if both sides are determined to keep the situation under control, the rise in Chinese activities around the islands poses two risks. In the short term, the intensification of contacts in disputed waters, combined with the nationalist rhetoric prevailing in Beijing when it comes to tensions with neighbors and the growing exasperation of Tokyo in the face of the unrelenting Chinese pressure in the East China Sea, makes for a dangerous mix that could easily cause an incident at sea to degenerate into a shouting match with worrying potential consequences.

In the longer term, the risk of the Japanese Coast Guard being overwhelmed by a numerically superior opponent must deeply worry policymakers in Tokyo. The Chinese side hopes that such a situation would force Japan to negotiate a form of joint control of the disputed islands, but it is equally possible, if not more likely, that Tokyo would feel forced to involve the Japanese Self-Defense Force more closely in their defense or to try and obtain more open support from its US ally for its efforts to maintain control. Either option would only escalate the dispute and raise tensions to a dangerous level. China may want to push Japan to the brink – but it should be careful what it wishes for.