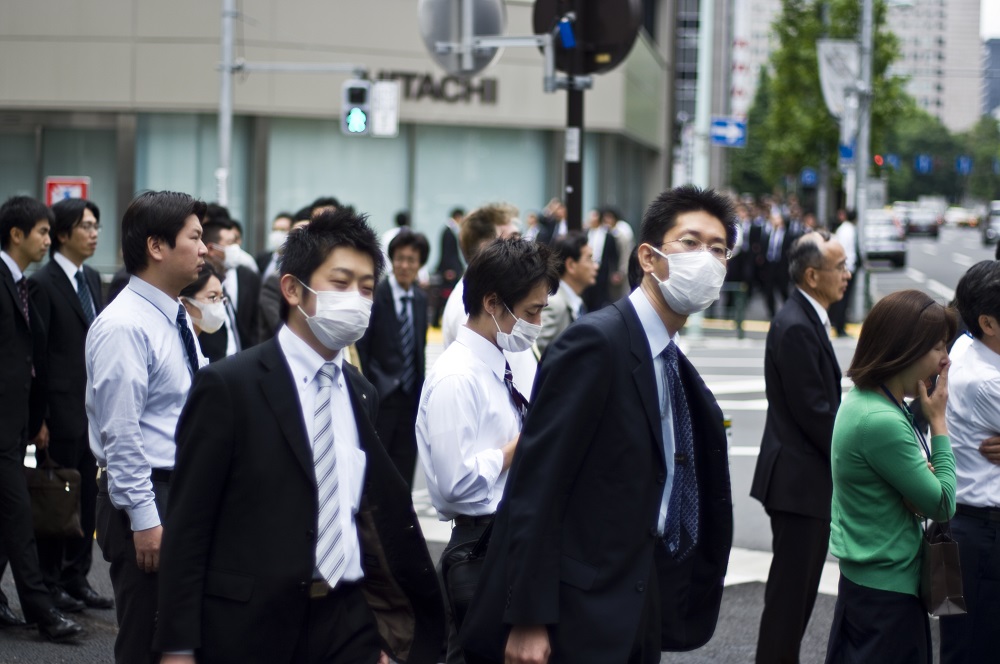 Welcome to installment XIV (March 2020) of Sino-Japanese Review, a monthly column on major developments in relations between China and Japan that provides a running commentary on the evolution of this important relationship and helps to put current events in perspective. Previous installments may be found here.

In the beginning of March, Beijing and Tokyo announced the unavoidable decision to postpone Xi Jinping’s upcoming visit to Japan in light of the global coronavirus pandemic. Despite this setback – which may in fact give the two sides some welcome time to hash out important differences before their leaders meet – the outbreak has in fact improved bilateral ties rather than strained them.

Early on, while China was still the epicenter of the virus and was imposing drastic control measures, Japan’s Prime Minister Abe Shinzo was praised in Beijing for imposing travel restrictions on Hubei province alone. But on home turf he faced criticisms for not taking the disease seriously and for allowing domestic cases to escalate. Meanwhile, packages of masks sent to China by various Japanese municipalities and aid groups also earned widespread credit.

The expressions of gratitude and positive sentiments toward Japan reflect two parallel but interrelated phenomenons. Firstly, at an official level, the Chinese government is now more eager to enlist Japan as an ally – or at least to prevent it from turning truly hostile amidst China’s growing geopolitical contest with the United States. China’s Foreign Ministry spokesperson went out of his way to highlight how thankful China is for its neighbor’s solidarity, singling Tokyo out for particular praises. On the other hand, similar gestures by South Korea were mostly ignored, at least initially, and shade was thrown on the United States for their early ‘hostile’ travel restrictions. Even when Japan announced belated travel restrictions on China as a whole, the same spokesperson expressed understanding and avoided criticism – when compared to the furious response from South Korea when it was subjected to similar restrictions, the difference is striking.

Japan’s early measures in response to the epidemic in China have proved very popular with the broader Chinese public as well. Many social media users offered effusive praise for Japanese gestures of support and relatively relaxed attitude to border controls. Positive sentiments toward a country more often a target of nationalist ire are less surprising against a backdrop of steadily improving public perceptions toward Japan. The Chinese government’s friendly attitude has also created space for the population to more freely express such positive sentiments.

In a greater push to gain recognition as a benevolent great power, the Chinese government has offered assistance to other countries battling the spread of coronavirus. The initiative also extended to Japan with the donation of test kits, masks, and other protective equipment, leading some observers to celebrate the success of China and Japan’s “mask diplomacy” in making use of the coronavirus crisis to ameliorate an often fraught bilateral relationship.

The global health emergency is undoubtedly an opportunity to boost cooperation between the two countries and others in the region. Improving the resilience of the health systems of all countries covered by China’s global Belt and Road Initiative and by Japan’s Free and Open Indo-Pacific could indeed become a welcome shared objective around which to craft productive partnerships. If and when Xi Jinping does visit Japan later this year or in 2021, cooperation on health and other human security issues will be an important topic around which the two countries will craft their joint declaration.

But caution is needed as not to overstate the positive effect that the coronavirus crisis could have on Sino-Japanese relations. The goodwill generated between the two governments will certainly give a further boost to their ongoing diplomatic rapprochement and Japan’s response will also likely contribute further to the growth in positive perceptions among the Chinese public.

However there is still no indication that similar sentiments are reciprocated among the Japanese public. While Japan may not have the kind of xenophobia that’s becoming a concern in the United States, Chinese gestures of support for Japan are not having much positive impact either. All the while, Chinese ships continue their regular incursions around the disputed Senkaku/Diaoyu islands and elsewhere in the East China Sea, including a collision between a Chinese fishing boat and Japanese destroyer on March 31. The coronavirus crisis is more likely to accentuate the existing trends in the relationship than to alter them.