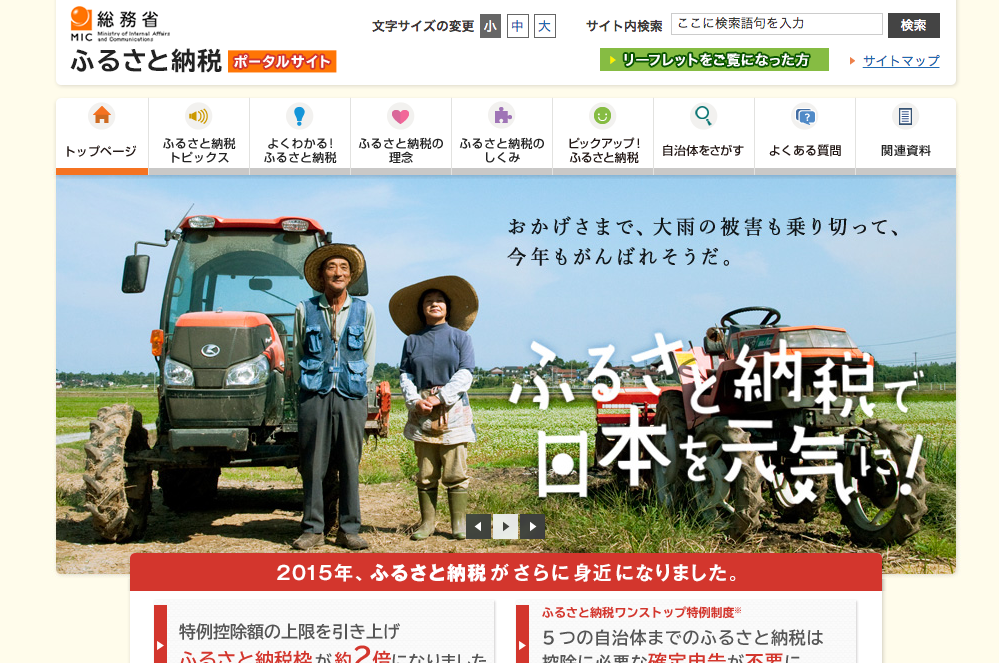 That’s the total amount of donations to Japan’s “hometown tax” system in the fiscal year ended in March, and the highest since the system – which awards tax deductions to people who give money to local governments – started in 2008.

As the program has grown in popularity, economists and some politicians have started to criticize the idea.

In the micro sense, it’s a good deal for donors. Donors get deductions on income or residence taxes and a gift – that they can choose – in return. Food and alcohol are popular gifts.

In the macro sense, it gives short shrift to local governments in urban areas where donors are actually living and using local, tax-funded services, since most of the donations are to local governments in more rural areas. Money given to rural governments through the program means less taxes to go to schools, childcare or other services in urban areas. Hometown tax donors living in Tokyo are essentially saying, “I want to pay less for local school services so I can get some expensive beef in the mail.”

It’s not all good news for rural governments, however. Local officials put a large percentage of the donation towards buying the lavish gifts. According to an article by Bloomberg earlier this year, one of the most popular hometown tax destinations in Miyazaki prefecture says it pays about 70 percent of the revenue from donations on buying gifts and PR. That number was 38.4 percent for the program overall, and in April the Internal Affairs Ministry asked local governments to take the ratio below 30 percent.

Finally, social business owners and charity managers say the system isn’t helping teach Japanese people about what it really means to donate. Despite the fact that Japanese households have ¥1800 trillion in assets, donating to charity is not especially popular. Private donations could be an important way to alleviate increasing poverty while local and national governments are strapped by debt. Hometown taxes proliferate the idea that a donation should be accompanied by some nice swag. Nearly three quarters of hometown tax donors said their motivation was the gift, according to a 2016 survey.

Sometimes it should be enough to give simply out of the kindness of your own heart.